The case of Cuba, and how decades of failed U.S. foreign policies never brought intended objective of dislodging that dictatorship, should be mandatory reading not only with all "customer-facing" State Department's diplomats, but with senior Congressmen, Senators and relevant American policy-making folk. While Versailles' patrons might scream forevermore for more "mano dura con la dictadura", fact of the matter is Fidel died peacefully, then Raul took over (peacefully) and was in charge till he wanted, and Castros' protégés continue with a "Revolución" that started in 1959. Oh, and embargo and all, the U.S. was -for decades- the primary provider of much of Cuba's needs. Now there's Venezuela, providing a timely and very fresh reminder of how pig-headed USG can be when making an effort, and how it continues effing things up when it comes to dealing with uncomfortable neighbours from down south.

The first policy blunder was to have ignored Hugo Chavez. He was just a wannabe Che Guevara that could’ve been easily won over had U.S. Presidents decided that a photo op in the Oval Office was a better deal than what ensued. Then Obama's homie handshakes signalled that a thaw was in the works, alas nothing of the sort happened. By this time, Chavez was the latino jester in the court of Putin and Jinping, neither of which missed the chance to add Venezuela to their respective spheres of influence -obviously- while poking Uncle Sam in its own "backyard". Thus, ham-fisted policies pushed a traditional ally to Russia and China without anyone -over at The Hill or in the White House- stopping and saying "hey, what the hell is going on here?"

The calculus at State was "who cares?" Such amateurism and lack of foresight is the root cause of all present headaches USG is facing today internationally. The suits just couldn’t care less, that’s for sure.

Taking Venezuela as an example, when the country did enter -though nowhere near relevant positions- the problematic list, microphone diplomacy was implemented. From not talking about it to Donald Trump's "all options are on the table", it marked a welcomed-by-all-sides about face. Certain parts of the opposition were ecstatic, just couldn’t believe their luck. The "white hope", that is the "leader" who's a "direct descendant" of the Liberator that fathered no children, found himself in the commanding spot, with an absurd amount of influence vis-a-vis State Dept. Venezuela policy. He chose a harmless yes-man (Juan Guaido), and the rest is history.

Venezuela's democratic forces went from celebration to anguish very rapidly since Guaido's declaration of intent. Guaido's slogan "cese de la usurpación, gobierno de transición, elecciones libres" didn’t last long. Nicolas Maduro, and his Cuban, Russian and Chinese friends, saw through Trump's chest thumping BS and carried on with business as usual, despite a serious ramping up of Department of Treasury's designations targeting Venezuela, PDVSA and chavista officials. The opposition went through a very public and very embarrassing bitch fight. Maduro did allow for some elections, and -as ever- crushed his foes, not before his Minister of Elections announced that some 70,000 candidates (opposition included) had registered candidacies for the race.

Guaido and Lopez became Cassandra, for all but the Department of State, which obstinately continues supporting their "plan". The "plan" included forcing Maduro, with help from Maduro's people (Maikel Moreno, Raul Gorrin and Vladimir Padrino). Such is the incompetency level of current U.S. diplomats.

In view of the sorry spectacle, most European countries abandoned Maduro's opposition to their fortune. Maduro and his allies, among which the author of the book "How to avoid Treasury sanctions and live happily ever after" (Iran), were / are unfazed by whatever is decided up north. Oil continues to be traded with partners, old and new, and there's never a shortage of non-American players willing to engage, i.e. capitalism is alive and very well indeed in Chavismo's fiefdom.

Recent news indicate that even Americans -forbidden by Treasury’s sanctions-regime- are indeed seeking accommodation with Maduro. The State Dept. has got to be au courant, ditto Treasury. In this new development, the "opposition" branch led by Lopez -which was given control of CITGO- couldn’t be more irrelevant, but it won't just play dead and gave back what it got. A USG handover never tasted so sweet.

USG must have realised by now that it got played, badly, and through good intentions but bad partnerships got itself into an impossible situation. Just like in Cuba. Considering more pressing scenarios elsewhere, Venezuela has dropped a few spots in the to-do list, while oil -ever the saviour for Venezuela- is hovering $90 a barrel. Maduro is, therefore, laughing all the way to the Swiss, Russian, Turkish and Chinese banks.

The only intelligent thing left to do for President Joe Biden's administration, short of a dramatic escalation that will never happen, is to go with the flow, abandon the scene and unleash capitalism on Venezuela. All sanctions should be lifted. Maduro is not going to be forced, one way or another, with meaningless carrots. What could relax and make him more amenable to civilised behaviour, to an extent, is to open official and direct communications conducive to an Entente Cordiale. The USG can not hope to bestow legitimacy to Guaido, can not force / dictate terms, can not hope to be a valid interlocutor in a domestic quarrel while openly siding with one of the sides, and, most certainly, can not even remotely hope that a haphazardly implemented sanctions-regime informed on intel provided by totally corrupt and compromised partners is going to make a very wealthy and very resourceful strongman, like Maduro, consider anything non advantageous to his position.

It is very simple: Maduro sits at the top, not Lopez. Like the Venezuelan saying, he owns the circus. Talking to clowns is a waste of time. Rather than alienating the boss, creating conditions that could bring a vast improvement is a better proposition than current situation. Sort of like a rising tide lifts all boats. No one beats Americans at their own game (capitalism). Instead of pushing Maduro to the likes of Putin, he ought to be made comfortable dealing with America and what it has to offer. In the case of Venezuela, and most of its people, that prospect is always going to be way more appealing than whatever could be offered elsewhere. No one protests when Russia, China, Iran, or Cuba withdraw a visa. No Disney World there, no Ivy League universities, no ease of doing business, no freedom, no property rights.

Also, it'd be better, undoubtedly, knowing what the associates of Putin and Jinping are doing over here... 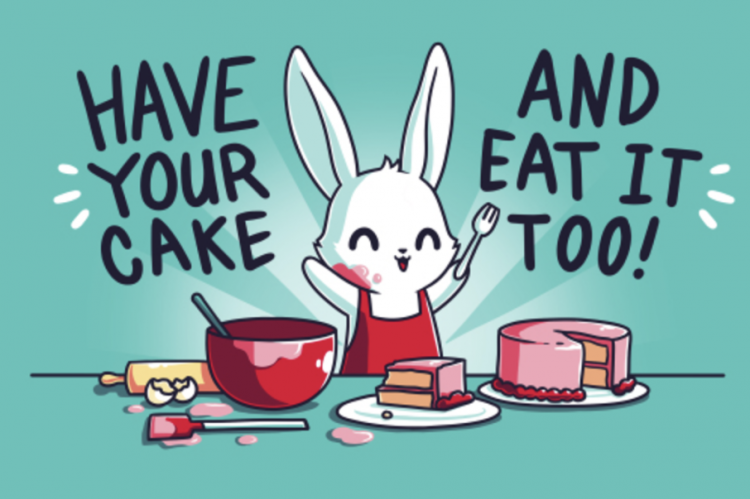