A court in Spain has refused to extradite Hugo Carvajal to the U.S. Carvajal is wanted in connection to drug trafficking by the DEA, and argues that charges against him are "fabricated". Let's take a couple of steps back. This site has information that -as early as February 2001- Hugo Chavez was made aware of presence of narcoterrorist groups in Venezuela. In May 2011, I wrote about Chavez's disturbing relations to Colombian cartels:

The level of penetration of FARC in Venezuelan public institutions and officialdom is disturbing. But above all else, it shows why Hugo Chavez, in clear violation to UN resolutions, keeps siding with FARC: he sees the terrorist group as a useful partner both for internal and foreign policy agendas. As early as 1992-1994 Chavez was on the FARC's take, that's four full years before his election. So committed seem Chavez to the FARC's cause, that at one point he offered Venezuelan oil, to be traded by the rebels in the spot market, and with resulting income MANPADS could be purchased to Aleksander Lukashenko's regime. What a lovely story.

The quote above came on the back of publication, by International Institute for Strategic Studies of "The Farc Files: Venezuela, Ecuador and the Secret Archive of 'Raúl Reyes'", which laid out in excrutiating detail the level of cooperation between chavismo and narcoterrorist groups from Colombia. It is not a fabrication that Chavez broke all diplomatic / commercial relations with Colombia, at least four times, due to FARC, for all intents and purposes a drug cartel. Carvajal, as many other chavista officials, was ear deep in it.

Nicolas Maduro is also a friend. Recent statements by FARC narcoterrorist Ivan Marquez of relaunching armed struggle against Colombia were made from Venezuela, where they are all very welcomed by Maduro.

Carvajal was once arrested in Aruba. The interesting part is that, once freed, he flew back to Venezuela in Roberto Rincón's private plane. Why is this relevant? Rincón was subsequently charged and arrested due to his involvement in massive corruption schemes with PDVSA. Rincon's son was arrested in Spain too.

But so have Nervis Villalobos, Javier Alvarado, Rafael Reiter, Luis Carlos de León, Claudia Diaz and husband Adrian Velasquez. Except de León, all of these thugs share same legal status with Carvajal: arrested in Spain on corruption, money laundering or other charges, subsequently freed by Spanish courts refusing to extradite the lot of them to America, to face pending charges presented by the Justice Department. All of these thugs are in a presentation regime, their passports confiscated. How difficult would it be for any of them to disappear, considering the amounts they've stolen from Venezuela?

Helping criminals escape American Justice isn't the only thing Spain is doing though. For there's REPSOL, helping PDVSA circumvent Treasury sanctions. There were tankers near José refinery loaded with crude since Jan/Feb. PDVSA sources tell me that all of a sudden REPSOL bought cargoes and got the crude going in the last few days. Tankers involved are Galway Spirit, Whistler Spirit, Cabo Fuji, Diamondway, Seletar Spirit.

Then, there's the "successful" business stories from Spain: Alejandro Betancourt is this shrewd business angel behind the "international launch" of an online sunglass retailer; Miguel Angel Capriles Lopez is Madrid's new luxury real estate midas; Juan Carlos Escotet buys banks without money and in no time puts Spain's largest banks to shame; telecoms cos owned by Moris Beracha, Danilo Diazgranados and Armando Capriles that partner with Telefonica in LatAm; Victor Vargas keeps gossip press amused with his flying polo players and horses circus; the Neri Bonilla brothers rescuing legendary publications... It's all a gigantic laundromat Spain, where huge amounts are being laundered by the Boliburgeoisie in plain sight, without as much as a question from Spanish authorities.

One exhibit is particularly galling: Spain's Central Bank (Banco de España) was involved in Betancourt's purchase of a ~€23 million castle that was being auctioned by a court. Nobody at the bank thought fitting to ask Betancourt what was the origin of his funds. Nobody involved in the auction process by the court, which had confiscated the asset from yet another thug, applied minimal anti money laundering guidelines.

Similar thing happened with Banca Privada d'Andorra, and its subsidiary Banco de Madrid. While FinCEN declared it a money laundering concern, Venezuelans involved travelled to / and lived in Spain for years, before being arrested.

One of Spain's most "notorious" lawyers (Baltasar Garzón) is advising Carvajal. Wilmer Ruperti -another regular visitor- is paying the fees. It seems incredible that Spanish courts could rule against extraditing somebody like Carvajal to the U.S., considering how "offended" Spanish authorities seem to have been in the past at Venezuela's refusal to extradite ETA terrorists back to Spain.

It is evident Spain is using Carvajal as leverage with PDVSA and Maduro. It is equally evident that America's gravitas and soft power around the world isn't what it used to be. 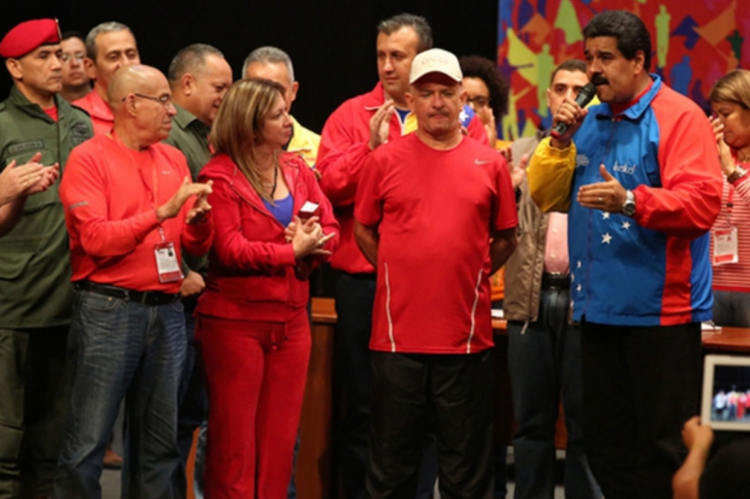