A question we get often, from analysts trying to make sense of what's happening with PDVSA's trading, finances, assets, etc., is: what's going on with crude deliveries? Maritime tracking apps / software are, in Venezuela's particular case, not fit for purpose, for these rely on vessels' AIS transponders to broadcast geolocations which are picked by terrestrial or satellite receivers. This information can then be seen on maps easily. But what happens when ships switch transponders off, which has become the new norm in most of the tankers involved with PDVSA?

To track properly what is happening in Maracaibo lake, Cardon / Amuay refinery complex, José and Guiria access to real time satellite imagery is needed. It is the only way to see what exactly is going on. Ships can be seen, for sure, but IMO details and cargo loads are not known. The exercise turns into a global game of hide and seek, as tankers depart / arrive in Venezuela after weeks, or in cases months, without broadcasting positions at sea. When StS transfers to other vessels taking part in the hiding game are added (in the Mediterranean, Togo or other far away places), it becomes a needle in a haystack play. Crude loads can only be speculated about, unless corroboration with PDVSA sources takes place.

Venezuela has become the new global standard in sanctions avoidance, and the fact that it is, unquestionably, the most corrupt country in the Western Hemisphere helps of course. PDVSA is now in the hands of a wanted kingpin involved in narco terrorism, but it comes from being run by army generals, or worse, protegés of Rafael Ramirez, the architect of its financial demise. The overlord is the head of a narcostate.

Major partners, like Rosneft and Swiss energy trading houses, sought to avoid further problems with America's Treasury and Justice Departments and have left. To compound the problem, parties that were involved were completely untrustworthy: from Italy's ENI, to Spain's Repsol, Reliance Industries, China's CNPC, Rosneft... but the new players are a cut above. It is looting of the highest order, run by a bunch of criminal gangs that have nothing to fear.

The race now, after Mexico's relevant registry got hacked, is to identify who are the ultimate beneficiary owners (UBOs) of Mexican shells Libre Abordo, Schlager, Richeart, and Jomadi, all of which are involved in different types of barter trade with chavismo. Some bring in food stuff and water tanks, others gasoline. All of them settle accounts with crude. Unconfirmed chatter has it that Alex Saab, a Maduro / Cilia favourite wanted by DoJ, is involved. Another name bandied about is Alex Bazzoni, of Elemento Ltd. Wilmer Ruperti also gets a mention, and he has form in "coming to PDVSA's rescue", as he did back in 2002. Another Alex (Derwick's Alejandro Betancourt) is said to be very active as well, now that his main client (Nynas) is in administrators hands.

The problem remains though: in the absence of reliable shipping data PDVSA's current trading remains very difficult to determine with accuracy. Reports of PDVSA's staff direct involvement in StS transfers shenanigans around Aruba and Guiria, rather than through customary use of maritime agents to prevent information from leaking, complicates the issue even more. There are certainties in this game of chicken between Treasury and the world's opportunists: 1) there will never be a shortage of thugs willing to risk it, financial rewards can propel those involved to multimillionaire status in no time; 2) narcos don't give a toss about sanctions. 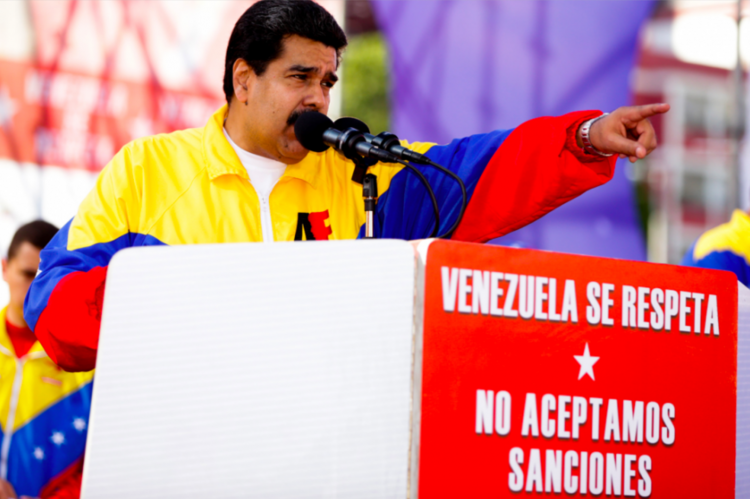