Belying all the praise however, there are equally truthful aspects of Boies that, at least to this observer, put him in league with some of his very powerful and almost untouchable clients that end up a fraud.

Case in point, Boies’ involvement with Venezuelan Wilmer Ruperti. Under no stretch can Ruperti be described as a legitimate businessman. On the contrary, Ruperti is so crooked that even entities associated to the Russian State took him to court: for corruption! That's like Charles Manson suing someone for psychopathic behaviour. Unusual numbers of Ruperti-like figures have emerged in Venezuela since Hugo Chavez won the presidency in 1999. An extraordinary windfall running into the trillions facilitated corruption to levels never seen in history, even in a place as corrupt as Venezuela.

Attention to detail would have put out most “brilliant minds” from involvement with Ruperti. Not Boies though, whose first Venezuela-related involvement was to defend Nicolas Maduro’s cocaine-trafficking nephews. In this respect, I remember an exchange with OCCRP’s Drew Sullivan once -about nominations for the most corrupt leader in the world (Putin, Duterte, the Castro brothers, Mugabe, etc.)- and saying: just name another president that has his putative children involved in shipping hundreds of kilos of cocaine to the US? Maduro’s nephews grew up and lived most of their lives with Maduro and his wife, Venezuela’s First Lady Cilia Flores. It's highly unlikely that Boies' defence of Maduro's narco-nephews will feature anytime soon in Wikipedia though.

Boies was retained, and Ruperti paid for it. Pointless to ask whether Boies ever did any due diligence on Ruperti. It didn’t matter really. What it demonstrates is that money trumps morals chez Boies, who has a rather long record of favouring businesses controlled by either his family, partners-cum-felons, or both.

The Wall Street Journal reported in 2005 that Boies’ law firm kept sending clients to Legal & Scientific Analysis Group, a joint where Boies’ children were partners of Bill Duker. An employee of Duker, William F. Chandler, then registered Spectrum Consulting, a forensic accounting firm used and represented by Boies. Spectrum Consulting, in turn, operated from Duker’s address in Albany and has David L. Evans as associate. Duker-controlled companies kept (over)charging millions of dollars thanks to referrals from Boies, who knew that Duker had been caught stealing from taxpayers. In the latest exhibit, Evans was put forward for deposition by Boies in recent court filings as representative of ALGAMEX, the shell controlled by Duker that is meant to provide PDVSA with litigation funding.

Carlos Spinelli, another crook who defrauded hundreds of thousands from clients, went from being disbarred to becoming Boies, Schiller & Flexner’s Corporate Department Administrator. With such appropriate credentials it took little to joining Duker at Rational Enterprise.

Boies’ hubris though, is what takes him to another league.

Any lawyer getting into Venezuela’s cesspit, is either a crook -like its clients, or stupid. No amount of rationalisation, specially considering Boies’ already stellar career, can explain such involvement otherwise. There’s no uptake in getting in bed with Chavismo for a guy like Boies, none whatsoever. But Boies must have thought that he could profit from the debacle, that he could negotiate freedom for narco-nephews in exchange for a wrongly imprisoned American missionary in Venezuela. Boies must have believed that cutting deals in New York was the same thing as doing it in Caracas. More revealing is Boies’ choice of partners for his Venezuelan adventure: Bill Duker, David L. Evans, Carlos Spinelli Noseda, Edward P. Swyer, Vincent Stephen Andrews, William F. Chandler (?)… A network of former partners, colleagues, employees, and collaborators, established over decades, that Boies has kept at a sufficient distance to maintain a veneer of plausible deniability is at the core of this affair.

Bill Duker, a long time associate of Boies, is a convicted felon. Carlos Spinelli, a Boies and Duker employee, was caught overcharging / stealing clients’ funds. Just like Duker. David L. Evans, an associate of Duker, is meant to be a forensic accountant, lecturing about the topic while comfortable with associating with a partner that defrauded the US Government. Edward P. Swyer, yet another partner of Duker and trustee of PDVSA US Litigation Trust, without the slightest concern about the man’s past. The other trustee involved, Andrews, is a former client of Boies.

These bunch of fellas appear to be right at home in the company of Ruperti, who pulled an extraordinary feat in getting Rafael Ramirez’s protegé Nelson Martinez (currently in jail) and Cilia Flores’ favourite prosecutor Rafael Muñoz Pedrosa to agree to a scam, called PDVSA US Litigation Trust, whereby legal action for fraud would be brought -by Boies- upon the world’s largest energy trading houses.

Bloomberg recenty did an advertorial on Trafigura, one of the defendants in Boies’ civil action in Florida. Trafigura, like Glencore, Vitol, Lukoil, etc., are the kind of enterprises that have thrived in the last decade or two, by actively pursuing business in the hopelessly corrupt but resource-rich developing world. None of these companies have grown to current size by winning transparent, fair and competitive bidding processes, but by out-corrupting the competition.

So Boies is siding with easily the most corrupt administration in the Western Hemisphere and its associates, to fight the most corrupt and largest trading houses in the world. David (Boies) v Goliath 2.0, although this is Harvey Weinstein's protector we're talking about here, a man so deprived of a moral compass that anything to further inflate his ego, and bank account, will do. Boies' abusive practices and recurrent conflict of interests are not solely circumscribed to his dirty work for Hollywood's preferred sexual predator. Bullying media and intimidating witnesses on behalf of clients or companies he's involved with, is not a fluke but a Boies pattern, as both the New York Times and the Wall Street Journal can attest.

Boies brought to this fight his A-team of criminal friends, former partners and crooked associates. Duker is meant to be funding the litigation behind a vehicle called ALGAMEX. Let me say that again: a felon is supposedly funding Venezuela's legal battle against the world's largest energy trading companies. Ruperti may be pitching some. Question is, can Duker and Ruperti outspend the likes of Trafigura, Glencore, Vitol, etc.? Or are there more powerful but hidden actors in cahoots? PDVSA, the Venezuelan oil conglomerate, isn’t helping with funds. PDVSA is, in fact, establishing commercial and financial partnerships with the very companies Boies is suing. To further undermine Boies’ alleged infallibity, he misrepresented, and accused, PDVSA’s Vice President Ysmel Serrano as one of the corrupt parties involved in taking bribes.

Boies miscalculated, was played or -worse- exhibited a great deal of incompetence. While preparing to launch his civil action in Florida to extract from defendants billions of dollars in settlements, a criminal complaint was filed before in Geneva by another lawyer associated with Ruperti. This deprived Boies from getting crucial evidence. How can it be explained that “Mr Attention to Detail” let that happen? Or was he kept in the dark about the Swiss action?

There is an agreement somewhere, between PDVSA and Boies (PDVSATRUST-0000285-289), to divvy up potential proceeds of civil action. What of the Swiss law firm though? For there must be some kind of mandate somewhere dictating terms of engagement there too. When a criminal process of this kind seizes assets, these are, generally, returned to aggravated party, in this case Venezuela. Were Switzerland to do so, how would that leave Boies’ share of profits arrangement with PDVSA? How would Duker recoup funds invested in litigation? Furthermore, were Switzerland to volunteer evidence to probes against PDVSA in US jurisdiction and were The Justice Department to launch yet another criminal probe, how could Boies possibly benefit? Did this consideration escaped Boies and the Swiss counterpart controlled by Ruperti?

Some people believe that Boies has everything under control, and this is just another exhibit of his craftiness and supreme knowledge of American jurisprudence. I don’t subscribe to that at all, for one thing is knowing how to play the American civil courts and media, and quite another to play chavistas, its utterly corrupt Swiss trading counterparts, Switzerland and American public prosecutors and law enforcement. Boies is not stupid, but a crook. His involvement with the worse chavista scum isn't a fluke either, for there's also his involvement with 1Malaysia Development Bhd (1MDB):

"However, the possibility of conflict of interest in the case of ‘star litigator David Boies’ appears to loom. Mr Boies was an active participant in an investment company named Panavista, which was funded by Riza Aziz and managed by Riza’s personal ‘wealth manager’ Debra Whelan.

Riza Aziz, who is Najib’s step-son, gained most of his income from 1MDB, according to the investigations.

One of the lawyers in the partnership headed by Boies was also none other than “high powered” Matthew Schwartz, who has been the main lawyer for much of Riza Aziz’s recent defence work and who personally attended global meetings about projected multi-million dollar investments by Panavista.

The overwhelming likelihood, therefore, is that Mr Boies and Mr Schwartz have themselved profitted from the ill-gotten money, which might be seen to complicate their defence of the man behind the conspiracy, namely Najib."

Either way, Boies is in an untenable position. Whatever agreement he signed is entirely meaningless for chavista officials involved. Ruperti, the Venezuelan involved with greatest international exposure, can -and has in the past- renege on deals. For Chavismo it is a policy. As per PDVSA, half the world is after whatever assets could be tied to it, given Venezuela’s ~180 billion dollars worth of outstanding debt.

It is doubtful that Boies’ reputation is going to come out of this unscathed. Like that of Fusion GPS before -with which Boies has also been associated- any involvement with Chavismo and Venezuelan “businessmen” ends up badly. There's a certainty about this case: the more parties duke it out in court, the more due diligence and discovery are undertaken, the worse it will be for Boies, Ruperti and PDVSA. And if The Justice Department takes on the case, well, there will be no place to hide for Boies. 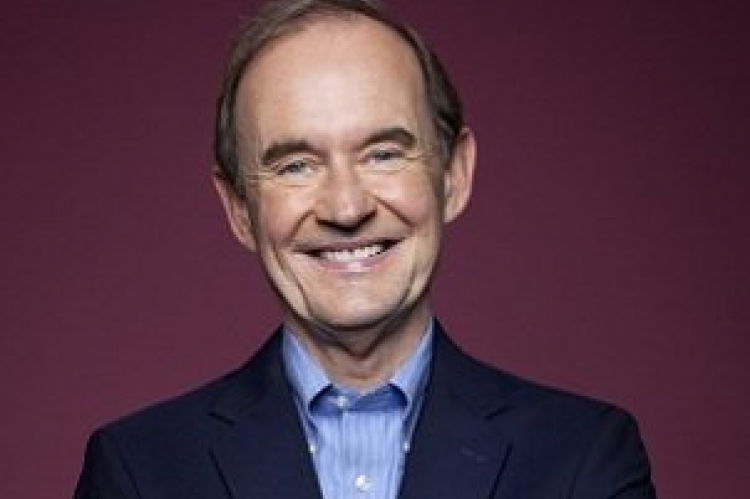 Add to Breaking news
On