Finally, a major publication like the Wall Street Journal picked up on the gargantuan corruption racket that Derwick Associates has been involved in in Venezuela. In "Venezuelan Energy Company Investigated in U.S.
Derwick Associates Is Probed by U.S., New York Agencies for Possible Bribery, Banking Violations", the WSJ goes to town on some of the issues readers of this blog have been aware of for quite some time:

NEW YORK—Federal and New York City prosecutors opened preliminary investigations into a Venezuelan company that became one of that country's leading builders of power plants during the administration of President Hugo Chávez, as well as into a Missouri-based company that played a key role in its success, according to people familiar with the matter.

The U.S. Department of Justice and the Manhattan district attorney's office are probing Derwick Associates, a Venezuelan company awarded hundreds of millions of dollars in contracts in little more than a year to build power plants in Venezuela, shortly after the country's power grid began to sputter in 2009, the people familiar with the matter said.

ProEnergy Services, a Sedalia, Mo.-based engineering, procurement and construction company that sold dozens of turbines to Derwick and helped build the plants, is also under investigation, these people said.

The probes are in their initial phases, the people said, and it is possible both investigations could be closed without criminal charges being brought. 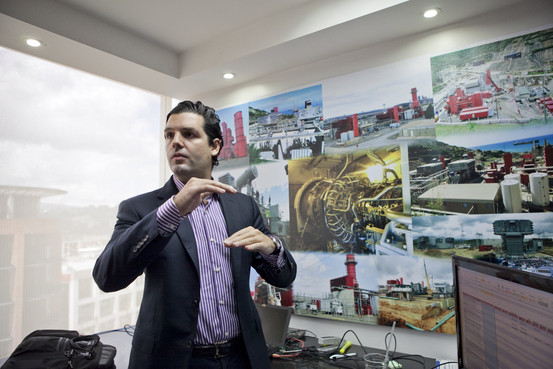 "Neither Derwick nor its principals have been contacted by any U.S. law enforcement agency," said Derwick President Alejandro Betancourt, in a statement provided by lawyer Adam Kaufmann. "We therefore question whether Derwick is the focus of any active investigation. In the event we are contacted by a law enforcement agency, we will cooperate fully. We are a transparent company and have nothing to hide."

A ProEnergy representative declined to comment on any investigation and said the company "is committed to doing business in full compliance with all applicable laws and to cooperating fully with regulatory and legal inquiries."

Meanwhile, people familiar with the matter said prosecutors in the Justice Department's criminal fraud section are reviewing the actions of Derwick and ProEnergy for possible violations of the Foreign Corrupt Practices Act, which prohibits offering foreign government officials improper payments in exchange for a business advantage.

Federal prosecutors are scrutinizing the difference between the prices ProEnergy charged Derwick for its equipment and the prices Derwick ultimately charged the Venezuelan government, one person familiar with the matter said. The person said that in some past FCPA cases, excessive margins have been used to conceal bribes to foreign officials.

A lawyer for Derwick voluntarily contacted and met with federal prosecutors last summer to discuss the FCPA investigation, a person familiar with the matter said. Those prosecutors haven't requested documents from Derwick, the person said.

In Caracas, Mr. Betancourt said Derwick didn't bribe any Venezuelan officials. He said Derwick won the contracts through competitive bidding because it made superior offers. He also said the company's margins were consistent with general industry practice and reflected the high financial risks taken on by Derwick during a difficult time to do business in Venezuela.

A spokesman at Venezuela's information ministry declined to comment, while spokesmen at the electricity and energy ministries didn't return calls seeking comment.

Mr. Betancourt and a cousin, Pedro Trebbau, registered Derwick in Venezuela in 2009 and drew the attention of opponents of the Chávez regime because of the large volume of business they did with the government.

Otto Reich, the top State Department official for Latin America during the administration of President George W. Bush, filed a civil lawsuit in New York federal court last year, alleging Derwick's founding cousins damaged his consulting business by falsely spreading the word that he was working for them. The lawsuit alleges Derwick and the company's owners, among others, obtained contracts to build power stations in return for paying multimillion-dollar bribes to senior Venezuelan officials.

Mr. Kaufmann, a partner with Lewis Baach PLLC, said the lawsuit is part of a smear campaign against Derwick, motivated by politics and family squabbles, and lawyers for Messrs. Betancourt and Trebbau have moved to dismiss it. "My clients categorically deny any allegations of paying bribes to anyone," Mr. Kaufmann said. "But for the damage it has caused, Reich's lawsuit is laughable, and his allegations are wholly without evidentiary foundation," he wrote in a letter to the Journal.

The Manhattan district attorney's office, which has jurisdiction over violations of New York state banking laws, is interested in Derwick's relationship with J.P. Morgan Chase & Co., according to people familiar with the matter. Investigators have interviewed potential witnesses about Eduardo Travieso, a childhood friend of Mr. Trebbau who worked at J.P. Morgan and served as Derwick's banker there, according to people familiar with the matter.

In March 2013, Mr. Travieso resigned from J.P. Morgan. In a report made public by the Financial Industry Regulatory Authority, an industry watchdog, J.P. Morgan alleged Mr. Travieso had acted in a manner "inconsistent with the firm's policies and procedures and may have violated applicable regulatory requirements, including using his residential address as the mailing address for certain customer communications."

Finra, which reported this year that it has made a preliminary determination to bring disciplinary action against Mr. Travieso for "potential violations" of certain rules, declined to comment, as did J.P. Morgan.

There's a couple of points I would like to make. Uncle Sam has been a keen reader of my writings since vcrisis.com days, that is at least 10 years. U.S. Federal Agencies have been gathering information on Derwick-like Venezuelan thugs for a very long time. Just imagine the sort of files they must have compiled over the years. So when the WSJ dares to print that Derwick Associates is being probed, you can bet top dollar that: 1) there's truth to claims published by me and others about possible investigations into corruption scandals involving American companies in Venezuela; 2) these investigations take time, and are most certainly helped by companies, such as Derwick Associates, that go around suing, threatening, censoring, and rubbing their ill gotten wealth on everyone's faces; 3) regardless of what Derwick Associates claims, to the effect that they are "a transparent company and have nothing to hide", the fact is no authority, much less a number of them, would have launched an investigation into Derwick's activities based on false information, for what the WSJ did not print is that the FBI, the IRS, the Treasury and the SEC are also on Derwick's case.

So let me put it publicly, for Derwick's attentive reading: no Venezuelan can get the FBI, the IRS, the Treasury, DoJ, DoS, SEC, plus Federal and New York prosecutors to join in a "smear campaign" against you. This, you brought upon yourselves, when you had the fantastic idea of suing a Venezuelan bank in New York, and then in Florida, and after that you instructed Hector Torres to threaten all and sundry who dared report the case. And before you go claiming again through your new lawyer -it seems like you guys have a weakness for lawyers that have a disconnect between mouth and brain- that this is a "meritless, blogger-conspiracy financed by Oscar Garcia Mendoza", do have at the very least the presence of mind of remembering that award-winning journalist Cesar Batiz, at the time working for Ultimas Noticias (when it was "independent"), was the one who exposed your corrupt deals with former school friends, through which you started getting contracts from Venezuelan public institutions.

Derwick Associates never won "competitive bids". In the multiple occasions that Batiz and Ultimas Noticias asked Derwick Associates to reveal details of the contracts it had gotten from the Venezuelan State -bold added with the purpose of highlighting the fact that this is public money we are talking about- the company refused, repeatedly, to come clean. Derwick Associates has never been a "transparent company". Quite the opposite in fact.

There's only one Letter of Intent between Derwick Associates and BARIVEN -a PDVSA subsidiary- that has been published thus far, thanks to a leak to this site. The document reveals that both parties agreed to illegal confidentiality clauses and even waived Venezuela's legislation and jurisdiction over matters pertaining the contract. I would love to hear Derwick's new lawyer -Adam Kaufmann- explain, based on his former life as Chief Investigator for Manhattan's District Attorney's Office, how would a similar deal between a private company and U.S. public institutions be perceived according to current U.S. laws. It seems lost on Kaufmann that you can't bank on track record as a star employee of Manhattan's DA's Office and then question investigations of the very office upon which you've based your subsequent career.

Then there's the money laundering, in which JP Morgan has only been too happy to participate. JP Morgan not only laundered huge sums for Derwick: it also acted as mortgage provider AND proxy in a multimillion-dollar property purchase in New York, which, coincidentally, Derwick wants to dispose of now.

As of this writing, according to Venezuela's Contractors Registry Derwick Associates is suspended. None of its contracts have been finished. Despite Alejandro Betancourt's false claims, to the effect that thanks to his company Caracas no longer suffers from blackouts, these problems are far from over.

Derwick's arguments are lie upon lie upon lie, about credentials, about capacity, about expertise, about how it was contracted, about their executives, about their commercial relations with chavismo, about their wealth... There's hardly a word of truth in their statements that can be corroborated elsewhere. Only in Venezuela, and only with chavismo in power, could these people do what they've done. We should be grateful that American authorities have an interest in the likes of Derwick, and be equally grateful towards the WSJ for shining a light on corruption in our battered nation.

Now onwards and upwards towards the next target of my research: Roberto Rincón and his companies.