Picture the following: in recent visit to Washington, I proposed to Pedro Burelli -for many years esteemed friend- that, given that Juan Guaidó's interim administration was looking to recoup lost funds to help with Venezuela's reconstruction, legal counsel of PDVSA in Geneva lawsuit against Helsinge, Trafigura, Glencore, Lukoil, Vitol et al ought to be replaced. Reason is simple: current one (Canonica) came to it thanks to Wilmer Ruperti. Pedro wrote words to the effect that Jose Ignacio (Nacho) Hernandez Gonzalez was the key legal guy, and that strategy could be worked out to see how to achieve goal. I asked Pedro to make intros via email. But then a source reminded me that Mr Hernandez was, in fact, the legal expert employed by Lukoil, Glengore, Trafigura, Colonial and Vitol in defense against PDVSA US Litigation Trust's Florida lawsuit brought by David Boies. Rafael Badell Madrid acted in same capacity for Helsinge in Florida.

This site has provided, almost certainly, the largest amount of research / coverage on the PDVSA US Litigation Trust issue. Our stance with respect to (i)legality of David Boies' trust has been steadfast, since day one. Mr Hernandez's legal opinion is very much in tune with what we think is nothing more than one of the latest exhibits of Nicolas Maduro's utterly corrupt regime.

Problem here is not whether Mr Hernandez legal opinion is right or wrong, but the fact that he contracted his professional services in Florida to the very defendants he will have to face in Geneva, should he become involved in replacement of Canonica.

Sources report that both Messieurs Hernandez and Badell involvement came at the request of Francisco Morillo, head of Helsinge, who has no shortage of friends among the opposition leadership. Helsinge's legal strategy was pretty much aligned with that of other defendants in Florida case. When a Geneva court ruled on 4 December last year, against Helsinge, Trafigura, Glencore, Lukoil et al, this site pointed the glaring idiocy of rehashing in Geneva -where PDVSA brought a criminal case directly through Canonica- valid legal arguments used in Florida, where the case is civil and PDVSA acts through David Boies' farcical Litigation Trust.

Alas Morillo is not the only corrupt Bolichico salivating at Guaido's transition's prospects. For there's also a recent amnesty law, which basically promises a free pass to every corrupt in Venezuela, between 1999 and 2015. This is wholly unacceptable. We can agree on perfect is the enemy of good and all that, but Guaido's has no mandate to implement a blanket exoneration of this sort.

Moreover, such inexcusable pardon is impracticable. Every international criminal case brought against Venezuela's corrupt has come despite the fact that almost none has been probed in Venezuela. Past and present Attorney Generals and Chief Prosecutors have characterised, precisely, for their inaction against corruption. Luisa Ortega Diaz's and Tarek William Saab's real world credentials are as tools of political persecution against what chavismo considers "enemies of the revolution", Guaido's very mentor, Leopoldo Lopez, and supporters, Maria Corina Machado, Julio Borges and Antonio Ledezma being good examples.

We get that Venezuelans are absolutely desperate. Such desperation breeds unrealistic expectations. Rampant corruption and a fluid stance about it by Venezuelan political class in its entirety, are the progenitors of current humanitarian crisis. Juan Guaido ought to start making inescapable decisions: the corrupt and their political employees, legal advisors, spin doctors, bankers, facilitators, etc., have no place in a Venezuela striving to heal from injustice. There's enough untainted people that can move Venezuela back towards rule of law and a democracy that criminalises corruption wherever it may occur. 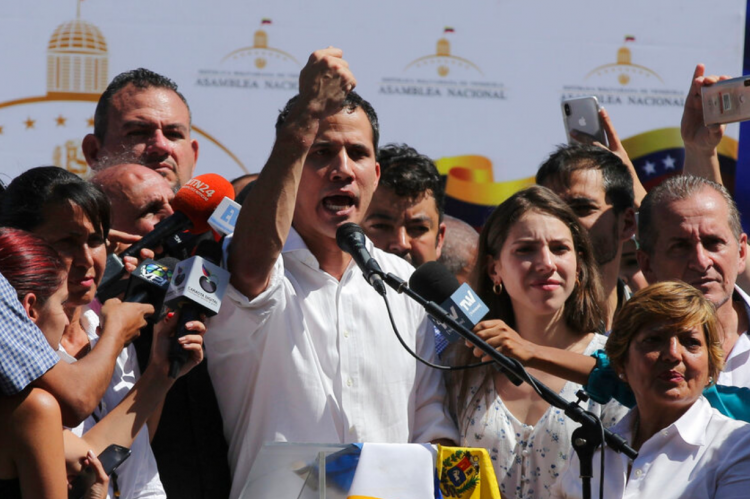