Boies got PDVSA to waive all rights re Litigation Trust

Continuing with the question of whether David Boies and Boies Schiller Flexner LLP (BSF) complied with FCPA, in the contract (Engagement Letter) with PDVSA that underpinned the formation of PDVSA US Litigation Trust, I should comment on another aspect of it: possible conflicts and waivers.

Boies got Martinez to waive any and all rights that PDVSA had in relation to issues pertaining the Litigation Trust. The Litigation Trust brought action against 48 defendants, among which some of the world's largest energy trading houses (Glencore, Trafigura, Vitol, Lukoil). But Boies reserved BSF's right to be engaged, by defendants, in unrelated matters. Even if such matters were contrary to PDVSA's interests. Boies placed this slam-dunk, conflict of interest exhibit there to leverage, presumably, his chances of earning fees from all sides involved in this dispute.

But the fact that Martinez signed in agreement, on matters that were way beyond his core competence and station, is what makes it extraordinary. Martinez, as Minister of Energy, did not have the powers to sign away sovereign rights in such a way. For such rights belong, absolutely, to the Bolivarian Republic of Venezuela.

PDVSA is a fully-owned State company. PDVSA does not own its assets, these are the sole property and domain of the Bolivarian Republic of Venezuela. International engagements of this sort (contracts of "National Interest") are governed by article 150 and 187 (9) of Venezuela's Constitution, which establishes that only an Act of Congress can approve of such (150), or authorize the President (Nicolas Maduro) to enter into contracts of National Interest (187.9).

The above brings us to Venezuela's Attorney General ("Procurador"), Reinaldo Muñoz, involvement in this Engagement. Muñoz' actions in this matter are governed by article 247 of the Constitution, which establishes his remit advising, defending and representing "property interests of the Republic, and must be consulted for purposes of approval of contracts in the national public interest."

But there's another issue: appointment to office of "Procurador" is governed by article 249 of the Constitution, which establishes that the President makes this appointment upon approval from Congress. Hugo Chavez allegedly died on 5 March 2013. Maduro was interim President between 5 March and 19 April 2013. Cilia Flores (First Lady) was Venezuela's "Procuradora" when Chavez died. Six days after Chavez's passing, 11 March 2013, Cilia designated his understudy Manuel Galindo as interim "Procurador". This was not an appointment proposed by the President and approved by Congress. Eventually, Galindo was moved to another office, again on orders from the Maduro/Flores clan. Muñoz's "appointment", as interim from 6 September 2015, was also in breach of article 249.

Some questions about Muñoz arise, in lieu of nonexistence of a) Act of Congress (150), and b) approval given to Maduro by Congress (187.9):

Do notice that Martinez, as Minister of Oil and Energy, is not allowed to enter into contracts of national interest. Only Congress and Maduro can do that. Martinez simply lacks necessary power to have signed away Venezuela's rights to Boies. But so does Muñoz, who can give his opinion on this or that, but can not himself enter / sign approval of contracts of national interest.

The above brings me to the only pertinent question here: just why would Martinez agree to Boies / BSF clauses in Engagement Letter, an agreement completely skewed against Venezuela's interests?

Someone, somewhere, got bribed. Like in the action Boies brought through PDVSA US Litigation Trust, there's no freebie like this in Venezuela, the most corrupt country this side of Moscow. Without bribes, there are no deals to be had in Venezuela. Glencore, Trafigura, Vitol, Helsinge, Morillo, Baquero et al certainly bribed their way into 'winning' bids from PDVSA. Deals of this type, like the former, can't happen without payment of bribes, which is a FCPA violation.

How is this utterly corrupt deal different from the action brought by Boies? How are Boies et al different -in receiving 66% of proceeds that belong to Venezuela and waivers of the sort- from what Glencore, Trafigura, Helsinge, etc. did against PDVSA? This is corruption, mega, on an unprecedented level. And David Boies and his BSF, Algamex, Bill Duker, Brennan Group, John Brennan, Meister Seelig & Fein LLP, Vincent Andrews, Edward Swyer and Wilmer Ruperti are in the thick of it. TBC... 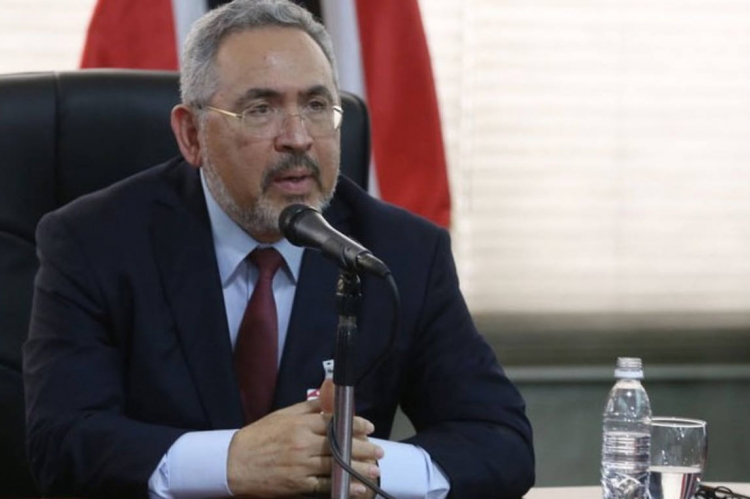