Followers of the chavista disaster will remember when they told us that Iran was there, "to fix refineries", that Russia was there, "to increase output", that China was there, in an equal partnership of two nations that had decided that the best way forward was "to carve their own independent paths away from U.S. Imperialism". After each vacuous announcement, PDVSA's production was going to be propelled to 5 million, to 6 million, to X million, which coincide quite closely with the numbers that PDVSA would be producing today with its old partners had chavismo not happened.

Reuters report that PDVSA needs some $58 billion to get back to where it was production wise pre Hugo Chavez. PDVSA, dear readers, got in excess of $1.3 TRILLION between 1999 and 2016. Worth repeating it: one trillion, three hundred and ninety one billion, nine hundred and twenty million fucking U.S. dollars! And yet, chavismo now needs $58 billion -of course it does- to save PDVSA from absolute ruin forevermore. Is cash rich China coughing out the dough? How about Vlad the Vampire? Whatever happened to Iran's "experts", have they reinstated PDVSA's refinery capacity back to 1.3 million plus barrels a day?

Not long ago, during chavismo's annihilation years, the U.S. oil production went from 5.9 million / day in Feb. 99 to over 13 million / day in Feb. 2020. Did China, Iran, Russia added to that phenomenal increase? No, they did not. It was good old capitalism, unleashed, so every player, big or small, experienced or not, that wanted a piece of the action was able to have a go at it. Chavismo could have done exactly that, but they stuck to expropriations, to shred contracts, to their incoherent "anti imperialist agenda" whose only result is the complete and utter destruction of the only source of legitimate income they ever had access to.

Chavismo's partners were never in the game of propping PDVSA up. They never saw it through the infantile chavista prism, but either as a cheap source, or as a competitor that could rob market share, or as a junior partner that could be used to show the finger to Uncle Sam. Venezuelan parochialism, which to converts red or blue establishes that Venezuela has, in fact, a geopolitical gravitas similar to that of its "partners", isn't a religion with many followers outside Caracas. Not even Washington has ever considered the country relevant enough to be put within top ten priorities. It's an annoyance, a barking dog, a low level conflict place. It's also a totally unreliable business partner. That's it. That's all.

It can continue being just that for many more years, decades. It will continue being just that, unless Nicolas Maduro takes a fast State management course with Xi Jinping. Elections are not going to change the status quo. The opposition is just chavismo with another name. The Hydrocarbons Law -that the Congress that no one recognises is likely to pass on Maduro's orders- will not make Venezuela under chavismo any less chaotic, corrupt, anarchical, respectful of property rights and contract law, it won't make its judiciary any more independent. That is, every last cent of those $58 billion needed, will be at risk. Every new partner will still be subjected to same set of problems that afflict current partners.

Maduro has a tall order, if he is to extend chavismo's permanence in power: an internal protectorate of sorts will have to be created. Guarantees (easy to cash) will have to be given. Praetorian forces (including judges, tax / customs officials) will have to be assigned to ensure new ventures don't have to deal with local thugs, whenever they show up. Maybe El Coqui can help. The financial / banking system will have to re-establish bona fides with counterparts around the world, so repatriation of profits can happen seamlessly. It is a monumental task, to recoup lost reputation, and here's where Guaido (Venezuela's President according to the State Dept) and his boss Leopoldo Lopez will have a role to play.

They have and will continue going to bat for Maduro, for sure. That's the only ticket to stay relevant. Instead of Cuban diplomats, Maduro's best PR is going to come from the opposition. Carlos Vecchio and Julio Borges don't speak for regular Venezuelans in their meetings stateside, but they surely do for masters like Raul Gorrin or Alejandro Betancourt. The kind of corruption that was promoted and allowed to fester will never be punished in Venezuela. Ever. Regardless of who sits in Miraflores. Maduro's own stance on corruption is as strict as restrictions imposed on wanted criminals like Francisco Convit, or indeed Gorrin.

The Biden Administration has, as per this site's sources, given a hurry up to DoJ and other Federal Agencies to conclude all pending criminal probes. It appears that some were put in the back burner by Trump & co for political reasons. Either way, the time of the nimble thug will continue. It will be the Derwicks, the Obertos, the Diazgranados and Capriles, the Saabs and Gorrins, they're the ones that are best equipped to navigate / operate in Venezuela. The "reconstruction of PDVSA" won't only bring new financial opportunities, but can make anew a few "entrepreneurs" that carry an irremovable stench. Maduro's traditional "strategic partners" are likely to remain indifferent to investing offers. 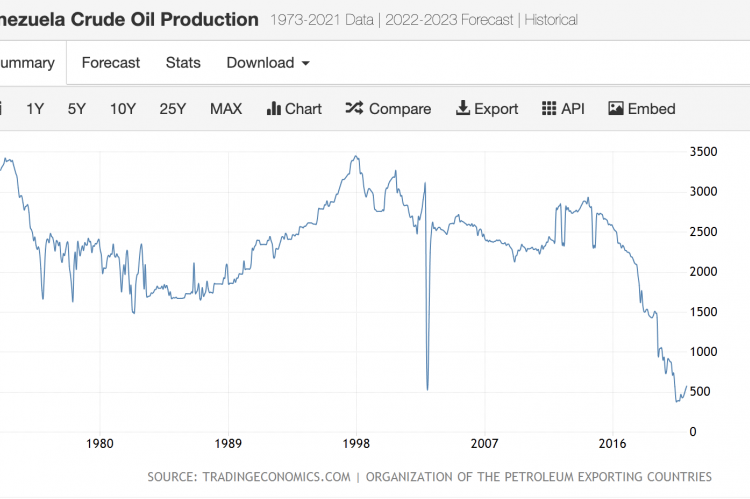