UPATED - The loot of Venezuela continues

UPDATED 19/01/2021 - 18:53 GMT - In late December two tankers journeyed to Venezuela with their AIS transponders turned off: Kitakaze (IMO 9221918) and Mirame (IMO 9227948). PDVSA's shipping line up shows these tankers loaded a total of 3.8 million barrels of crude, on behalf of a new client: Tracor Trading Company Limited. Data from TankerTrackers.com revealed the vessels' position at loading. PDVSA sells its crude at discounted prices, and reportedly has included a price of $35 USD in its 2021 budget. For argument sake, let's just say that such an estimation is too optimistic, and give a $25 USD per barrel: crude aboard Kitakaze and Mirame would be about $95 million. 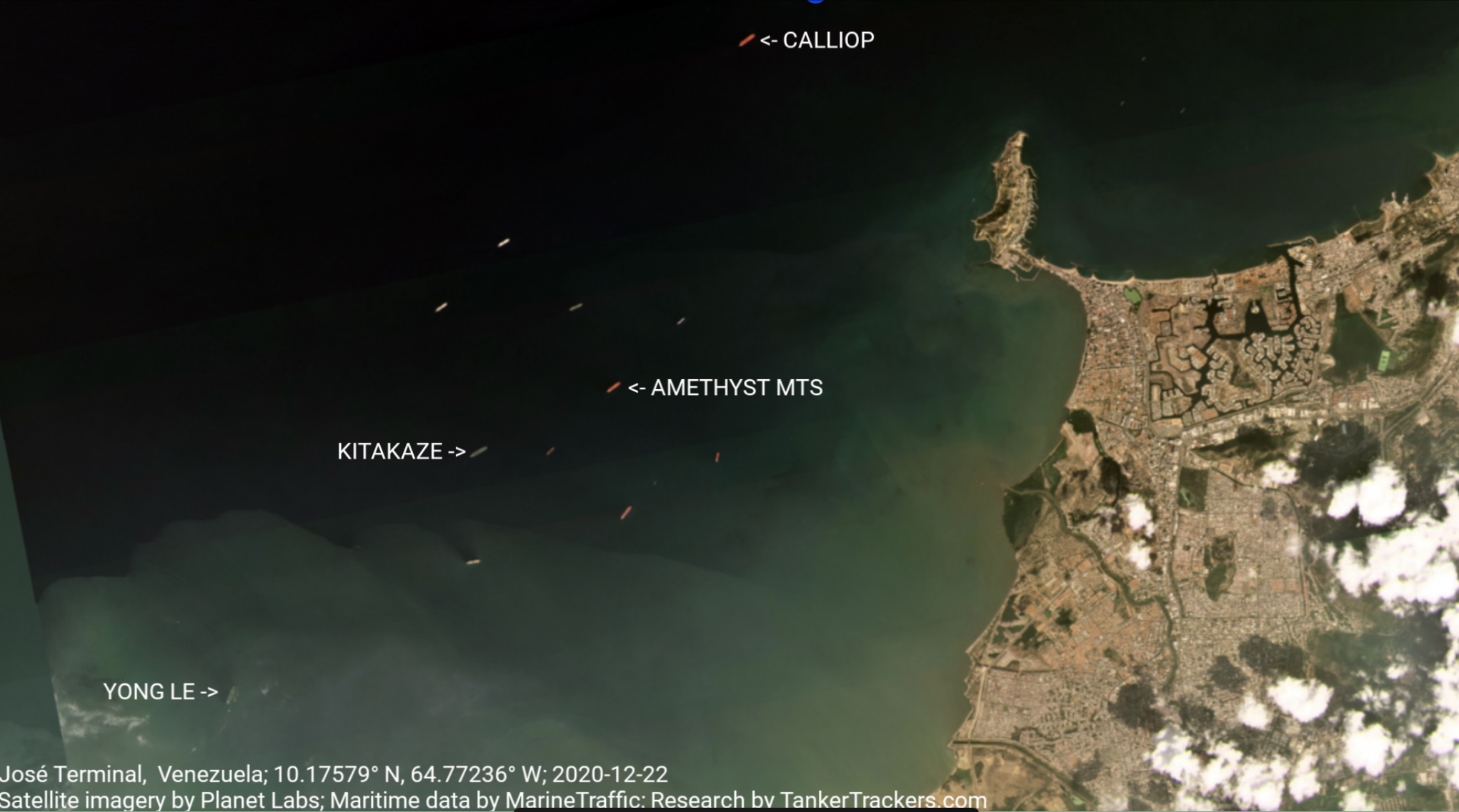 There's no trace thus far of Tracor Trading Company Limited. As per tankers involved, these were owned until 23 April 2020 by Mercantile $ Maritime Trading. Since then, Trident Tenacity Ltd owns Kitakaze and Trident Symphony Ltd owns Mirame. Both Singapore-bound vessels sail under a Djibouti flag, and both Trident entities were incorporated in Seychelles.

While in the ownership of Mercantile & Maritime, that is, before 23 April 2020, Kitakaze and Mirame were part of a fleet of vessels used for StS transfers of Venezuelan crude off the coast of West Africa, according to Lloyd’s List Intelligence. On 2 March 2020, Reuters reported "Mercantile & Maritime said on Monday it would terminate its shipments of Venezuelan oil for Rosneft after the United States imposed sanctions on the Russian oil firm’s Swiss trading unit."

Asked about identity of buyers of Kitakaze & Mirame, representatives from Mercantile & Maritime Trading in London (Hawthorn Advisors) said that owing to confidentiality agreements no information could be disclosed. Hawthorn explained that sale had been done by "transferring ownership of all associated companies and assets to new owners", prior to the 23 April 2020 announcement.

There is an "Ocean Going Master" called Erhan Tan, who claims to work for Sisalana since December 2020.

In its early January journey, Mirame loaded crude produced in PetroMonagas, that is a PDVSA-Rosneft joint venture.

U.S. Treasury designations may expose involved parties, i.e. Tracor Trading and current owners of Mirame and Kitakaze, to OFAC sanctions. This site has sent a request for comment to Pingali, in an attempt to determine his role and possible associations, however such requests ought to be put by U.S. Treasury officials if clarity on ultimate beneficiary owners is to be had.

In a nation like Venezuela, where most are desperately destitute, $95 million put to good use could do a lot of good.

UPDATE 19/01/2021 - 18:53 GMT: New data from PDVSA shipping line up shows another former Trident vessel (Trident Agility), is loading 1.9 million barrels of Merey in Venezuela on behalf of Tracor Trading Company Limited. PDVSA's line up shows the vessel as "Dungeon" in a clear obfuscation tactic. However sources have relayed to this site that real name is La Balena (IMO 9230969). Equasis records shows Auriga Shipping Management Pte Ltd as commercial manager and Trident Agility Ltd as registered owner. GSIS database has Trident Asia Shipmanagement Pte Ltd as registered owner... This looks like a replica of ownership structure described for Mirame and Kitakaze above, to hide UBOs to evade OFAC sanctions.