Much before Reuters "discovered" in an "exclusive" some of the corruption associated with Alex Saab, his Colombian lawyer, Abelardo de la Espriella, went to battle with Revista Semana, one of Colombia's most prestigious political affairs magazine. The reason was that, at the time, I used to co-author a column with Colombia's former tax chief, Fanny Kertzman, and in one such article we exposed the sudden rag to riches story of Alex Saab. That article was an intro into Saab's "successful business career" in Venezuela, which had materialised only because of Saab's connections to narco senator Piedad Cordoba.

Cordoba, aka Teodora de Bolivar, was for years a recipient of Hugo Chavez's favours. Her appearance in the documents recovered from slain FARC narcoterrorist leader Raul Reyes, left no doubt as to her revolutionary credentials. According to people close to Saab, Cordoba and Saab struck a friendship which catapulted him to Hugo Chavez and Nicolas Maduro's immediate circle of power brokers. In such setting, Saab went from heavily indebted, t-shirt impresario in Barranquilla, to multi billion dollar contractor in Venezuela.

When this site started to focus on Saab and his activities (2013), he was of course a completely unknown quantity. His only claim to fame had been to sign a contract with Hugo Chavez, Nicolas Maduro, Juan Manuel Santos and Maria Angela Holguin.

That contract was signed only four days after Saab registered a shell company in Colombia, that is, Chavez, Maduro, Santos and Holguin signed bilateral, multimillion-dollar construction / infrastructure contracts, with somebody's whose track record was in textiles, and had just registered a company. No due diligence or appropriate vetting was ever made about Saab. Piedad Cordoba provided the Chavez / Santos regimes all necessary bona fides.

Saab wasn't then quite the thug he is now. I spoke to him at least on three ocassions, and asked pointed questions about his background, credentials, etc. Saab never provided accurate answers, offering first to flight me -all expenses paid- to Venezuela, "to check" legitimacy of his operations, and when that daft offer was declined, sending instead one of his lieutenants to London to meet me, to "convince" me that the man was legit.

Some time after, a source very close to Saab got in touch, and started leaking information about Saab's operations in various jurisdictions, background of his partner German Rubio (aka Alvaro Enrique Pulido Vargas), how Rubio's sons were fronting for Saab's companies, his relationship with Cordoba, with Maduro's personal assistant Williams Amaro, how pressure was exerted by the chavista regime on Ecuador's President Rafael Correa and on Ecuador's Attorney General to drop charges in a probe that found Saab's corrupt deals, in sum, more and more evidence emerged, suggesting that Saab's mushrooming business empire was basically a gigantic looting of Venezuela's funds.

The deeper the investigation went, the more evidence of corruption was found, and we exposed just that in Revista Semana. On 30 October 2013, de la Espriella, Saab's and Cordoba's uncouth legal counsel, sent an email to Armando Neira, editor of Revista Semana, with a bunch of baseless accusations about me. Interestingly though, de la Espriella claimed that I was a fugitive from Venezuelan justice. When I was informed about that, I simply challenged de la Espriella to produce evidence of my fugitive status, which I am still waiting for.

But de la Espriella's hysterical vitriol did not stop there. I was reliably informed that he was also claiming, as other thugs close to Saab had done, that I was an extorsionist. This claim in particular is interesting given Saab's issues of late with Colombia's justice system. In this respect, de la Espriella repeats the same extortion canard, and goes on to "defend" the "reputation" of his client.

This site can report that both Alex Saab and Abelardo de la Espriella are persons of interest for U.S. Department of Justice, FBI and DEA. Given his partnership with Rubio (Pulido Vargas) and Cordoba, Saab has been under scrutiny for quite some time. Saab, who left for Rome just before the recent Colombian probe was announced in late September, has also become a person of interest for Italy's financial watchdog.

It remains to be seen what the Duque administration is going to do with Saab, his lawyers, business partners and operatives. Evidence of wrongdoing is piling up in various jurisdictions. For Saab did not just keep to the construction sector: he went into FX / parallel market trades, foodstuff, and oil and gas. Saab has been a conduit of sorts between PDVSA and Trafigura according to sources, which report that Saab's toxicity neccesitated the presence of more palatable interlocutors in such deals. Folks like property developer Jean Paul Rivas are part of Saab's network. 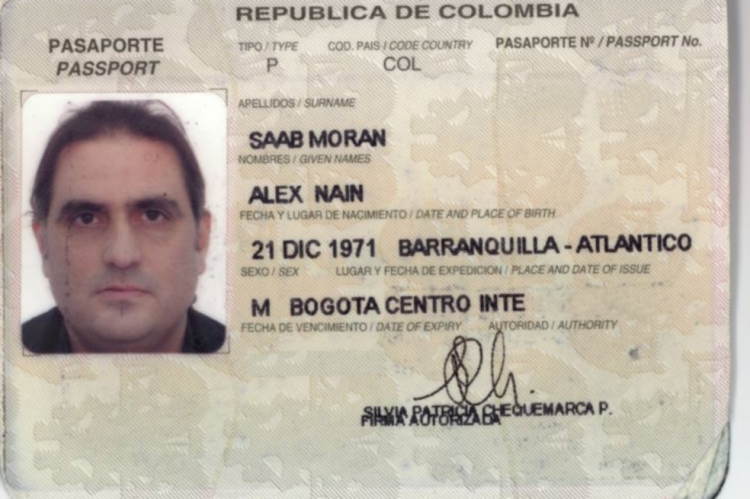