Saet Precedent: way to go in legal cases against PDVSA

There is one record that distinguishes the administrations of Hugo Chavez and Nicolas Maduro with previous governments in Venezuela: amount of international lawsuits brought against PDVSA. Reasons are varied, but it all comes down to yet another unique characteristic of both Chavez and Maduro: total disregard for contracts and its legally binding aspects. Law is not something that was ever going to stand in the way of the Bolivarian Revolution. If it could not be amended on the fly to suit revolutionary needs, it would just be ignored. Since 1999, Chavez and Maduro have disregarded a huge amount of contractual obligations PDVSA had committed to, but in a 2004 ruling their own Supreme Court gave suing parties an unbeatable legal argument: the Saet Precedent.

PDVSA has been faced with a large amount of international lawsuits in different jurisdictions from all kinds of creditors. One commonality is PDVSA's refusal to meet its obligations. Another typical aspect is PDVSA's repetitive use of the alter ego argument. The objective of this strategy is to weaponise corporate veil in order to protect assets held by PDVSA and / or its affiliates. In short, suing parties are asked to establish link between PDVSA and its subsidiaries, and to provide proof that PDVSA does exert executive, administrative and operational control over its affiliates, something the doctrines of alter ego and corporate veil make almost impossible.

For example, in a case brought against PDVSA for failure to make due payments to bond holders, CITGO can not be held liable. Invariably, the argument of defending counsel is that CITGO and PDVSA are completely separate entities, therefore CITGO can not be forced to pay PDVSA's debts, neither can CITGO's assets be attached to an award granted to a claiming party. CITGO is just one of many fully owned subsidiaries of PDVSA. For all practical purposes, PDVSA is the ultimate beneficiary owner (UBO) and controler of every single subsidiary of the group.

While PDVSA has had some success with the alter ego argument in international disputes, Venezuela's own Supreme Court ruled in the Saet Precedent (reiterated numerous times since) that no such thing applies. In a labour dispute, an employee filed claim against its employer (Transporte Saet La Guaira C.A.), which was in turn a subsidiary of another (Transporte Saet C.A.). The ruling established that neither the controlling company nor its subsidiary could escape responsibilities towards suing employee, because the CEO of both entities was the same person, and the subsidiary's main shareholder was Transporte Saet C.A.

"When the Saet Precedent pierced the corporate veil, the Constitutional Chamber did not
establish a fraud or any other tort, which would justify forcing one company to pay a debt
owed by another company of the same group. The reasoning is that the indivisibility of
the obligations of the corporate group gives rise, as a general rule, to a group liability,
which prevents a fraud or another tort. So a fraud or other tort is not a requirement of the
group liability; instead, the fraud or other tort is what the group liability seeks to prevent.
Such group liability arises, as a general rule, from the indivisibility of the obligations of
the companies of the group.”

"Thus, pursuant to the Constitution and the Hydrocarbons Law, the PDVSA group is
formed by PDVSA, whose only shareholder is the Republic, and the PDVSA
subsidiaries; and all these companies are subject to the Minister’s control. Accordingly,
PDVSA and its Affiliates are jointly liable under the Saet Precedent.”

"The Supreme Tribunal has applied the principles of the Saet Precedent to PDVSA
and its Affiliates. For instance, the Social Chamber rendered a judgment on April 16,
2013, in the labor case of Marco Tulio Acosta Ferrer against PDVSA (the “Acosta
Precedent”).83 In this case, PDVSA had presented a defense according to which it had
no standing, since Marco Tulio Acosta Ferrer worked for PDVSA Petróleo, S.A. (“PDVSA
Petróleo”), another subsidiary of the group, and not for PDVSA, which is a different legal
entity. This defense was rejected by a court of appeals; so PDVSA presented a cassation
appeal to the Social Chamber, which ratified the court of appeals’ decision. The court of
appeals’ decision to reject PDVSA’s lack of standing defense is described as follows by
the Social Chamber in the Acosta Precedent”

"CONCLUSION. Under current Venezuelan law, the corporate veil between entities of
the same group can be pierced by establishing the relationship between them; so the
corporate veil between PDVSA and its Affiliates can be pierced by establishing that the
Republic owns PDVSA, which in turn owns its Affiliates, all of whom are controlled
directly or indirectly by the Minister. The Constitution and the Hydrocarbons Law require
this ownership and control. At the present time, to pierce the corporate veil, there is no
need to establish a fraud against the group of companies’ creditors or any other illegality.
It follows that that there is no need to establish that PDVSA, its Affiliates or the Republic
incurred in an abuse of power or any other illicit behavior. Under Venezuelan law, as the
Supreme Court and other courts currently and constantly apply it, judges can lift the
corporate veil merely because PDVSA and its Affiliates belong to a group of companies
owned and controlled by the Republic. This has been the case since the year 2004, when
the Constitutional Chamber, exercising its power to create binding precedents pursuant
to the Constitution, declared that the only requirement to pierce the corporate veil is the
existence of a group of companies, which results from ownership, from control or from
the law. Therefore, to the extent Venezuelan law applies, the piercing of the corporate
veil must take place because PDVSA and its Affiliates form a group of companies.” [bold added]

Crucially for all parties suing PDVSA, on March 30 and based on the Saet Precedent a court in The Hague found against BARIVEN (fully owned subsidiary of PDVSA) and jointly against PDVSA, in a case brought by Sealing Gasketing & Corrosion Controls LLC.

As much as the Saet Precedent establishes, in Venezuelan jurisprudence, that PDVSA and all its affiliates form an economic group and are jointly liable, Judge Voorwinden establishes an international precedent against PDVSA and its subsidiaries on the basis of Saet Precedent.

The Hague rulings not only established jurisdiction, but could open the floodgates in every last dispute PDVSA and its subsidiaries are facing at the international level. It will force a rethink of CITGO's assets ring-fencing in the U.S. as well as a revision of the restructuring process at Nynas in Sweden. It will give ruling-validated arguments to all creditors seeking settlement of awards. Given outstanding debt amounts and number of creditors waiting to lay hands on PDVSA-owned assets, it will trigger a race that PDVSA won't be able to win. Expect a ruling invalidating Saet Precedent from Maduro's judges at Venezuela's Supreme Court. 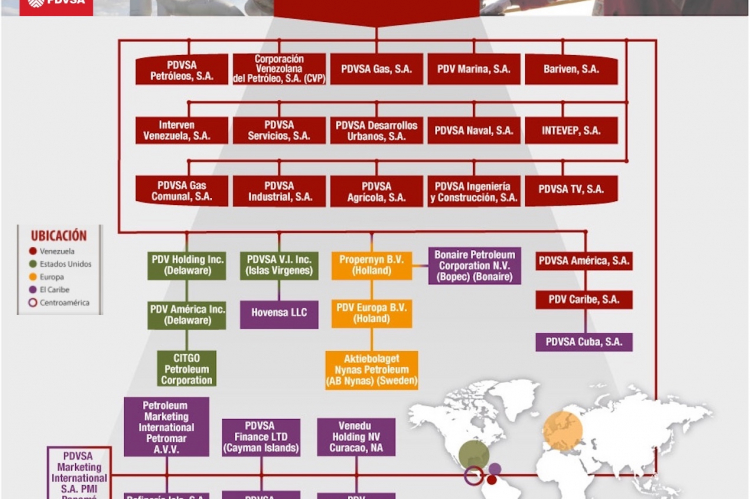