Infodio has been saying it since he decided to swear himself as Venezuela's interim President in the middle of the street back in January 2019: Juan Guaido is a fraud, a two-bit thug, an inept so out of his depth that to expect anything from him, other than continuation of utterly corrupt status quo in Venezuela, is a pipe dream. And now, information to that effect that we have been posting in this website gets corroborated elsewhere: Panampost beats CNN to the punch and posted yesterday a picture of Wilmer Guaido (Guaido's father) in Alejandro Betancourt's hunting pile, while Rudy Giuliani and Lev Parnas were visiting last August.

We would like to provide some context here (in Spanish).

First has got to be reason of Guaido's "interim presidency" existence. That one falls squarely with the State Department, which in its seeing Leopoldo Lopez as a viable alternative to chavismo decided to throw its weight behind Lopez's puppet, Juan Guaido. Evidently, a miscalculation of phenomenal proportions that'll bring unavoidable consequences.

Then Guaido's three-step initial strategy: "1) cese de la usurpación, 2) gobierno de transición, 3) elecciones." Let's start with number 1, "cease of usurpation". How could that come about? Who thought of it? Who could  possibly entertain the idea that a kleptocracy run by criminal organisations of varying perilousness would just "cease", and relinquish looting in the multi billion dollar order of magnitude, simply because some hapless imbecile supported by DoS was asking nicely? It just goes downhill from there...

Unable to attain goal number 1, Lopez then decided to "negotiate" number 2. For that, he counted on his proxies, good friends and benefactors. And so in the early hours of 30 April, Lopez emerged from house arrest with Guaido in toe, and declared that a good chunk of the army (just one criminal organisation under chavista umbrella), would defect to his side. LOL. They were played for the useless idiots they are.

Elections? By the same electoral authority that has guaranteed chavismo's power grip for the last 20 years? Right...

DoS has been hard at work, behind scenes, enlisting other nations to its harebrained and unachievable plan. It is a mystery why DoS could consider that Venezuela's most toxic leader could conceivably produce expected returns. But then again, it is a mark of just how debased Venezuelan politics are, that Lopez is seen as the best option. While the Trump administration realised how far it was from its regime change objective, and decided to double down and forge ahead, Guaido / Lopez and co were exonerating the corrupt, promising amnesties, negotiating with Raul Gorrin and Maikel Moreno, taking ill gotten blood money, spending humanitarian aid funds in prostitutes and booze, partying with Alejandro Betancourt, and living it. All of it out in the open.

Department of Treasury sanctions regime vis-a-vis Venezuela is akin to a poorly implemented medieval siege. While American banks, business, stream of commerce, currency, etc., are verboten, Turkish, Chinese, Indian and Russian entities continue to do phenomenal business with Maduro and co. This can be sustained for as long as Turkish, Chinese, Indian and Russian want, or till the penny finally drops and Treasury starts firing secondary sanctions to all and sundry. Otherwise there's the rub: Maduro et al will be able to stay in power for as long as they wish, sanctions and all. For Venezuela has now become, de facto, the world's largest money laundering economy.

PDVSA, as a matter of fact, counts on some of the world's largest oil service companies -some of them American-, and on Chevron -also American-, to carry on with its oil production and activities. So Treasury, by renewal of operating licenses, is actually allowing some American companies to assist chavismo and oil partners, such as Rosneft, to make a mockery of its intended sanctions regime. Quite inexplicable and totally counter to professed policy.

Equally inexplicable, the fact that Rafael Ramirez has not been indicted, the fact that Alejandro Betancourt has not been arrested, the fact that a bunch of utterly corrupt easy pickings living in Spain, the Dominican Republic and the U.S., whose criminality fattens Department of Justice's ever incremental evidence pile, continue to live, travel and launder money, completely undisturbed by American law enforcement. Why?

The region, LatAm that is, is characteristically meek about the whole thing. Rather than confronting chavismo and its facilitators head on, South American governments pray on not antagonising it and not having to deal with destabilising backlashes.

The fact that Juan Guaido is in Alejandro Betancourt's pocket is all that is needed to see where this is going. Venezuelan opposition politicos have contributed significantly to the current state of affairs: they are not part of the solution, but the problem itself, the other side of the chavista coin. They've been lying to and misleading Venezuelans since chavismo took over in 1999. Why would anyone expect a different behaviour to non-constituents, i.e. their American or international partners?

Lopez / Guaido / Voluntad Popular is controlled by Betancourt, Neri Bonillas, Torres Picon, Gill et al. Borges is Gorrin's man. Ramos Allup and Rosales are eons beyond the redeemable point. Expecting anything other than deception, lies, and corruption from this lot is insanity.

Venezuela lost yet another opportunity to rid itself of chavismo, and whose fault is that, but opposition politicians deprived of decency, humanity, courage and vision?

The Trump administration must, therefore, demand transparency from its Venezuelan "partners". Support must be conditioned, on full accountability lines. Information as to the whereabouts and activities of Lopez / Guaido sponsors must be demanded, as a precondition for any further plans. Lopez / Guaido teams must be thoroughly checked / vetted, they need to demonstrate to the countries that want to see and support a Venezuelan solution that they are trustworthy partners, rather than corrupt thugs out to line their and partners' pockets. 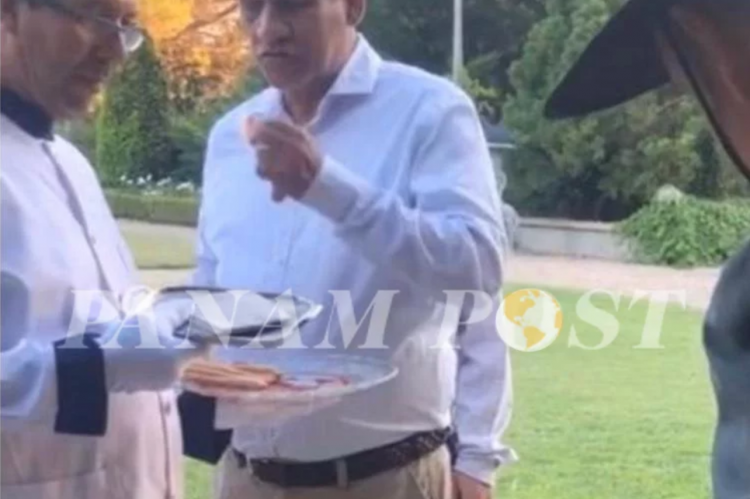