you don't strike me as a man concerned by the rigid formalisms of convention, so I take the liberty to address you by your name.

Venezuela, my country, is this irrelevant banana republic in South America you may have heard about through aides. It is a failed petrostate ruled, with great and enduring success, by a kleptocratic criminal collective known commonly as chavismo. They've been in power since 1999.

Earlier this year, your State Department thought it would be a good idea to follow Leopoldo Lopez's regime change plans, and it gave its blessing to Juan Guaidó's self proclamation in the middle of the street. That, right there, condemned the plan to failure.

I know you don't care about convention, but Guaidó should've sworn himself as interim president in Congress. I also know that your State Department only counted on Lopez and a handful of very close collaborators, which made impossible giving support to the plan by a wide-scope, unified front.

Lopez hand-picked Guaidó for the same reason Hugo Chavez picked Nicolas Maduro. We get that. I still fail to see why you went along with this though.

You might recall Bay of Pigs' fiasco. It was a harebrained idea that, naturally, followed its course to failure. What made you think that an even less competent bunch had any chances of overthrowing a formidable criminal gang, honed in the art of dividing its so called "enemies"?

It's been 10 months, since the virtual Bay of Pigs started, and yet Maduro is still there, calling all shots. Your diplomats failed. Spectacularly. They didn't factor Russia, China and Turkey into the equation. It'd be stupid to think that Lopez did.

I don't think we can draw historic parallels here. There are plenty examples, of regimes being overthrown, but never by tweet, never by proclamation, and never by half assed sanction measures. See, when U.S. Treasury ramped pressure up against chavismo, it should have gone full whack. It should have placed the whole world on notice: deal with chavismo at own peril. I know this may have prompted a few phone calls here and there. But nations of size wouldn't have let an affair about an irrelevant country imperil their commercial, political and diplomatic relations with the U.S. And if they did, you could have told them to fuck right off to Crimea, Tibet, or Kurdistan.

If you're going to disrupt Putin, Erdogan and Jinping business with chavismo, you have got to follow through. Otherwise, they read your BS, as indeed they did, very quickly.

This mess in Venezuela is also touching you, and some of your most trusted associates, directly, whether you like or not. The first major scandal in your presidency was that of the Golden Shower in a Moscow hotel, remember? The folk behind that, FusionGPS, were employees of a hugely corrupt contractor (alias Alejandro Betancourt), that has also retained Brian Ballard and Rudy Giuliani.

I mean, what the fuck man? Isn't there enough to go around in America's booming economy for these imbeciles to get into bed with such characters? Why did you allow Anthony Scaramucci to sell his stake in Skybridge shortly before getting to the White House to Danilo Diazgranados, yet another Venezuelan thug?

What does that say about you, your administration, and its übermenschen?

I get that vetting, and propriety, are strategies deployed against opponents, but mate, seriously, you ought to pay attention to this sort of details before getting your balls chewed.

There's less than a month left, for that farce of an interim presidency to come to an official end. That plan your people worked back in April was beyond the pale, a clusterfuck. For there's a constant you guys continue to disregard when it comes to Venezuelan politics: greed. Not one of the "opposition" fellas you have engaged has resolution of Venezuela's problems at the top of the agenda. Not one. They may humour your plans and strategies, they may "inform" your administration about this and that, they may bring actionable intel, but at the end all of it is based on a never-failing premise: what's in it for me? Or as we know it, "cómo quedo yo ahí?"

Carlos Vecchio represents the Venezuelan people as much as you represent Hillary. Julio Borges is as trustworthy as Peter Fritsch and Glenn Simpson. Leopoldo Lopez, described to me once at the State Department as someone "liked", sees everyone, you included, as deplorables in a basket that he couldn't kick soon enough once he reaches his goal of becoming president.

So get acquainted with the sort you're dealing. I'd say those opponents you perceive as the worst are very decent folk, next to Venezuelan politicos.

In the coming days you will see more and more evidence of their own corruption, much of it exposed by me over the years. You'll see how Venezuela's Congress was acting as a laundromat to protect, insulate from prosecution and white wash criminals that The Justice Department has spent inordinate amounts of time and American taxpayers' dollars probing and indicting.

Do not accept any excuse from Guaidó: because he is, directly, involved. I mean it, directly, in clearing a man the State Department was once asking me about.

Change tack mate. Replace your advisors and those responsible for dealing with the Venezuela problem. You still have the chance to do some good here. It would be a tremendous feat, if you could include in your legacy that your administration freed South America of the chavista pest. But for that, your people must stop entertaining Lopez, Borges, Vecchio, Capriles, Ramos Allup, Falcón, etc. Not even with the weight of unflagging support your government has thrown in, have this bunch of deranged and egotistical loosers been able to make a dent on chavismo.

I'm sure in your business career, whenever you've found something, or someone, unfit for purpose, you took corrective measures. If you want to get rid of chavismo, you first must get rid of its sidekick: the opposition. 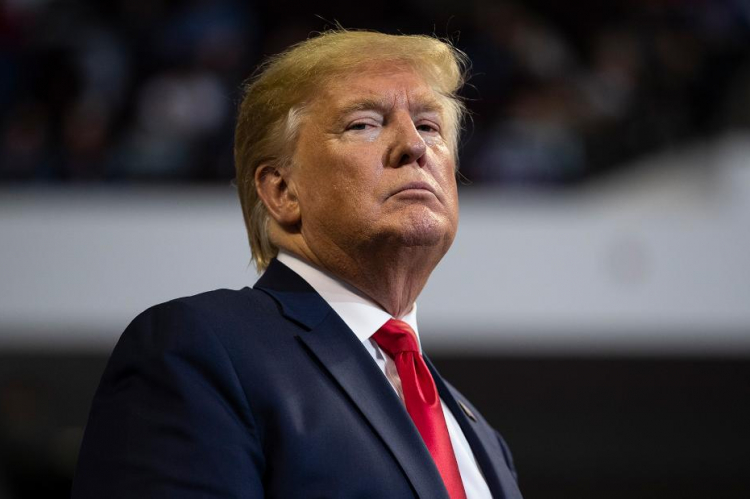