Danilo Diazgranados then, is one of those extremely well connected, publicity shy, Venezuelan "entrepreneurs", that have become minted in the chavismo era. Charles Henry de Beaumont, Diazgranados' personal banker / associate for all practical purposes, claimed in a communication that his client had a personal wealth of $1.2 billion, back in 2012-2013. So how did Diazgranados "make" his money?

Marrying "Fefi" Salvatierra, of the Salvatierra banking clan, certainly helped. That is how this "banker" started of, in the in-law's Banco Unión. Not the most kosher operation, for sure, Diazgranados made his own clan. Walter Alexander del Nogal (aka Alex del Nogal, married to Marisol Salvatierra), and Ramiro Helmeyer (associate of del Nogal and charged with Mario Patti's assasination), were soon in the news for making creative use of car bombs in 1993 to create panic in Caracas. This in turn brought a degree of volatility into the stock market that Diazgranados and his mates surely played for gain.

Diazgranados was arrested. Ditto his co-conspirators. But fortune was to smile on the bunch, for Helmeyer and del Nogal ended up sharing accommodation in prison with none other than Hugo Chavez. So instead of doing 30 and 20 years, respectively, they got pardoned and freed in January of 2000, after just six years. With Chavez in power lots of deals could be had, and that's precisely what Diazgranados and his mates did.

In the intervening years, the Salvatierra clan established first a partnership and then a sale to Juan Carlos Escotet. The family bank, Banco Union, became BANESCO after various expansion rounds. One of the Salvatierras was found to be involved in fraud, and his lawyer was Gustavo Perdomo, member of "Banda de los Enanos" judicial protection racket along with brother-in-law Raul Gorrin, a former partner of Luis Oberto... It is quite difficult to explain such coincidences. These thugs seem to have a magnet for each other.

As State Department officials would put it, Diazgranados was a "...primary facilitator... who serves as the intermediary between the BRV and financial institutions for deposits and bonds." That's what he did when he wasn't pretending to be running a "legitimate" rubbish collection business. His mate del Nogal got arrested in Italy on drug trafficking charges, while his other friend Helmeyer was offering bonds and outright stealing money. When things got out of hand with Helmeyer, dead bodies would pop up again.

Diazgranados had access to BANESCO, to the Salvatierra banking network, and to regime officials during the Chavez years through del Nogal (eventually Wilmer Ruperti's partner) Helmeyer and others.

He then got involved in a little bank in New York City (Savoy Bank). It wasn't long till authorities issued a cease and desist order against it. Diazgranados gets a mention in another fraud case against CITGO (SEC v FTC Capital Markets Inc., Guillermo David Clamens), and is likely to have played some part in yet another scam executed by associate Moris Beracha against PDVSA's workers fund.

Diazgranados name appears in connection with Celistics Transatlantic and Movilway, Beracha's Madrid-based telecoms ventures. In those companies there's another name, of critical importance for this "Who is...?" corruption series, that shall be featured soon: Armando Capriles Capriles, aka Coco Capriles / Pelón Capriles. Capriles in turn has a proxy, Leonard Boord, who is the brother of Capriles' sister's ex-husband. Other partners are Luis Benshimol (once Luis Oberto associate), Luis Otero, and Fernando Fiksman. Beracha and co aren't strangers to fraud accusations.

Imagine the shock upon getting a call from Bloomberg, saying that Diazgranados was behind attempted purchase of Anthony Scaramucci's Skybridge fund. A partnership between Jersey-registered RON Transatlantic Offshore Ltd and China's HNA Group was to make the acquisition. The deal didn't pass the smell test at the Committee on Foreign Investment in the U.S. and it fell through, but the question remains: just how did Diazgranados manage to get into such a partnership with the Chinese giant?

As it turns, through proxy/employee Laurent/Lorenzo/Laurence Roccia, Diazgranados had been cultivating political connections at the highest levels in America. Roccia apparently brought over $500,000 worth of donations to the Obama campaign. In return, he got invited to the inauguration, got appointed as some sort of external advisor/counsel to the Treasury, and got a few one-on-one and petit-committee kind of meetings with Obama officials at the White House (Reggie Love, Chris Lu and Ben Rhodes). Love has become a Diazgranados / Roccia employee, claiming in LinkedIn profile that RON Transatlantic has $8 billion under management.

Comments were put to Love, Lu, and Rhodes. Nothing was received at time of writing.

Demonstrating Venezuelan Boligarchs' distinctive ability to get into bed with whoever is in power, having a man inside the White House (Scaramucci), is a much a better prospect than having a PA (Roccia) "providing counsel" to the White House.

Going back to de Beaumont's estimate of Diazgranados' $1.2 billion personal net worth in 2012-13, who owns the rest? Here's where Beracha and Capriles become relevant. Celistics Transatlantic SL / Movilway, where Roccia was also involved, are a partner to Spain's Telefonica in telecoms deals across Latin America. Celistics accounts show €34 million paid capital, a far cry from "$8 billion under management".

Capriles has an old time, life long associate, called Miguel Angel Capriles Lopez, aka Michu. According to Matthias Krull, Michu managed to get -illegally- control of a $650 million fortune (2010 value), which he stole from rightful heirs. Michu in turn, is an old time associate of Juan Carlos Escotet.

RON Transatlantic owned about a 10% of Scaramucci's Skybridge, as per SEC filings prior to selling attempt. RON is in turn owned by RON Transatlantic Energy Partners LLC (15%) registered in Delaware, and by BVI's Prowes Holding S.A. (85%). Have a check at how the website of a company with $8 billion worth of AUM looks. Completely legitimate, or a money laundering front?

When trying to unravel the source of such considerable amount, it'd be worth having in mind the personal network of Roccia as well, who happens to be married to a very close relative of Francisco Convit, Pedro Trebbau and Alejandro Betancourt, also involved in the "loan" scheme detailed. Roccia’s brother in law was a partner at times of Alejandro Isturiz of BARIVEN fame, yet another source of gigantic corruption. Leonard Boord in turn, appointed by Rick Scott to Florida International University board, heads, among other ventures, an investment firm called Slon Capital, and seems to be exploring the cryptocurrency scene.

It would be foolish to think that connections mentioned mean nothing. When it comes to Venezuela, we see patterns repeated over and over again. This level of corruption, where only a handful of actors get to participate, has seen hundreds of billions looted. As described above, in just one deal, $4.25 billion were lost. In a replica deal centered at Meinl Bank, Gorrin, Convit, Krull and co made away with another $1.2 billion. While Gorrín was a favourite at the Treasury, Pelón Capriles and Diazgranados were at Venezuela's Central Bank (BCV), directly involved with Tobías Nobrega and Nelson Merentes in early placing of bond emissions worth over $10 billion. Gorrin and Diazgranados even had the same HSBC banker back in the day: Angelo Mazzarella (now another Diazgranados employee).

Such inside-trading like, secret offerings, turned bankers like Escotet, Victor Vargas, the Gill brothers, Carlos Dorado, etc., into overnight multibillionaires. It also brought millions in commissions to Swiss banks / bankers. These are the kind of criminal organizations that have bankrupted Venezuela. 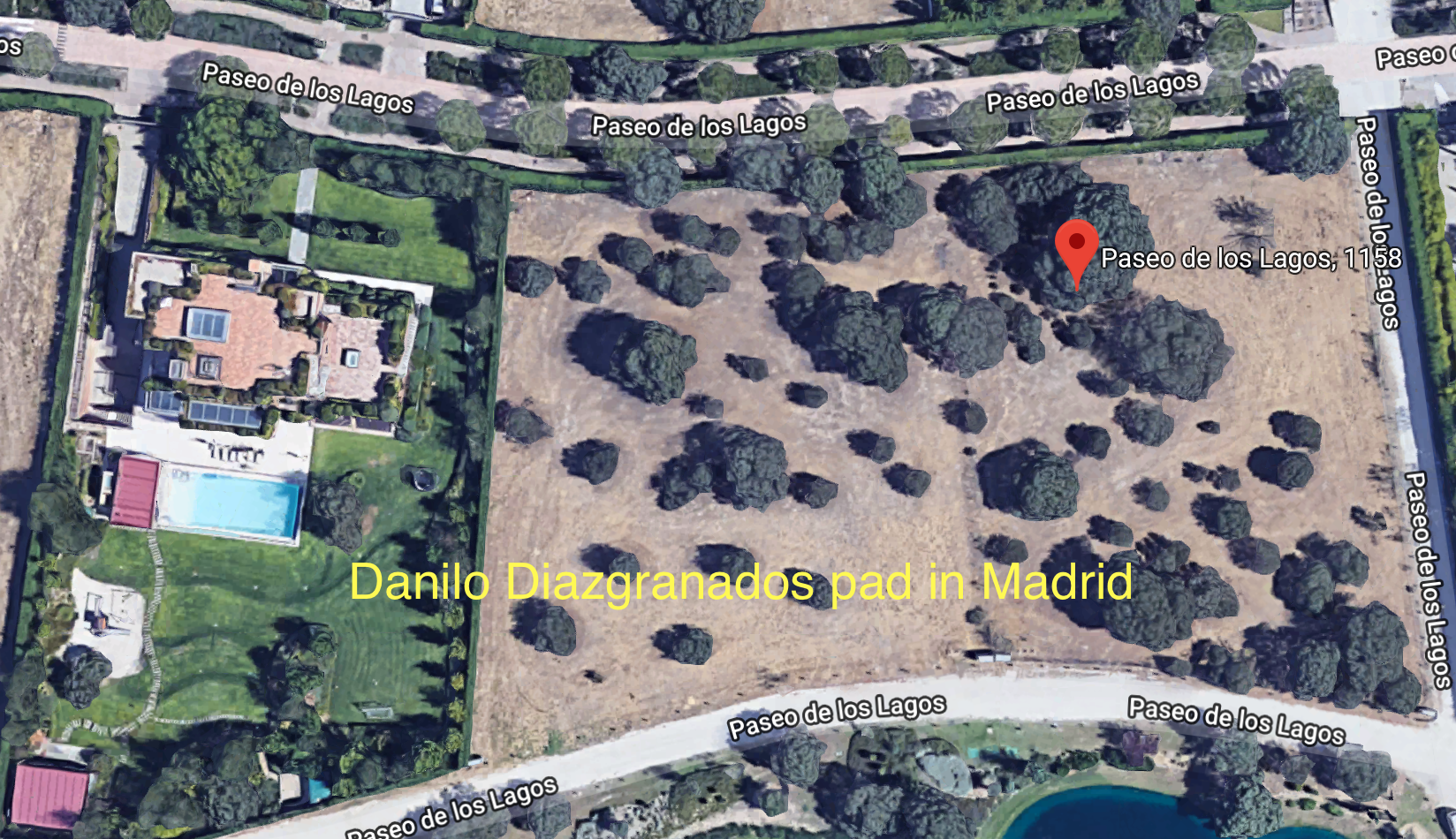 Scaramucci, who describes Diazgranados as a "Venezuelan hero", molded in the likes of Thomas Jefferson and John Adams, is going to have to give some pretty painful explanations when the Department of Justice unseals indictments related to EFG, CBH and Diazgranados. Folks at Roccia's old Treasury stomping ground are going to have a field day checking this gang's stuff in Fisher Island, the Dominican Republic, Spain, St Barts, etc.

Comments were put to Diazgranados' fanboy Scaramucci. No reply was received. 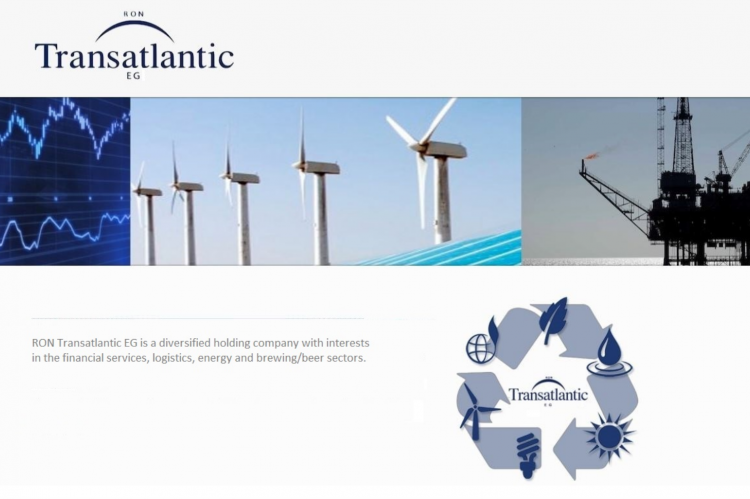