Further to infodio's exclusive about a joint services and offtake agreements signed between PPSA and EREPLA Services LLC, replies to request for comments put to Harry Sargeant have been received from Ali Hasan Rahman (see below). As per Hasan Rahman's comments, OFAC has the last word on the deal.

"As Director of EREPLA Services LLC and EREPLA Trading LLC, I would like to respond to the email that you sent Mr. Sargeant last week.

In response to your specific questions:

1. We strongly believe that it is in the U.S. interest for a U.S. company to partner with PDVSA on development of the Venezuelan oil reserves.  We found the leadership of PDVSA open to finding effective solutions and new models to arrest the dramatic decline in oil production, prevent corruption, and put Venezuelan oil workers back to work. This openness includes the welcoming back of American oil companies on terms that are commensurate with those offered by PDVSA peers and which are legal under both US and Venezuelan law.

2. The Joint Service Agreement is only effective upon receipt of a specific OFAC license. To that end, we have already made formal submission to the US Treasury Department for such a license and are committed to working with U.S. regulators to achieve a positive outcome.

Please let me know if you have any additional questions."

This site sent further questions of course (pasted below), replies to which will be posted if / when received.

Many thanks for your replies. It is a pleasure indeed to deal with American companies, after nearly two decades of Chinese and Russian “efforts”, which failed spectacularly in raising output levels, and never reply request for comments!

I do have additional questions though.

You claim terms offered, a de facto 50.1-49.9 partnership in services / offtake agreements, are "commensurate to those offered by PDVSA peers." To what peers you refer to?

Given the wording in the contracts, subjecting PPSA’s contractual duties to OFAC’s and US Sanctions prerogatives, what sort of due diligence have EREPLA had to submit to with Treasury in its license application?

What periodic checks would be performed by Treasury / OFAC on the joint services / offtake agreements once the license is granted?

What filing / reporting requirements are placed on EREPLA?

Have you got an estimated date when license will be granted, considering US Gov shutdown?

Will two licenses be granted, or just one for both contracts?

An EREPLA entity was formed in Malta, one day before incorporating EREPLA in Delaware, one day before PPSA’s CEO Quevedo signed the joint services agreement with EREPLA Delaware (9 November). Is that the UBO of Delaware’s namesakes?

Are there any Venezuelan interests, i.e. Wilmer Ruperti, involved in any of the EREPLA entities?

How much is EREPLA contemplating to invest to augment production in the “development plan area”?

Could you comment on projected/estimated output levels in the next 12/24/48 months?

Are there additional incentives, i.e. expanding designated area, to be granted to EREPLA on the basis of successful increment of production?

Venezuelan sources have claimed EREPLA has been exonerated from paying royalties. Is that true?

I should be most grateful if you could send your comments on the above. 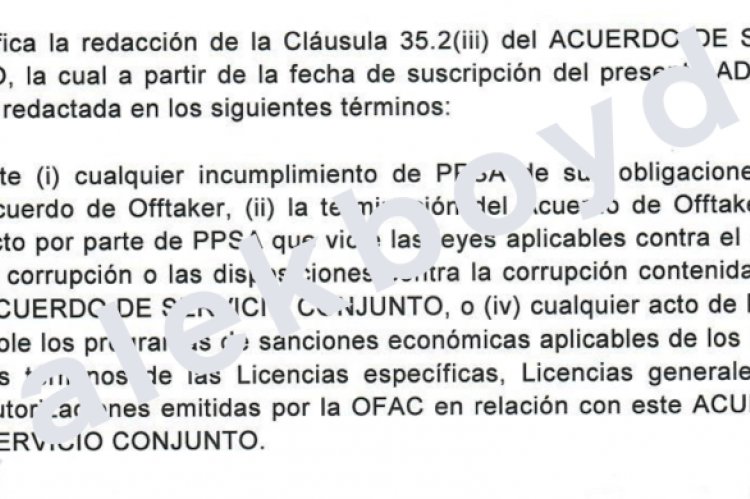