When it comes to foreign policy blunders that can't be hidden from view, it doesn’t really matter who inhabits the White House: Venezuela is a source of endless embarrassment. Harking back to the Bush administration's policy of let's pretend Hugo Chavez doesn't exist, to Obama's hommie handshake with Chavez in Trinidad, to Donald Trump's "all options are on the table" and whose sanctions regime Biden has kept, Chavismo continues having the last laugh. Is not that State, Treasury, Justice, NSC et al have the measure of the Venezuelan problem, but rather how precisely has Chavismo -in its two iterations- been able to read American Presidents and outlast everything thrown at it.

The latest overture could be Biden's plan to fight corruption ("UNITED STATES STRATEGY ON COUNTERING CORRUPTION"). The grandiose sounding thing has "establishing the fight against corruption as a core United States National Security Interest". It has five pillars, such as "curbing illicit finance", which will focus on facilitators. When we see the USG taking legal action against David Boies, Baker Hostetler, Fusion GPS, Rudy Giuliani or Adam Kaufmann, for instance, we will take Biden's project as sincere, otherwise insert here favourite laughing out loud emoji.

Corruption is, indeed, THE root of many problems afflicting democracies around the world. Let us use Venezuela as a case study. Billions of dollars misappropriated in Venezuela flow freely, without impediment of any sort, into the U.S. stream of commerce. Not all of it has gone into real estate acquisitions, investments, and jewellery. Not all of it has transited through American banks, to fill accounts held in the world's offshore jurisdictions, or kept at JP Morgan, Bank of America, Citibank, etc. The pockets of an army of lawyers, spin doctors, NGOs, university professors, Hollywood actors, media, wealth managers, bankers and American politicians have been filled with corruption proceeds in the last 20 years.

The existing "all options are on the table" policy includes all of the very best and finest corrupt specimens from Venezuela. USAID money -read Americans' taxpayers dollars- has been stolen by State Department's partners in the fight against Maduro (Freddy Superlano). Venezuelan assets located in U.S. soil, whose control has been seized from chavista hands by Treasury (CITGO), are now the funding source of utterly corrupt Venezuelan "opposition" politicians use to keep lavish lifestyles.

The famous American saying regarding unsavoury characters "He may be a son of a bitch, but he's our son of a bitch" just couldn't be more apt to describe Leopoldo Lopez, the pick of State to spearhead ousting of Nicolas Maduro through proxy Juan Guaido. Lopez is accountable to nobody, just like Maduro. But Lopez is just one in a class of thugs that have been cultivating relations with State, U.S. Congress and Senate since Chavez was around. Victimhood is the card of choice for all interactions with American officials, who keep embracing and supporting these characters without probing connections, loyalties, and background.

What’s evident -to those of us who have studied Venezuelan politics- keeps being missed over in Washington. A remarkable case is that of Leopoldo Martinez Nucete, Joe Biden's nominee for the Inter-American Development Bank. Martinez Nucete fits to a t the words in Biden's countering corruption plan about facilitators: "...financial facilitators have taken advantage of vulnerabilities in the U.S. and international financial systems to launder their assets and obscure the proceeds of crime." Martinez Nucete is known to be linked to David Osio, one of Venezuela's most corrupt bankers, yet Biden, and his people, are happy to vouch for him.

During Trump's "all options are on the table" push to install Guaido & co, Raul Gorrin and Alejandro Betancourt were allowed to participate. While Gorrin was going to help win over to the cause Maikel Moreno (Venezuela's Supreme Court Chief) and General Vladimir Padrino Lopez (Maduro's Minister of Defence), Betancourt was a financial patron to Guaido. All of the above hatched a plan to "oust Maduro". This did not happen behind the backs of Senator Marco Rubio and Mauricio Claver Carone, the latter Special Assistant to Trump and Senior Director for Western Hemisphere Affairs on the National Security Council. Quite the contrary. The plan had NSC's blessing.

Back when this farce was to rid Venezuela of Maduro, both Gorrin and Betancourt already were in the crosshairs of the Justice Department, due to involvement in multi billion dollar corruption schemes. Gorrin and Betancourt's criminal behaviour was no secret, yet foreign policy diktats decisively undermined -and continue to do so- DoJ's law enforcement actions.

Maduro has known everything all along of course. Every last conversation with Jimmy Story or Elliot Abrams, every visit to State, every coffee with Treasury officials, or U.S. Congressmen / Senators, is duly reported back to the motherland by Julio Borges, Carlos Vecchio, Cesar Omaña, Jorge Betancourt and other members of "the opposition" with impossible to explain connections to Venezuela's Bolibourgeoisie. Reporting from the incestuous bunch strengthens Maduro's position, as intel is then shared with Russia, China, Turkey, Cuba, Iran, and other partners in LatAm. This is the reason why this site has maintained that Lavrov has a much clearer understanding of what's really going on in Venezuela than what Pompeo or his successor will ever have.

It doesn't really matter what new foreign policy formulation the White House comes up with, whether Republicans or Democrats control Congress and Senate. With such fellow travellers it is, quite simply, impossible to expect any other outcome that's not Chavismo's continuation. The intelligent thing to do would be to talk to the ones that truly have control, while using existing tools to put "opposition" thugs and their facilitators (Troyan Horse) out of commission.

In the latest rounds of "elections" held in November, Chavismo got the lion share. Some Department of State's partners like Manuel Rosales were allowed a symbolic win. Others, like Freddy Superlano, were disqualified by NSA's associate Moreno *after* results were announced. The fact that Superlano was allowed to run on Guaido & Lopez's Voluntad Popular ticket exposes the sheer rot of the "opposition". Superlano's claims to fame are to have used his role in Venezuelan Congress to produce exoneration-from-prosecution letters for Alex Saab and involvement in a drugs-fuelled incident with prostitutes in Cucuta, paid for with misappropriated U.S. funds.  If that wasn't enough, Henrique Capriles and Julio Borges are openly attacking "Guaido's presidency's" corruption, despite being senior figures of team Guaido. In fact, Borges and Capriles extracted their pound of flesh by placing appointees at CITGO and at Monomeros. Lopez, Guaido, and Rosales also made sure their key people were really close to the money. Borges' recent "resignation" as Guaido's Foreign Secretary has taken hypocrisy to uncharted levels.

The entire structure is corrupt. There's no distinction between Chavismo and "opposition", there's just a class of Venezuelan politicians, all of whom equally eager and desperate to partake in the looting. The USG is the last remaining country that still supports Guaido, even when his very own lieutenants are baying for his blood. In the meantime, Treasury sanctions aren't an impediment for Maduro to carry on with business as usual. It is an absurd, untenable position. 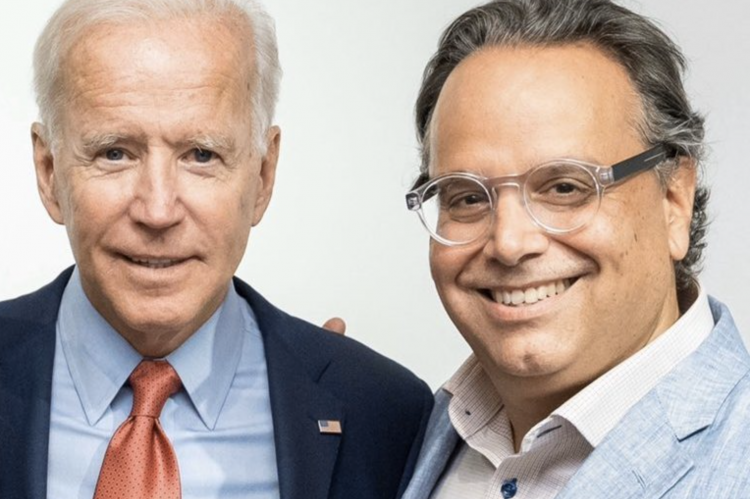