There's no rest for the wicked Rafael Ramirez. Beyond idiotic presidential aspirations that will never materialise, Ramirez is a hunted man. Add Portugal to U.S., Swiss, Andorra, Spanish and Venezuelan jurisdictions, where he remains a wanted man / person of interest. Many of his closest and most trusted partners-in-crime are in jail in some of those jurisdictions. The impending danger for Ramirez is that his lieutenants have already opened up. Abraham Shiera, Roberto Rincon and son, Luis Carlos de Leon, Abraham Ortega, Cesar Rincon Godoy, Rafael Reiter, Nervis Villalobos, Christian Maldonado, to name but a few, have either pleaded guilty, are about to do so or will, before the prospect of years in prison. All those fingers point to Ramirez. As both Minister of Energy and PDVSA CEO -for over decade- all large scale corruption stops at his door.

His two brothers have been named. His first cousin, his brother in law, his wife and mother in law, his closest colleagues and understudies at PDVSA, his bankers, the corrupt Boligarchs who dealt with him personally... There's no escaping the looting of hundreds of billions that Ramirez facilitated during his tenure.

Take the probe in Portugal exposed by Luis Rosa here: how did Roberto Rincon and Abraham Shiera manage to syphon about €3.5 billion from PDVSA? Through a Banco Espirito Santo (BES) structure set up by Ricardo Salgado, whereby BES financed invoices presented by Rincon & co to BARIVEN (PDVSA subsidiary). Bribes were organized by Villalobos, and paid through a BES subsidiary in Dubai (ES Bankers Dubai). Who approved that? Ramirez. Better to quote original from Luis Rosa:

Rosa drops another bomb: Rafael Reiter -Ramirez's right hand man and chief of security- turns out to be fronting for none other than Samark Lopez Bello, in a shell called Safe Leader.

News that American, Spanish and Portuguese prosecutors are working together to unravel the largest corruption scandal of this century is quite extraordinary. It corroborates leaks and information being sent to this site. Switzerland prosecutors have also been foced -perhaps reluctantly- to collaborate with U.S. justice, owing to the sheer amount of PDVSA corruption that has taken place through Swiss banks, and Swiss energy trading companies.

Ramirez, with his pathetic holier than thou claims to be the ultimate defender of Hugo Chavez's legacy, seems to have forgotten that Hugo Chavez himself sacked his carnal Nervis Villalobos, for his involvement in corruption in project La Vueltosa. Instead of respecting Chavez's decision re Villalobos, Ramirez brought him through the back door, so their campaign of rampant corruption and extorsion could carry on unhindered.

Continuing with Venezuela's immoral saga, it is not just a coincidence that the Miami branch of Espirito Santo (Brickell Bank) would have been snapped by Joseph Benhamou, the thug behind Charles Henry de Beaumont and Compagnie Bancaire Helvetique. Let the money laundering continue... 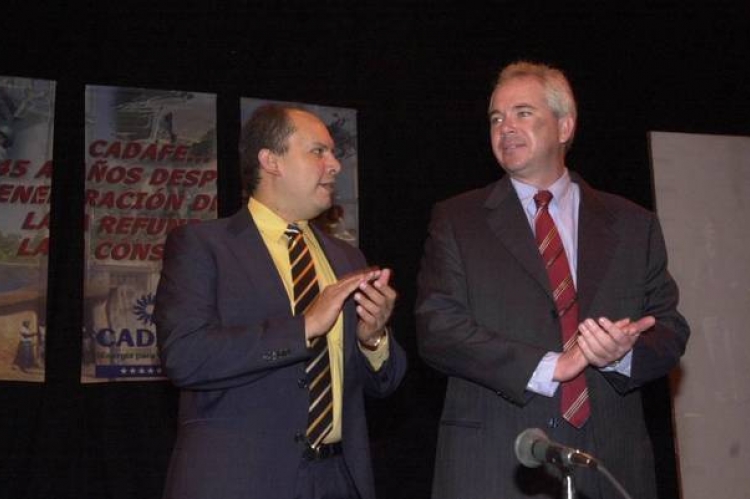