Legal news from Curaçao provide another exhibit of Venezuela being the undisputed king in the major leagues of corruption. Andrade Gutierrez, not necessarily the cleanest of operators as exposed in Lava Jato scandal, took Victor Vargas' Banco del Orinoco NV (BdO) to court. The reason being, if our interpretation is correct, that Andrade paid into BdO $2,150,000 as security for a parallel loan provided to Constructora Andrade in Venezuela, through Vargas' Banco Occidental de Descuento (BOD). Constructora Andrade repaid the loan to BOD in Venezuela, alas it got crickets when it went to BdO in Curaçao to get collateral back.

Victor Vargas is one of those "very wealthy" Venezuelan bankers, whose banks have attracted regulators' attention.

Early this September, Curaçao and Saint Marteen's Central Bank (CBCS) announced an emergency measure against Vargas' Banco del Orinoco (BDO). CBCS' decision is based on a ruling CUR201903126 (see pdf below), which found the following (Google translation from original):

BDO has been malfunctioning for some time. Serious anti-money laundering and anti-terrorism regulations are being dealt with, it has not conducted its business operations in a proper way, it is not following or not following CBCS's instructions adequately and it is misleading CBCS about its financial position by using falsified documents. Not only is all this reason enough for the license to be withdrawn, but it also means serious doubts about the solvency and liquidity position of BDO. The risk that BDO cannot meet its obligations to account holders has already materialized: there are a large number of complaints from account holders about BDO's failure to comply with payment instructions, dozens of procedures have been conducted to enforce payment and BDO does not fully give execution of judgments in which it has been ordered to pay. In addition, BDO only has a correspondent bank, which means that account holders can be duped. Taken together, this justifies that a provision is made in the interest of the joint creditors, according to CBCS.

Then, Panama's Superintendency of Banks came with another measure against AllBank, another subsidiary fully owned and controlled by Victor Vargas (Google translation from original):

Through Resolution SBP 0169-2019, the Superintendency ordered the operational and administrative control of AllBank, Corp, effective as of 3:00 pm, on September 9, 2019, based on the provisions of article 131 of the Banking Law...

One of the banks owned by the main shareholder of AllBank, Corp, in the jurisdiction of Curaçao, (Banco del Orinoco, NV) where a quarter of the Bank's liquid assets are placed and also provides custody services for a third party of the investments in securities that are part of the productive assets of Allbank, Corp., was intervened on September 5 by the Centrale Bank van Curacao in Sint Maarten (CBCS). This results in the fact that Banco Orinoco N.V can no longer provide its regular services, will not be able to offer new services, or attract clients and may not be obliged to comply with its debts, so that at the moment all its assets will be frozen.

On the other hand, the results of the latest supervision carried out by our institution reflect a strong weakness in the health of the loan portfolio, which together with a fragile management of the Corporate Governance, a business model that becomes unfeasible and the uncertainty that It generates both access to Allbank's assets, as well as the potential effects of contagion that derive from the situation of the banking group in Curacao, leads to the Superintendency's conviction that the interests of depositors are at risk if AllBank operations continue in the hands of its shareholder and Senior Management.

This is refreshing. Consulted sources alerted this site about a hole in Vargas' banks of over $1 billion. Many people have seen their savings and deposited funds gone. While a lawsuit brought in Curaçao by Brazil's Constructora Andrade hinted at Vargas' modus operandi -basically to pocket clients money to sustain his lavish lifestyle, less known clients have been demanding return of deposits, to no avail.

Vargas claims to have interests / operations in:

Interesting to see Element Capital (Francisco D'Agostino's financial co) among Vargas' companies. D'Agostino is, of course, Vargas' son in law and has done quite a lot of business with him over the years. Both Vargas and D'Agostino have also done phenomenal business with PDVSA (see about ESVENCA here), through completely open and fair bidding process.

Credit Suisse and Julius Baer have had / have exposure in Victor Vargas' financial operations according to sources. Andreas Engeli is Vargas' point man in Geneva.

UPDATE 13/09/2019: yesterday Venezuela's Superintendecy of Banks also took action against Victor Vargas, this time against Banco Occidental de Descuento (see resolution here if previous link doesn't work), which is the parent company of all other banks in Curaçao, Panama, Antigua, and the Dominican Republic. 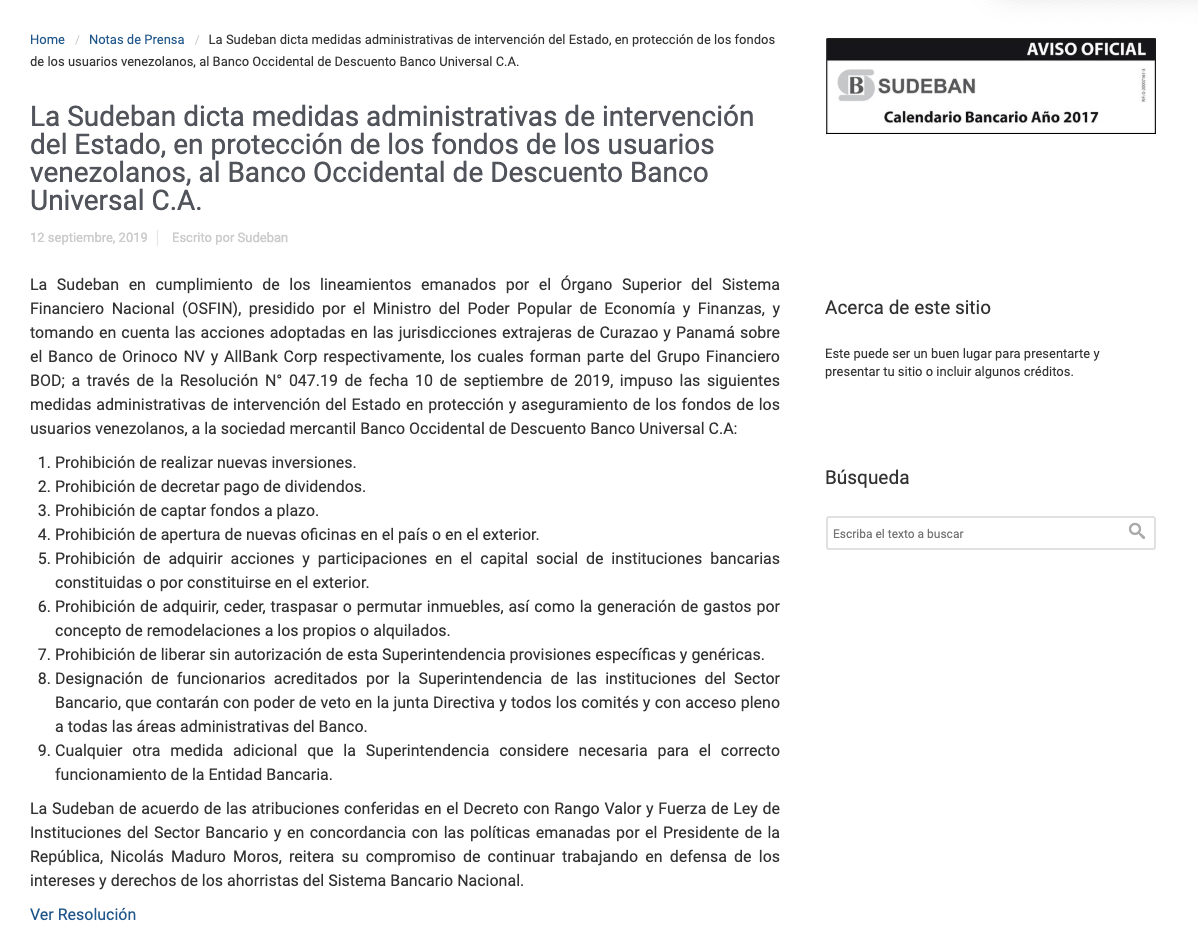 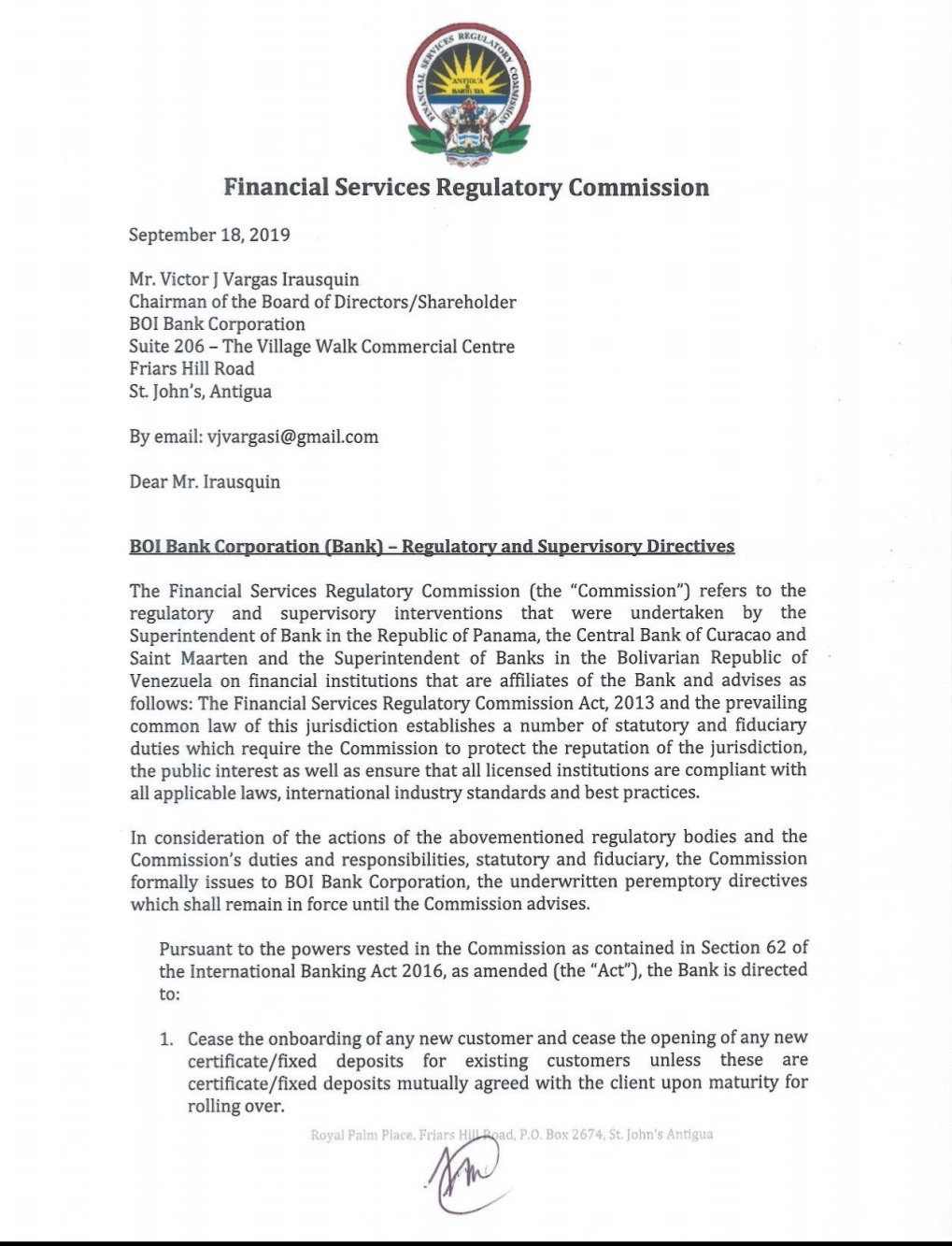 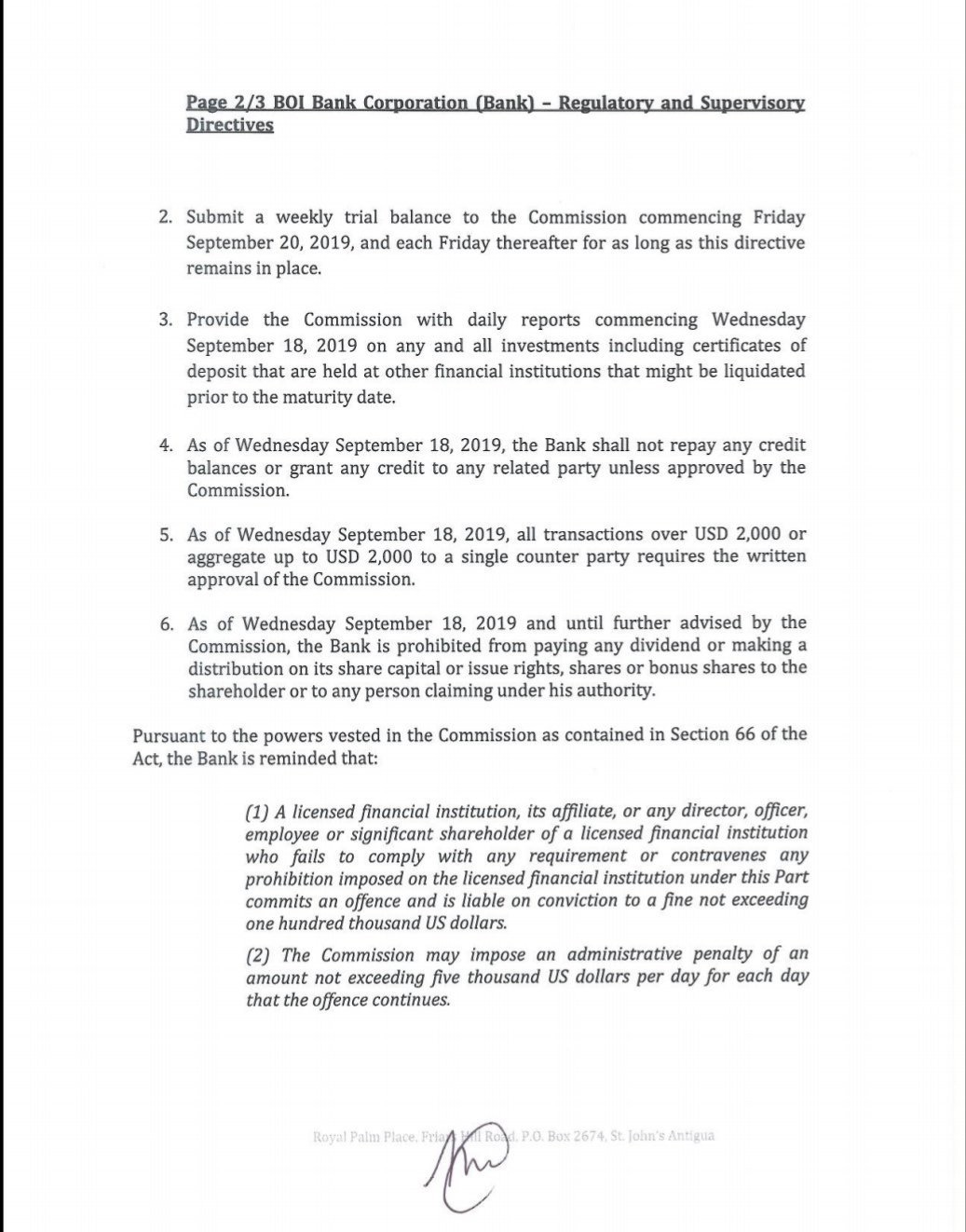 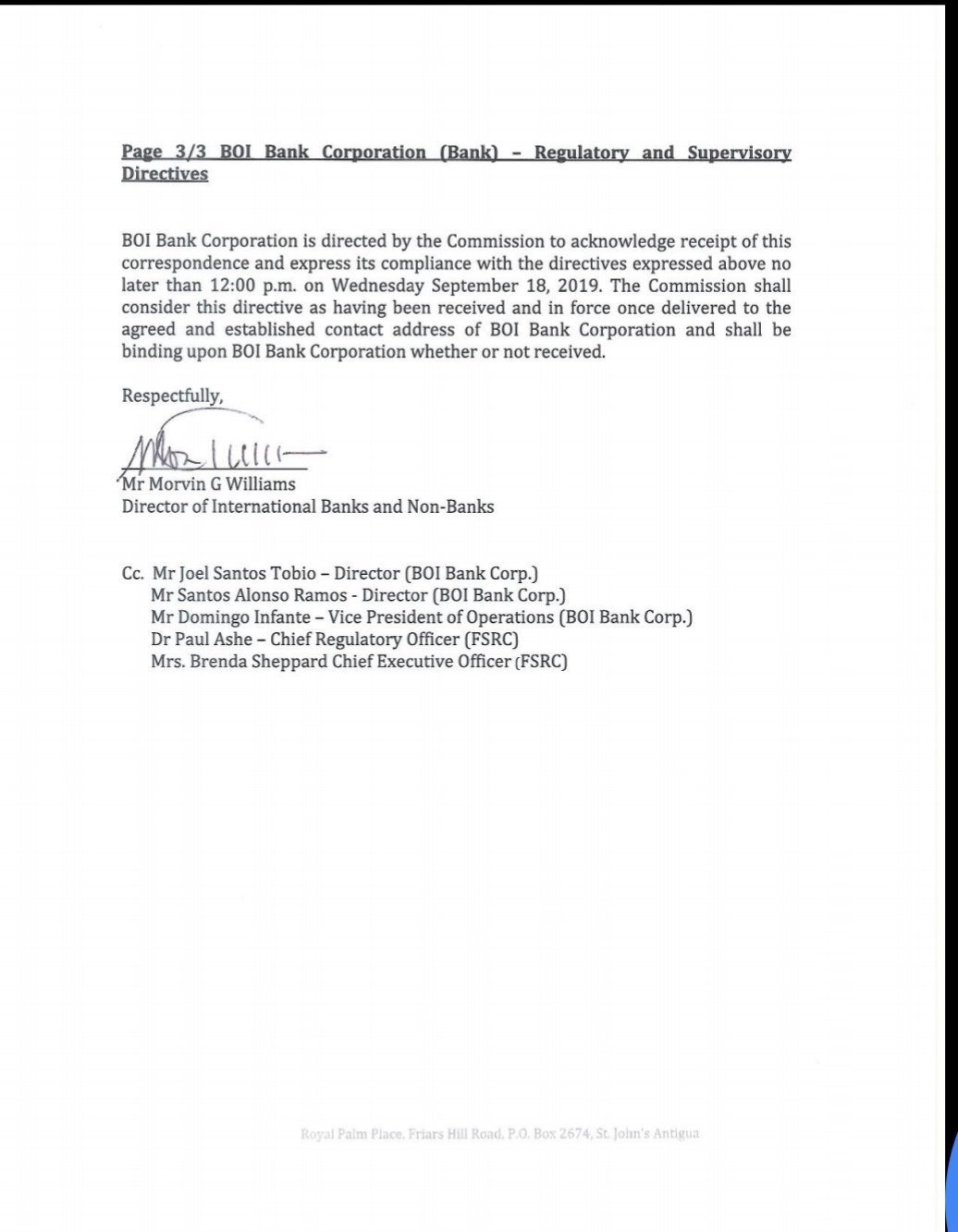 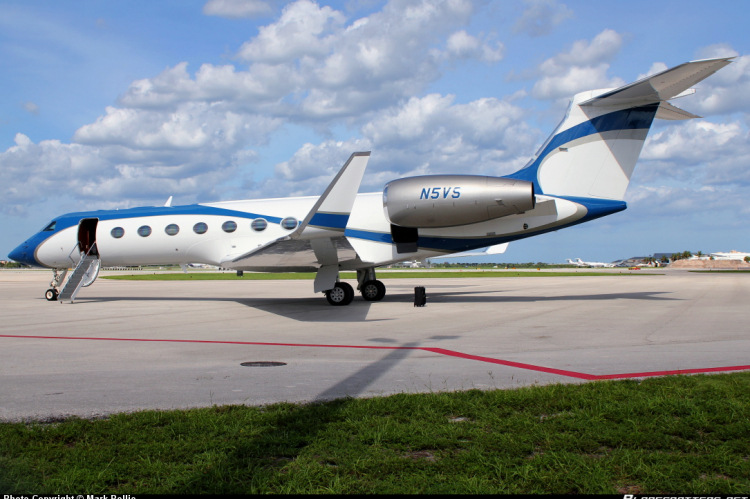