There seems to be a degree of discrimination regarding international criminal investigations involving U.S. justice and law enforcement. The whole world was glad to see America putting Sepp Blatter out of business for a little while. When it comes to rampant corruption in oil companies, Petrobras seems to be on everyone's lips, due in our opinion to Sergio Moro's quixotic LavaJato (carwash) probe in Brazil. Though we must insist on a couple of facts: 1) LavaJato probe, in terms of bribes / misappropriated / lost funds is a children's affair next to PDVSA, and 2) a lot of the large energy trading houses involved in Petrobras' corruption are equally involved with PDVSA, only the amounts are much larger.

Take Trafigura, one of the Swiss trading houses currently being investigated in connection to LavaJato. Sources have reported to this site that PDVSA did $40 billion worth of deals over the last few years with Swiss trading companies. And Trafigura continues, to this day, to deal with PDVSA despite being one of the main defendants in a multibillion dollar fraud and bribe-payment scheme. Then there's Glencore, which has also done a phenomenal amount of business with the chavista regime in Venezuela. And Vitol, and Lukoil, and Colonial, and Novum, and...

Every large energy trading house is / has been involved in Venezuela, for the simple reason that PDVSA -as an oil producing conglomerate- is / has been much larger than Petrobras. DoJ is meant to be looking into Glencore's operations in Venezuela. DoJ is also meant to have launched a probe into Glencore, Trafigura and Vitol operations with Brazil's Petrobras. Now the FBI is meant to be looking into Vitol's U.S. based executives.

When will the penny drop? When will authorities realize that the same execs, traders and companies involved in Petrobras' corruption have a much larger criminal footprint with PDVSA? Is it not sufficiently clear by now that Antonio Maarraoui, Vitol's head for Latin America, was by virtue of its job title also dealing with PDVSA? Maarraoui is, in fact, a defendant in a lawsuit brought by PDVSA against the same set of companies being probed in Brazil. How about Vitol's activities in Venezuela then, will those be investigated by the FBI?

Will the DoJ finally wake up to the fact that Glencore, Trafigura, Vitol, Lukoil, etc., are nothing but corruption HQs? Is it not borne by the evidence that corruption IS their business model, wherever they operate? And is Maarraoui the exception here? What about Patricio Norris, Sergio de la Vega, Jose Larocca, Maximiliano Poveda, and Roberto Finocchi to name but a handful? Where would they be, or rather how much business would they had been able to generate without the likes of Francisco Morillo, Leonardo Baquero, Daniel Lutz, Bo Ljungberg, Jorge and Bruno Luz? Would Glencore had done 40 billion worth of similar deals, say, with Statoil?

We are on the record on the need to sanction PDVSA, as an anti corruption measure. We are of the opinion that Glencore, Trafigura, Vitol, Lukoil et al belong in the same SDN category, alas they continue licking their chops. Polyglotism, Swiss 'sophistication' and pinstripes do not wash the brazen criminal behaviour exhibited. Venezuela is a victim, so is Brazil, Nigeria, DRC and every other resource-rich developing country where these thugs operate. South America is having to deal with the largest man-made humanitarian crisis in its history, precisely because of the corruption fueled by crooked locals and their international partners.

Something like the Helms-Burton Act should also be considered when it comes to Venezuela, whose resources have been looted by a bunch of chavista kleptocrats assisted by the Antonio Maarraouis of this world. Only yesterday we were arguing on a radio program that after funds transfered to the State, PDVSA was left with about $766 billion during Rafael Ramirez's tenure. How much of that ended up lining the pockets of Swiss banks and energy trading houses? Shouldn't they be investigated, with unending zeal?

This site is not about to place all the blame on Vitol, Trafigura et al, but without them, without their unscrupulous greed and flippant regard towards corruption, things could have been different. With prospects of civil war and millions of people already displaced, we can only hope that law enforcement and justice systems the world over start joining the dots and cut the whole edifice down to size. 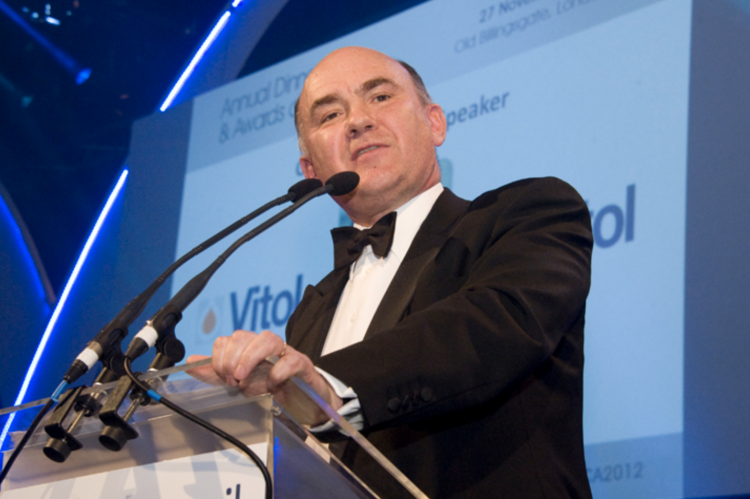