It wouldn't be an exaggeration to say that Rafael Ramirez, former concurrent Energy Minister and CEO of Petroleos de Venezuela (PDVSA), basically managed Venezuela's income between 2004-2014. While at the helm of PDVSA, over $1.2 trillion got past his hands. Ramirez is even on the record, admitting that he oversaw transfers between PDVSA and the Venezuelan State worth some $480 billion. These are mind blowing figures, specially so considering the size of Venezuela, its population, and current state. Ramirez presided over the world's largest corruption scheme. Criminal doesn't even begin to cover what Ramirez & co did. Upon Hugo Chavez's death, Ramirez's power started to wane, and he was elbowed first to a diplopost at the U.N., and then sacked altogether. His network of utterly corrupt collaborators got supplanted by another.

Though the issue continues to be: why has DoJ not charged / arrested / sentenced Ramirez? The argument used to be that there was no evidence of wrongdoing, which wasn't an accurate depiction considering that nearly all Venezuela cases prosecuted by DoJ have a PDVSA -ergo Ramirez- component. Given that PDVSA is, and has been for many years, the only source of income, it follows that all monies flowed from PDVSA to the corrupt wherever they would be. The lack of evidence canard has changed. Dramatically. A recent indictment from Andorra paints in excrutiating detail what the very DoJ prosecutors have called the "administrative team".

This a criminal group, headed by Ramirez, which includes his brothers, first cousins, in-laws, PAs, closest colleagues and most trusted lieutenants, all involved in a multibillion dollar graft scheme. Crucially, Ramirez was the ultimate boss, the capo dei capi, the one approving and overseeing the entire structure.

Ramirez corruption did not stop in Andorra though. His brother in law, Baldo Sanso, his wife Beatrice, his mother in law Hildegard Rondon de Sanso, have all benefited from Ramirez brazen nepotism, at the detriment of PDVSA.

Andorra, a tiny principality tucked between Spain and France, has been probing the gang for a few years. The amounts laundered through one of its banks, Banca Privada D'Andorra (BPA), are larger than Andorra's GDP. Many times over. Sources told this site that evidence accumulated exceeds 50,000 pages. Andorra's prosecutors took BPA to the cleaners, and found that FinCEN's alert re BPA being a "money laundering concern" was staggeringly accurate.

Same sources have sent this site an indictment, dated 13th September 2018, that reveals corruption quite possibly unparalleled in history. The Chinese Fund, to give an example, is a fund of slush funds that PDVSA / Ramirez kept replenishing with China as a partner. It was created to fund development and infrastructure in Venezuela, that would contribute 1/3 leaving the other 2/3 to China. Information about the Chinese Fund was not public, Venezuelans didn't know how much there was, no one could audit it...

Just one of the funds that made part of it "Fondo Pesado I", started with $6 billion and was replenished up to $20 billion. Chinese companies, some of which getting no-bid deals now from Maduro (Shandong Kerui Petroleum), were part of a group of Chinese companies that had to be given procurement contracts in Venezuela. The catch was that when the Venezuelan regime withheld  payment, Ramirez's "administrative team" would offer invoice settlement in exchange for a percentage of owed amounts. A monumental racket.

The method was applied to basically any and all contractors "getting" deals from PDVSA, or its subsidiaries. The two pronged corruption strategy was to: 1) charge a bribe for getting a given contract, and 2) charge a bribe for payment settlements. Nervis Villalobos, one of Ramirez most trusted lieutenants, also charged for generating deals. Bids weren't advertised. Open calls, in many cases, never made.

Under the figure of emergency decrees, for instance, Venezuela's power network was to be spruced up, but there were no public bid calls. Hence, Derwick Associates contracted Nervis Villalobos, and paid him millions, to get them deals. It helped a great deal that the son of Javier Alvarado, tasked with overseeing procurement in BARIVEN and armed with an annual budget of $7 billion, went to school with the Derwick thugs.

Insurance was the domain of Diego Salazar Carreño, Ramirez's first cousin. Salazar had his own, separate, network. When funds belonging to Salazar were frozen after a money laundering alert triggered by the French government (Salazar "tipped" just under €100,000 to a hotel employee in Paris), Andorra froze some €200 million he had scattered across many BPA accounts. Not shy of using typical Venezuelan methods, Salazar rang Domenic de Villepin, to get the former Prime Minister of France to sort things for him with Andorra's authorities. It is that brazen. Spanish "star judge" Baltasar Garzon got another call from Salazar, to try same with Spanish law enforcement.

Then there's the amounts. A myriad of payments flowing to and fro, often internally to avoid compliance and raising flags, others to money laundering hubs, like Portugal and Switzerland, whose bankers never saw anything they didn't like. Banco Espirito Santo's in it. The usual Swiss suspects too. Hundreds of shell companies were used, many incorporated by BPA Serveis, a Mossack-Fonseca like subsidiary of BPA. All offshore jurisdictions, from Hong Kong to Belize, came into play. Bearer shares shells? A favourite flavour for Ramirez and his band of criminals.

The fact that all this actionable intelligence is there, at a time when the world is pondering what to do to get rid of chavismo, is a gift that must be used, and acted upon without delay. Just like the farcical PDVSA Litigation Trust case. A few days ago, this site proposed a non-military strategy to kick Maduro out. Arresting Rafael Ramirez, based on what Andorra has already determined, should be a no brainer. There is indication that DoJ may have tapped its Andorran counterparts, given mentions in indictment about probes being conducted in the U.S., Portugal, Venezuela, Spain and France. But more could be done, and more quickly.

Ramirez, who sources place in Italy with his family, is a free man. He should be brought in, and the collaborators that have already been arrested, like Villalobos, Luis Carlos de Leon, Rafael Reiter, should be offered deals in exchange for further intel. 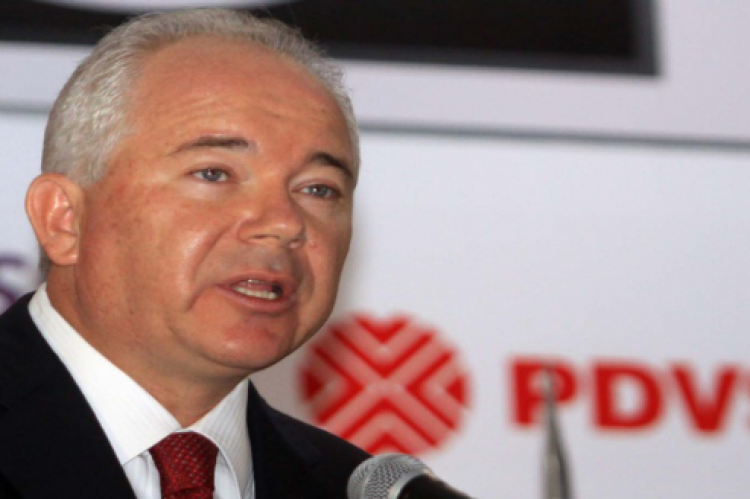