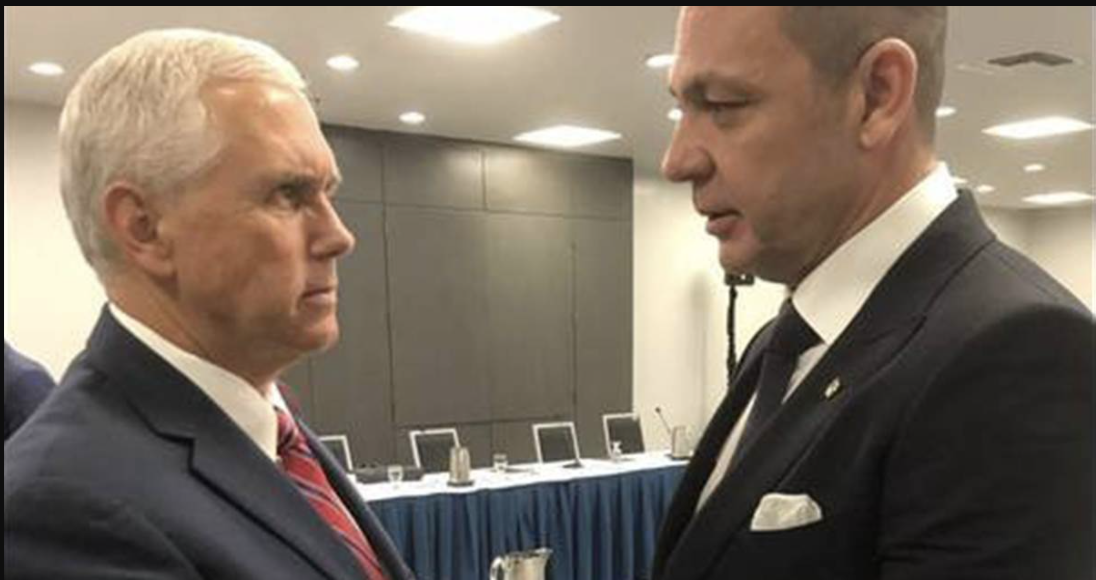 Raul Gorrin is a thug. No question about it. But in the ecosystem of Venezuelan thuggery, he's not, by any stretch, the biggest, meanest, worst of them all. It may seem like that, given treatment dispensed to Gorrin by the U.S. Department of Justice lately, but it may be due to what his partner Leopoldo Lopez describes often as not being "en el lado correcto de la historia" (on the right side of history). This site can reveal that during a meeting with one of the most senior Trump administration officials for Venezuela, it was made abundantly clear that Gorrin was to be the fall guy for the fiasco of 30 April 2019, whereby Lopez organised "ousting" of Nicolas Maduro. Obviouly, Lopez did not act alone: Juan Guaido was part of it along Lopez's messenger boy Cesar Omaña, and so were Gorrin, his sidekick Maikel Moreno and "four star" General Vladimir Padrino Lopez. We'd argue that is not corruption, or economic crimes, what's prompted DoJ to pay significant attention to Gorrin, but political crimes: i.e. to entertain and participate in a charade of a coup that, ultimately, exposed the deranged policies of the Trump administration vis-a-vis regime change in Venezuela thru Lopez / Guaido.

If it were about corruption, there's plently more relevant and current people DoJ should be concentrating on and chasing. Colombian thug Alex Saab, for one. There he sits, somewhere in Cape Verde since 12 June, and DoJ, DEA, State and Treasury still haven't been able to get him stateside. If it were about corruption, Saab is and has been in a league of his own, since Maduro came to power in 2013. If it were about corruption, DoJ would be gunning for Trafigura for instance, which sought to get the largest ever oil producing deal in the history of Venezuela through proxies of Saab, and has been directly involved in a phenomenal amount of corrupt business in / with Venezuela  with Francisco Morillo (Helsinge) over the years. If it were about corruption, DoJ should have arrested Saab's little Mexican partners by now, the ones that replaced Rosneft to run "oil for food" swap programs with PDVSA. Among those partners there's one Axel Capriles. This Capriles is part of likely the most powerful criminal gang of the last 30 years in Venezuela, one with such deep connections that's equally capable at setting gold smuggling routes through Africa, the Middle East and Turkey, as it is turning the Dominican Republic into a chic money laundering haven in the Caribbean.

No discussion about Gorrin is complete without mention of his partners, former and current, and his bankers. Re the latter, due to DoJ's superseding indictment against Gorrin, Swiss site Inside Paradeplatz posted something yesterday about Beatriz Sanchez and Angelo Mazzarella. Readers of this site have known since November 2018 that Mazzarella onboarded Gorrin and wife Maria Alexandra Perdomo Rosales (1/11/2007) to HSBC, Mazzarella's employer at the time. Sanchez was head of LatAm and Mazzarella's boss at the time, and was instrumental in bringing to HSBC at least $14.8 billion (Venezuela's Treasury accounts). Sanchez' VIP Venezuelan clients include Pedro Lopez (partner / proxy of Juan Carlos Escotet). Sources have informed this site that Sanchez loooooves it there at Eden Roc, the DR luxury development fronted by Mazzarella on behalf of Danilo Diazgranados, one of Gorrin's partners.

Gorrin's other partners include Luis and Ignacio Oberto. There was a bit of a misunderstanding once, between Gorrin and the Obertos, which caused a rift and death threats. The Obertos, however, took a page out of Gorrin's recipe book and brought vast money laundering schemes -perfected by Gorrin and Diazgranados at Venezuela's Treasury- to PDVSA. For that the Obertos counted on the good auspices of Alejandro Betancourt and Francisco Convit (also partners of Gorrin and Moreno in oil deals), who got Rafael Ramirez to single-handedly approve a $4.25 billion money laudering deal, likely the largest of its kind ever. Gorrin liked it so much, that he repeated it with Betancourt and Convit on another $1.2 billion deal. Then there was RIEH Financial HK Ltd, an obscure shell that became -for a while- THE go to payment mechanism used by PDVSA and other Venezuelan institutions, and which, according to our sources, is linked to Gorrin.

What we still fail to understand is why DoJ dispenses so much attention to Gorrin, and not to Betancourt, Ramirez, Saab, the Obertos (whose passports were returned by DoJ recently and they fled to Mexico), Diazgranados, Morillo, Swiss banks and trading houses, all Venezuelan bankers, cause let us not forget, through relationship with Alejandro Andrade (former head of Venezuela's Treasury), Gorrin entered the upper echelons of Venezuelan corruption, but that league was already densely populated by some big beasts with unrivalled pedigrees that DoJ doesn't even mention. Case in point: Rafael Ramirez and his clan.

To illustrate even further: Andrade admitted in his guilty plea to have received over $1 billion worth of bribes / commissions, but he controlled a tiny budget in comparison to that of PDVSA under Ramirez' control. Andrade sat a the top of Treasury (2007-2010) and allowed Gorrin to "become an entrepreneur" by looting public coffers. DoJ has successfully prosecuted both of them. The coupling of Betancourt / Convit with Ramirez while he was head of PDVSA (2004-2014), however, doesn't seem to prompt the same kind of prosecutorial zeal. Why? Is it because Rudy Giuliani lobbied Bill Barr on behalf of Betancourt, or is it because Abbe Lowell is Ramirez's counsel?

Gorrin got into politics, and entertained Lopez' megalomanic, Trump-administration-sanctioned dreams, which obviously never stood a chance. But he's not alone in that league either. Betancourt backs Lopez and Guaido. Luis Oberto's wife is a "very good friend" of Lilian Tintori, who took money from Gorrin. The uncle of Oberto's wife (Carlos Gill Ramirez) is partner of Adrian Velazquez, husband of Claudia Diaz and also indicted yesterday with Gorrin. Gill Ramirez's wife is one of Carlos Vecchio must trusted confidants. Diazgranados organises soirées in his Spanish and DR villas to fundraise and drum support for Guaido.

Guess what we’re trying to say here is: THANK YOU DoJ, kudos on a job well done with Andrade / Gorrin! 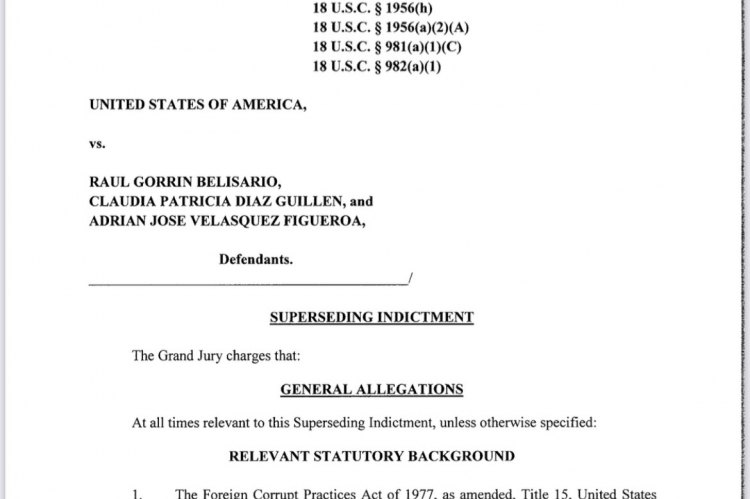