UPDATED [see addendum of Fusion GPS pro-Kremlin work below] - Before getting to Fusion GPS associations to Venezuela, let me just say that that country is, by far, Latin America's most corrupt. Its president, Nicolas Maduro, has the unique distinction of being the "individual who has done the most in the world to advance organized criminal activity and corruption" according to the Organized Crime and Corruption Reporting Project (OCCRP). Maduro had some very talented competitors in Vladimir Putin, Bashar Al-Assad and Rodrigo Duterte. In the advancement of "criminal activity and corruption", Venezuela's regime has allowed and encouraged emergence of different criminal gangs. One of the most notorious of them all is Derwick Associates. Here is where Fusion GPS comes into this story. Let me start with Tom Catan*, pictured on the left. Catan is one of the three main founders of Fusion GPS. The photograph was taken by me, in Barquisimeto, Venezuela, in 2006. Back then Catan was with The Times of London, and went to cover Venezuela's presidential race. I was asked to organize an interview between the then opposition candidate, Manuel Rosales, and a group of international journalists, among which Catan.

Some years later we reconnected, in Spain. Catan came to my house for dinner, met my family and children, as he was visiting while working on a story about the British expat community.

Shortly after I pitched a story to him, about my undercover work with dissidents in Cuba on behalf of the Human Rights Foundation. The thinking was that given that I had helped him with a couple of stories in the past he could, somewhat, return the favour by putting a good word with either his editors or network of media contacts. No such thing ever happened.

In 2014, after extensive investigative research and reporting on Derwick Associates, I was informed that Fusion GPS, Catan's firm, had been retained by Derwick Associates. I wrote an email, asking if that was the case. Catan's answer was:

I’m not working on anything Venezuela-related, so not sure I can help. Ever come through DC? Be great to catch up.

A few days later, the following arrived in my inbox: 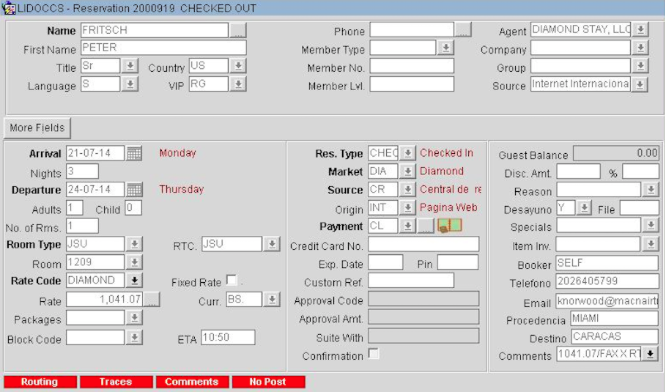 "Further to my recent email about possible work that your company could be doing in Venezuela, have a look at... It would be a surprise that a colleague of yours is working for the type of thugs I have been exposing for many years now, and I would hate to think that you were economical with the truth with me about your company's involvement with such people, to the point of denying involvement."

This time his reply was:

This is really creepy, Alek. You conducting surveillance these days or wtf? The image on the left is of Peter Fritsch, the second of three founders of Fusion GPS, partner and colleague of Catan.

Fritsch flew to Caracas -in private jet I was informed- with Adam Kaufmann (former NY's DA's Chief Investigator), whose services had also been retained by Derwick Associates. The purpose of the trip was to provide support (PR, spin, legal counsel, etc.) for a meeting with journalists from the Wall Street Journal that had gone to Caracas to follow up on their coverage of the massive corruption scandal in which Derwick Associates is involved.

The meeting went according to plan. Kaufmann and Fusion GPS managed to, basically, silence any further reporting by the WSJ. The fact that Catan, Fritsch and Glenn Simpson (Fusion GPS head) had all worked for the WSJ must have helped. It does not seem unreasonable either to believe that Spain's El País curiously decided to stop publishing my work right after break in, due to possible soft PR efforts of Catan's wife, Begoña Cortina Segurola, with then America-editor of El País Hector Schamis (from min. 4' here).

As this article is about Fusion GPS's much talked about work, I shall momentarily descend to their standards and say that "source D" informed me that during July 2014's meeting in Caracas, Derwick Associates spent most of the time talking about me and failed to present or provide a single piece of evidence proving that all procurement contracts received from the Venezuelan regime (12 in the space of 14 months starting in 2009) were obtained legitimately, as opposed to through payments of million of dollars in bribes to high officials in Venezuela (Diosdado Cabello and Rafael Ramirez among others) . Derwick Associates is currently under criminal investigation by the U.S. Justice Deparment, by different U.S. federal agencies, by New York's Attorney Preet Bharara's office, and by financial authorities in Switzerland.

In November 2014, only three months after Fritsch visit to Derwick in Caracas, my flat in London was broken into. Laptops were stolen, threats of sexual abuse against my children were made, and an orchestrated online defamation campaign against me was launched simultaneously. Further threats were sent via recorded delivery from Tbilisi, Georgia. The hand of Fusion GPS may well have been behind the effort. Spurious and unsubstantiated accusations about my alleged involvement in car theft, extortion, homosexuality, AIDS-spreading, drug trafficking and paedophilia were published in social media, websites and even by leading Venezuelan opposition politicians related to Derwick Associates. Members of my family were dragged into it: while my sister was accused of being Hugo Chavez's lover, my mother, who died of cancer in 1983, was revived and put in charge of a drug cartel operative in Venezuela, Spain and the U.S. in 2006. Glenn Simpson (pictured left) antics are the subject of intense media scrutiny these days. His Fusion GPS outfit was contracted to dig dirt and damage Donald Trump's reputation, as he had done in the past with GOP donors. For the work commissioned, Simpson subcontracted a former British spy, Christopher Steele. Together they cooked up a few stories about Trump's alleged sexual adventures in Moscow. All of it unsubstantiated to this day. Fusion GPS wants the world to take its make believe stories at face value, and it wants that to happen without presenting the evidence.

Much like the Derwick thugs, that have spent thousands of dollars trying to find dirt on me, so that found kompromat can be used to silence my investigations about their totally corrupt enterprise. Every chance Derwick has had to defend their integrity, whether with inquiring journalists, in lawsuits or criminal investigations, has been a spectacular failure. I know, for a fact, that when presented with the chance to go on the record and make official their obsession that I am some kind of paid agent it was refused. It continues to be so. Dossier producers taking Derwick's dirty money have done with me, at a very minor scale, what Fusion GPS has attempted with Trump.

Hence I very much look forward to see how Fusion GPS credibility is going to come out of the mess they've fabricated. Its association with Steele did catch my attention though. It does make me wonder, whether illegal surveillance in London, assault to my flat, and threats against my family were organised partly by Fusion GPS's connections in the UK. Having kept the address of my new residence a secret, even with my closest acquaintances, it continues to puzzle me how on earth the thugs sent by Derwick got my address. London's not a small town. When one owns real estate is rather simple: a two minutes search in property records databases returns results if they exist, as those of Catan and Simpson in Washington DC. I don't own property, anywhere. So, if not with the help of Steele type of intelligence operatives, just how did they find me?

Fusion GPS PR success with the WSJ could not be replicated with Bloomberg, Reuters, and other media. Their efforts certainly don't seem to have dampened U.S. Justice Department's efforts to bring charges against corrupt Venezuelans. Derwick was illegally dealt a nice public procurement hand worth over $2.2 billion, of which they stole nearly half. Owners of companies that participated in the same scheme, at the same time, have already been indicted and charged for corruption. Crucially, corrupt PDVSA officials involved with Derwick participating in the scheme have also pleaded guilty.

It is my belief that Derwick's meeting with the justice system will come, sooner or later. Will Catan call me creepy then?

ADDENDUM: in my inbox this morning a link to yet another extraordinary exposé about Glenn Simpson's work: as it turns Fusion GPS is behind pro-Kremlin lobbying efforts:

The head of the opposition research firm that is behind the Trump dossier is linked to a secret campaign aimed at undermining the Magnitsky Act, a law that places sanctions on Russian criminals and is vehemently opposed by the Kremlin, The Daily Caller can report.

The main proponent of that law, a British-American businessman named Bill Browder, tells TheDC that Glenn Simpson, the head of Fusion GPS, the company behind the Trump dossier, is a “professional smear campaigner.”

According to Browder, Simpson, a former Wall Street Journal reporter, is working with a former Russian counterintelligence officer named Rinat Akhmetshin to destroy the Magnitsky Act, which is named after Browder’s late lawyer, Sergei Magnitsky, and was signed into law in Dec. 2012.

“Glenn Simpson knowingly spread false information on behalf of people connected to the Russian government to try to protect Russian torturers and murderers from consequences,” Browder alleged in a phone interview from his office in London on Friday.

MAKE SURE TO READ THE REST.

For those who are not aware, here's a website dedicated to the circumstances surrounding the assassination of Sergei Magnitsky. Do read this report. Additionaly, do visit OCCRP's extensive reporting on the Magnitsky case here.

This new development peels the remaining layers of Fusion GPS's already battered credibility, and, in my mind, dispels previous doubts as to Fusion GPS's direct involvement in criminal activity, on behalf of their Venezuelan and Russian clients. I was not aware of Fusion GPS's Kremlin connection, but then again Derwick Associates is also doing phenomenal business with Kremlin-controlled companies.

I guess I'm going to have to disagree with Bill Browder's quote above. Fusion GPS aren't "professional smear campaigner[s]", but a bunch of utterly corrupt and amoral enablers aiding and abetting criminals. Simpson's venture into the private sector has gone full circle. The biggest joke of all has got to be Simpson's -now removed- bio from the International Assessment and Strategy Center, where he is presented as "Senior Fellow, Corruption and Transnational Crime", who just happens to work for, erm, corrupt transnational criminals. Working for Democrats or Republicans to produce negative PR is one thing; working for the likes of Derwick Associates quite another; but for the world's biggest thug?