Depending on where people stand in the political sphere, there's never a shortage of villains. In the UK, at this point in time, there's almost universal consensus about number 10's current resident. The fact that a fanboy of Castro and Chavez stands across the aisle shows just how debased politics can become, even in very advanced democracies. What hope then, for a banana republic like Venezuela?

Venezuela has two concurrent presidents, one "usurping office" and the other "self proclaimed". The usurper controls what matters to remain in office (army, money); the self proclaimed has support from over 50 Western democracies. The usurper was sworn in before the Supreme Court contravening the constitution, the self proclaimed did so in the middle of the street. In the usurper's corner there's China, Russia, Turkey, probably India, narcoterrorist organizations from Colombia, and a plethora of criminal gangs. In the self proclaimed's corner there's the U.S. running the shitshow, however getting into a proper brawl against usurper's partners isn't even a consideration.

A handful of American hawks, driving a make-up-as-go-along agenda, are said to be hoping for a successful outcome, i.e. that the usurper will just relinquish power. The self proclaimed's agenda is: 1) cease of usurpation; 2) formation of a transitional government; 3) free elections. Nobody, anywhere, has laid out a half decent plan as to how / when will step 1 take place. Step 1 can not be forced on the usurper, for none of the international supporters of the self proclaimed have any appetite whatsoever for use of force.

So the first step lives in a timeless and unenforceable void that makes the whole thing little more than a pipe dream. Thus "cease of usurpation" of Nicolas Maduro seems even less likely than the UK's unilateral withdrawal of article 50 by Theresa May.

Meanwhile, many of those responsible to bring Venezuela to its current predicament are presenting themselves as honest brokers. Take Rafael Ramirez, a man who went from being Minister of Energy and CEO of PDVSA to blogger. Ramirez is directly responsible for much of the corruption that caused Venezuela's current humanitarian crisis. While heading PDVSA for 12 years, Ramirez managed an income in excess of $1.3 trillion, and had near-absolute discretion to grant billions worth of procurement contracts to his friends. Needless to say that those billions have all gone missing with little to show for. The latest exhibit is a near-week-long nationwide power blackout that cost many lives. Ramirez's reaction? To order his community manager to write a blog post, in English (?), about the usurper's responsibility in the destruction, among other things, of PDVSA.

This is like hearing Nigel Farage blaming Theresa May for Brexit.

The self proclaimed is surrounded by folks that got many crooked deals from Ramirez, stealing public funds and  becoming obscenely wealthy in the process. This lot is already planning the "reconstruction" of Venezuela, where opportunities for phenomenal corruption will abound. When it comes to political shitshows, Venezuela can boast of a commanding lead in the major leagues. The more the self proclaimed pretends that everything is going to plan, the more it looks like the old mercantilist system of patronage is THE plan.

Unlike the EU with Brexit, the U.S. is in the enviable position of being able to unilaterally enact measures that can undo current deadlock. These ought to start by implementing a much more aggressive sanctions regime that must target, specifically, the usual Russian suspects. It should follow with the network of enabling banks and facilitators, worldwide, as FinCEN did once with Banca Privada D'Andorra. The U.S. Department of Justice should be unleashed on energy traders, like Trafigura, Glencore, Reliance, Vitol and Lukoil for none, not a single one, passes the smell test when it comes to deals with Venezuela.

Rather than stupidly hoping, the U.S. government could do so much more to bring back stability to Venezuela and surrounding region. This isn't a cold war replica, and given its weight in this affair, U.S. officials should also look very well into the kinds of partners they pick as fellow travellers, in order to avoid either a triumphal return of chavismo in five years time, or chavismo forevermore. 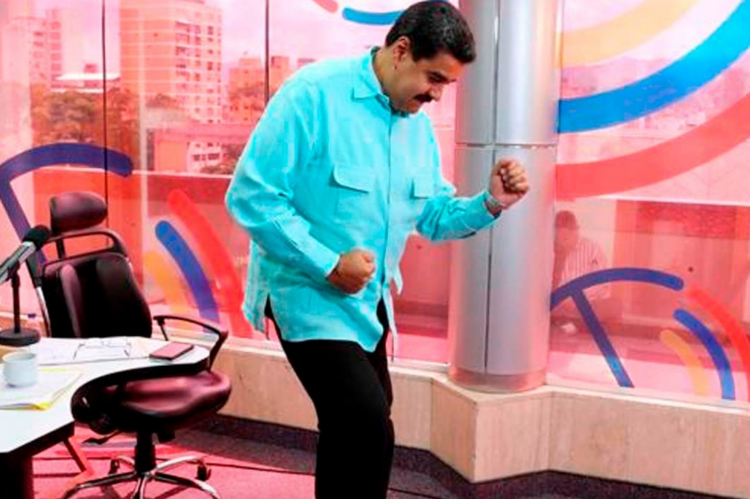