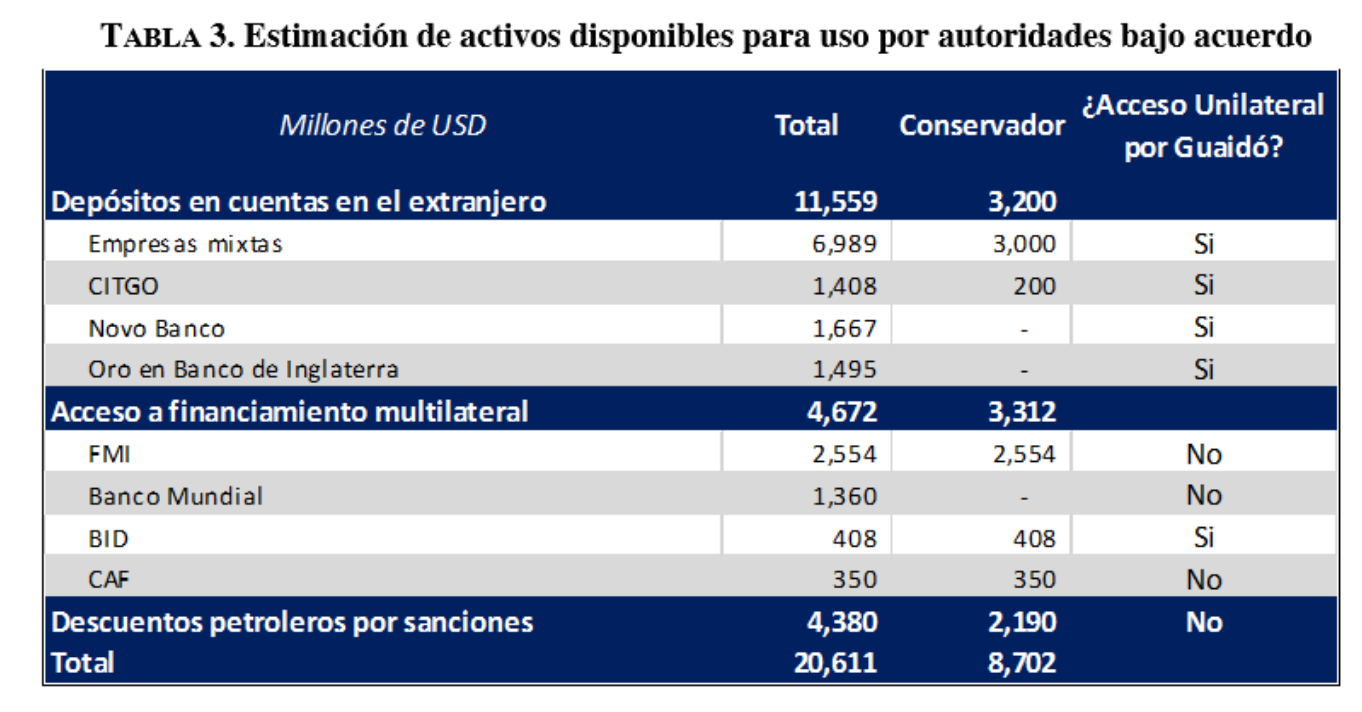 Rodriguez has been active lately. He proposed a negotiation road map in the context of political negotiations between Maduro and Guaido camps in Norway in 2019. When negotiations failed, as they have been between chavismo and opposition for almost two decades, Rodriguez left the two-man outfit that catered for Boliburgeoisie's diversification of looted money and moved onto local politics, as sidekick of has-been Henri Falcon Lara. Latest advocacy includes immediate lifting of Treasury sanctions -which would benefit mainly the bunch of criminals that run Venezuela- and an oil-for-food programme that Guaido's people allegedly support. This would be funded with sources shown in Rodriguez's own estimate (above).

Rodriguez claims that joint ventures operating with PDVSA have some $6.989 billion USD in dividends that have not been distributed back to Venezuela due to Treasury sanctions. A more prudent number is estimated at $3.2 billion. Guaido is meant to have "unilateral" access to those funds.

Rodriguez then echoes Jorge Arreaza, on $1.667 billion worth of PDVSA funds seized from Portugal's Novobanco, which Guaido also has, allegedly, unimpeded access to, as these are "held in Novobanco bank accounts in the U.S.A." There's no conservative estimate for how much of that Guaido could get.

Gold held by the Bank of England and proceeds of CITGO's operations complete an $11.559 billion pot that Guaido could tap at any time.

For many years, joint ventures operating in Venezuela have had tremendous complications when it comes to repatriation of profits due to a perverse and completely corrupt forex control mechanism. Some of them, in fact, have established what could be described as a barter economy, whereby PDVSA settles receivables with crude. Just how did Rodriguez get to precisely $6.989 billion remains unknown, considering own admission about lack of proper figures published by the Guaido "administration".

PDVSA has been fighting control of Novobanco funds in three separate cases in Portuguese courts. It is false to claim that Guaido has unilateral access to those funds, and pure speculation to say these are deposited in the U.S.

HM Treasury and the Bank of England are in no rush to let Guaido dispose of Venezuela gold, as UK officials involved have told this site.

As per proceeds of CITGO's sales, there are so many creditors chasing whatever assets Venezuela has left abroad, that arguing that Guaido can get his hands on them is a just a pipe dream.

Alas Rodriguez continues to be asked by regular media to comment on this or that Venezuela issue. Always lacking from his Harvard-PhD embellished blurb are past associations with the likes of Victor Sierra, and how he maintained, for years, that investing in chavista bonds was a good deal. Considering the prevaling ignorance in international circles that surrounds Venezuelan financial position and issues, there is little chance anybody will be asking Rodriguez for clarification on his totally absurd calculations.

May the above serve as an invitation for Rodriguez to explain sources and methods of such figures, so all Venezuelans can learn where the country truly stands financially. 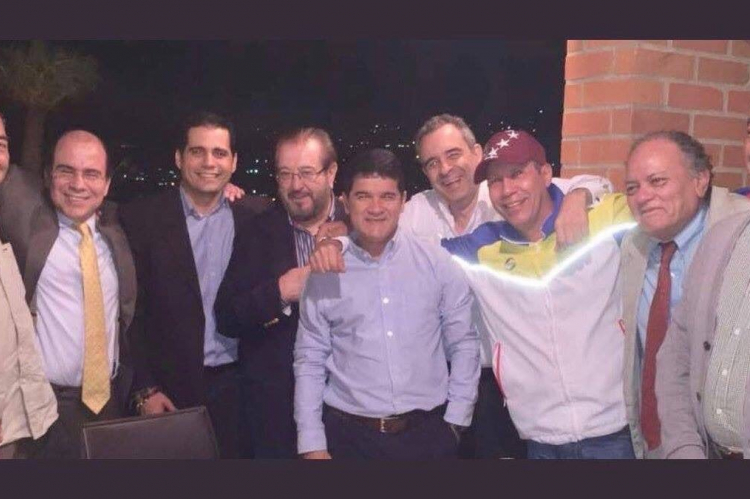