In recent days Citizens Lab published a report on Dark Basin, described as a "Massive Hack-For-Hire Operation". It's one of those interesting reads to keep up with techniques employed by criminal elements against journalists posting inconvenient truths. In this instance, an Indian IT company and its director were identified: "We link Dark Basin’s activity with high confidence to individuals working at an Indian company named BellTroX InfoTech Services (also known as “BellTroX D|G|TAL Security,” and possibly other names). BellTroX’s director, Sumit Gupta, was indicted in California in 2015 for his role in a similar hack-for-hire scheme." [bold added] This site has its own story to tell about Indians trying to expunge information about rampant corruption of Venezuelan Boligarchs.

First alert was right after break into my apartment. In the online defamation campaign that followed, I could see that pictures of my children had been photoshoped. Time stamps contained in metadata showed Venezuela's and India's time zones.

Further investigation led to Facebook profiles of small-time crooks from India starting in the Online Reputation Management (ORM) business. Some of the defamatory content that was published about me, was produced in India.

Once it was clear that make belief stories could not stick, tactics changed. Denial of Service and hacking attempts were launched. Threats, legal and otherwise, started to arrive. Thugs taking issue with information published here must have thought that a threatening email would cower us into silence. GDPR and Europe's Right to be Forgotten also came into play. Many Venezuelan criminals have dual nationalities, and so recourse was sought along those guidelines.

When that failed, offers of payment to have articles / links removed emerged. The going rate per link is $1,000 apparently. This site has been offered $700-$800 -by someone who calls himself "Armand Deniger"- to remove "lots of links".

This "Deniger" character uses another technique, which is to create Wordpress blogs, copy original content published elsewhere that affects "reputation" of some Venezuelan thug, and then file fake DMCA notices with webhosts arguing violation to copyright.

In a week's work, this site has dealt with offers of payment, requests to remove information about Charles Henry de Beaumont, and a fake DMCA notice filed by "Corrado Toscani" (alter ego of "Armand Deniger") on an article about Raul Gorrin, Angelo Mazzarella & Luis Maria Piñeyrüa Pittaluga (first published here in November 2018).

Interestingly, visitors from IPs located in India are "suddenly" very keen on reading about Venezuelan corruption, a topic completely alien to that country unless your name is Mukesh Dhirubhai Ambani. Increased readership from India means, we expect, more attempts to have the record expunged. These tactics aren't, of course, as sophisticated as the ones described in Citizens Lab's report. But India, with its over one billion people, booming IT sector, widespread proficiency in the English language, and utterly corrupt politics and law enforcement, is about the perfect jurisdiction for thugs to easily outsource this type of "work". 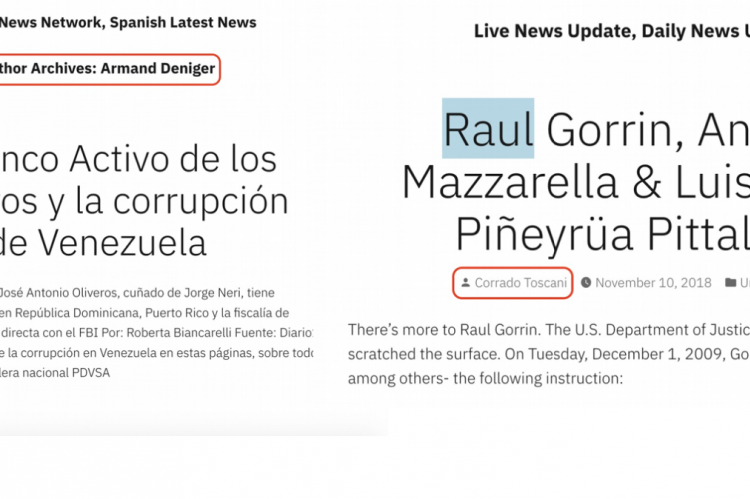 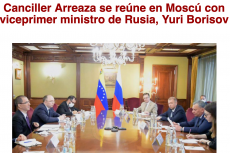