The rumour mill is in overspin regarding Rafael Ramirez. A prevalent gossip is that he is "collaborating" in the provision of information highly damaging to Nicolas Maduro, which is "being used" by the Trump administration to "advance" its agenda. Another line of gossip has it that ENI, the Italian oil conglomerate, is providing "legal protection" to Ramirez, who spends most of his time nowadays in Italy. Ramirez, Luisa Ortega Diaz and Hugo Carvajal, as per another line, form a triumvirate of "decent" chavistas, folks with whom the U.S. government may work with towards "resolving" Venezuela's crisis. Of the three, Ramirez is the "acceptable face" of a flavour of chavismo that would be allowed to run in "free and fair" elections that would see the end of Maduro.

There are other rumours, but the above I've heard in different circles from totally unrelated folk. These are, of course, political arguments. On the judicial front, there are some inescapable aspects that place Ramirez at the core of the largest corruption scandals that have emerged in the last few years, namely: 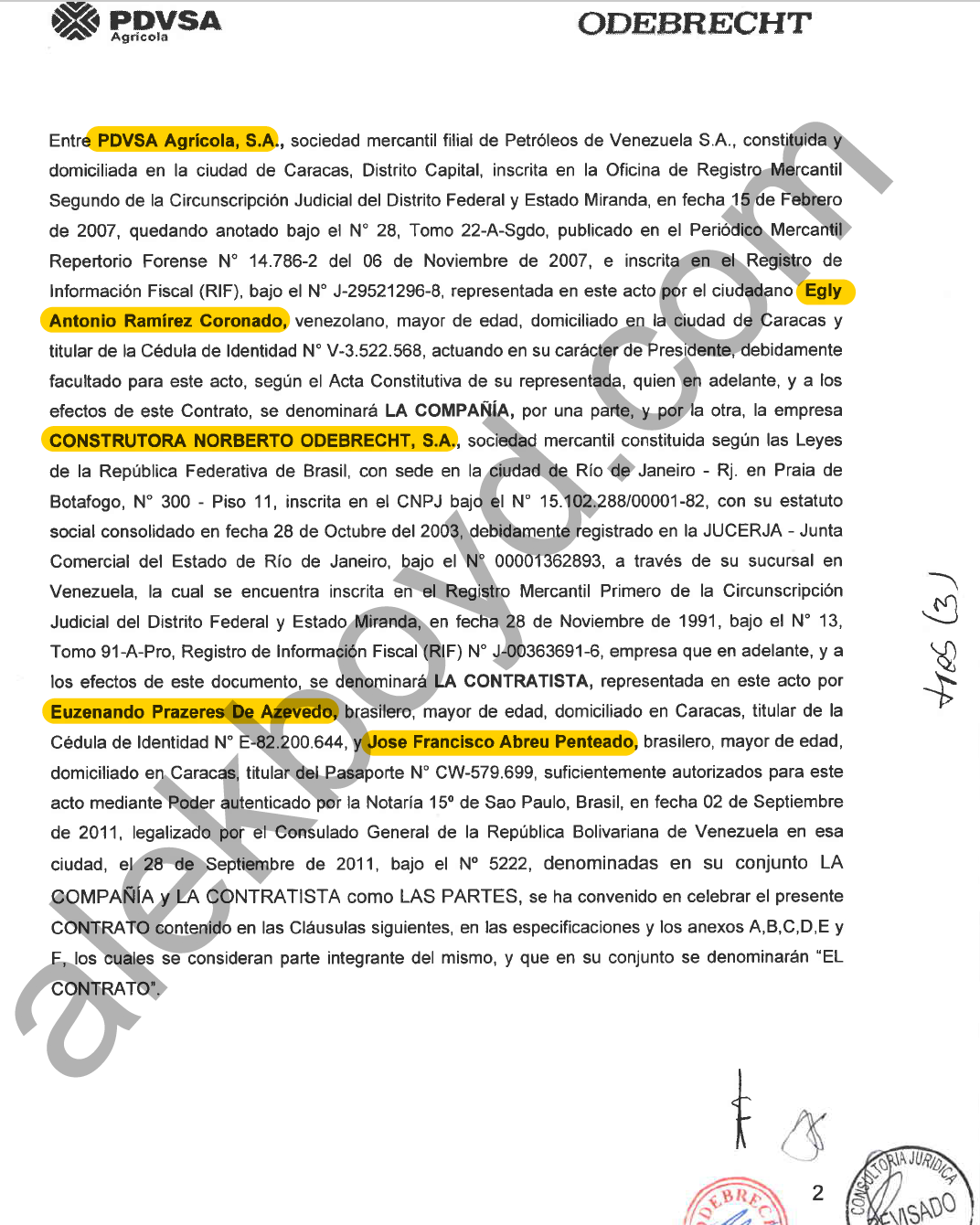 3) Brazil: officials of Constructora Odebrecht bribe-payment department also had dealings in Venezuela, this time with Egly Antonio Ramirez Coronado, head of PDVSA Agricola S.A. and uncle of Ramirez, who had been tasked by PDVSA, i.e. Ramirez, to procure with Odebrecht construction of agroindustrial sugar cane processing plants worth hundreds of millions of dollars.

4) U.S.A.: Ramirez is involved, along with Villalobos, Alvarado, et al in Roberto Rincon's and Abraham Shiera bribe-payment scheme to get hundreds of millions of dollars worth of procurement contracts from PDVSA. The Justice Department came tantalisingly close to name Ramirez, a.k.a. "Grey Hair", as party to the scheme.

5) Spain: former Spanish Ambassador to Venezuela, Raul Morodo, and his son Alejo, are involved in inexplicable consultancy contracts with PDVSA amounting to some €4.5 million. Juan Carlos Márquez Cabrera, former PDVSA counsel, reported to Ramirez about said contracts. While Márquez Cabrera would eventually be found dead, Alejo Morodo's partner in these deals, Carlos Prada, is involved in yet another completely dodgy payment settlement involving Wilmer Ruperti and a shell called Intercontinental View Inc., that got $62.4 million from PDVSA. Javier Alvarado, partner in crime of Ramirez in many deals, was arrested in Spain. So was his partner and Ramirez favourite Nervis Villalobos.

6) Switzerland: authorities are investigating PDVSA's banking relationships in the context of money laundering and bribe payment schemes related to Derwick Associates, on the back of requests presented by Southern District of New York prosecutors. Gazprombank, Derwick Associates' partner in a joint venture with PDVSA was sanctioned for "serious breach of its anti-money laundering due diligence requirements in the period from 2006 to 2016."

7) Venezuela: Diego Salazar, Ramirez's cousin and trusted associate, is in jail. Eulogio del Pino, colleague of Ramirez and participant in some of the schemes mentioned, is also in jail. Ramirez is being investigated by chavista prosecutor's office, in relation to massive corruption while heading PDVSA.

All of the above are criminal investigations in which Ramirez's participation is a given. And yet, Ramirez moves around freely giving interviews to friendly media, and even met with the United Nations High Commissioner for Human Rights to protest -what he claims as- politically motivated persecution. Just like Hugo Carvajal, who argues that 5.5 tonnes of cocaine seized in Mexico and originated from Venezuela is a fabrication.

It is beyond preposterous to entertain Ramirez as anything other than the main architect of gargantuan corruption that bankrupted Venezuela and caused the largest humanitarian crisis the American continent has seen.

Furthermore DoJ, how can actions of Operation Money Flight be explained, without questioning lack of indictments and charges targeting Ramirez for his direct involvement in exact replica money laundering scheme set up by almost exactly same actors? That is, if it is a prosecutable crime to launder $1.2 billion, how come the same people laundering over $4.5 billion from the same source don't get to be prosecuted?

In the Spanish section, this site has published incontrovertible and irrefutable evidence of Ramirez's involvement in a $4.5 billion money laundering scheme. Sources have informed this site that DoJ has the same evidence, and more. Why is Ramirez still free? Is it politics what's preventing law enforcement to move against Ramirez and his network of thugs? 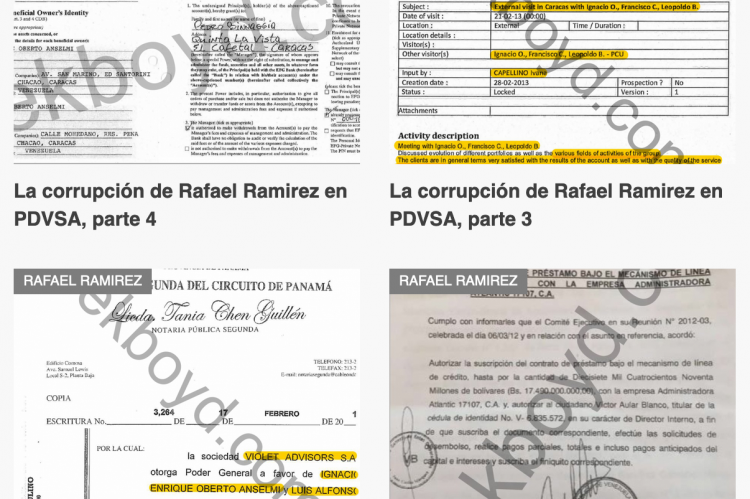