[UPDATED] Hey Twitter: you, Vanessa Neumann and your censorship can fuck off 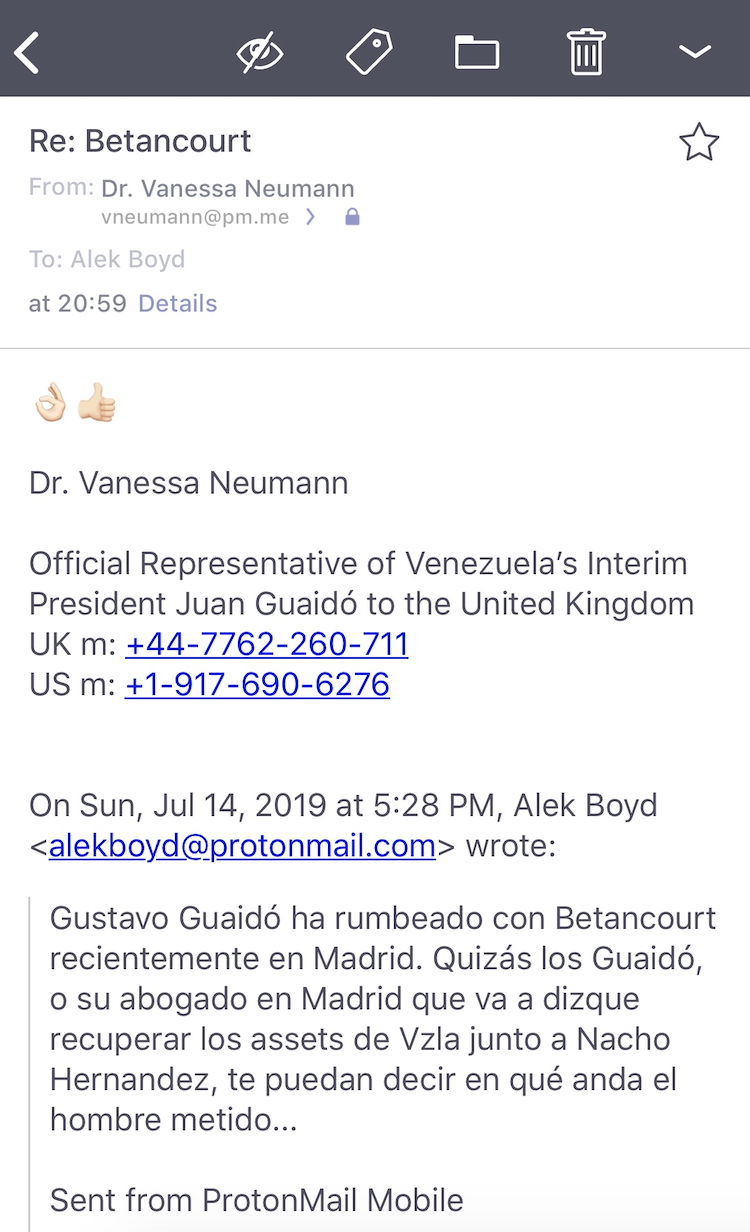 If I hadn't been online before 2006, I would probably comply. If I hadn't seen what Twitter has become, and how any deranged freak, anywhere on earth, can spout whatever denigrating, insulting, threatening, fake, and outright insane nonsense, I would consider. If I hadn't been subjected to endless defamatory tweets, from all kinds of impersonators, or anonymous accounts, that Twitter has systematically found to be in perfect line with their "rules", I would delete tweets in question, which amounts to a public retraction. As it is, I have decided that I am in disagreement with Twitter's interpretation of what constitutes a violation to their preposterous "rules", and so I am not going to delete tweets that contain information about telephone numbers / email of Vanessa Neumann (Juan Guaidó "diplomatic representative to the UK"), or about meetings between Gustavo Guaido and Alejandro Betancourt in Madrid. 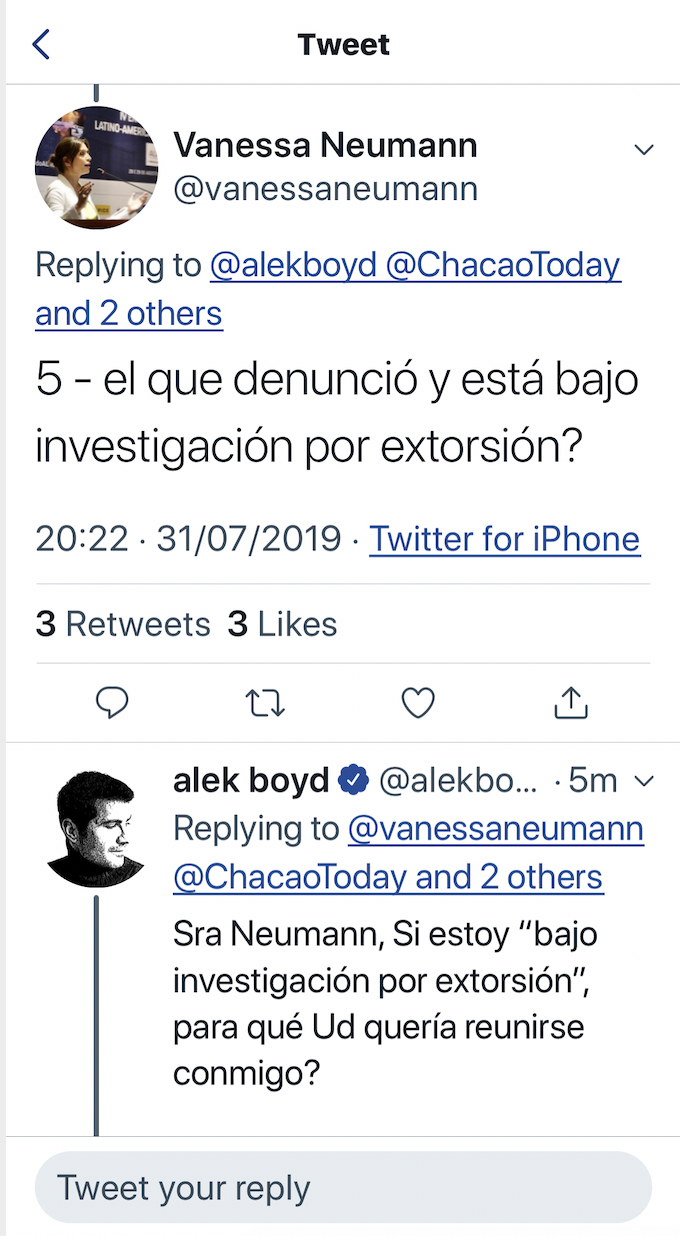 During the summer, out of the absolute blue, Neumann put a tweet saying that I was "under investigation for extorsion". This came on the back of her requesting an urgent meeting to discuss whereabouts and activities of mega thug Alejandro Betancourt, Jorge and Delcy Rodriguez.

I challenged Neumann, who exhibits a rather imaginative streak in describing her career before becoming part of Guaido's diplomatic corp, to put up or shut up.

No evidence of such "investigation for extorsion" ever came. What did come were threats via Twitter's very own DM platform (which I keep), and a subsequent deletion of the defamatory tweet in question (see image left).

All of it to be expected considering the cast, of course. What I am not prepared to accept, however, is to delete perfectly valid information that has been put in public domain by the very people now complaining to Twitter about it.

I have a record of deleted tweets, accusing me of non existent legal processes, as well as a collection of highly defamatory tweets that Twitter has refused to delete over the years. Publishing total fabrications about non existent stuff is perfectly fine with Twitter.

I am therefore calling absolute BS on Twitter stupid interpretations of their rules, and I refuse to delete tweets in question. If Twitter decides to continue blocking my account, or altogether suspending it, I'll live with it: Twitter, Neumann and all the friends of Venezuela's rampant corruption can fuck off. This site will carry on, regardless. 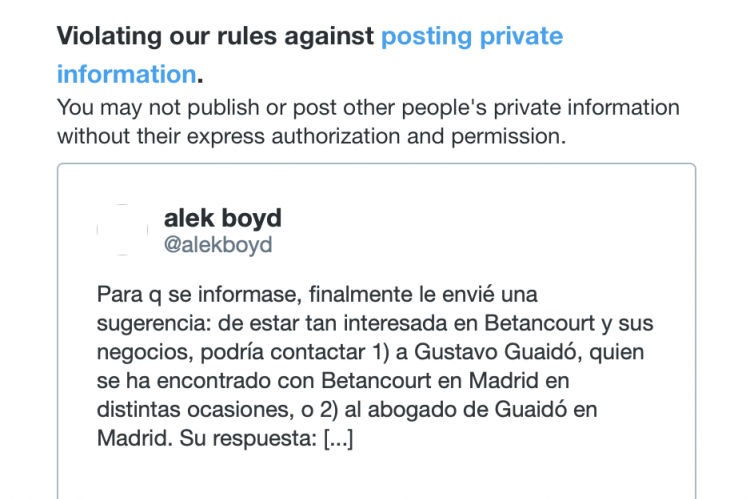