While Rudy Giuliani rushed to Bill Barr to get Alejandro Betancourt off the hook, and closest relatives of Juan Guaido provided bona fides, Nicolas Maduro had a realisation of profound consequences: Venezuela can move on from its oil dependence into money laundering. Venezuela is perfectly placed and is, in fact, the launching pad of choice for most of the cocaine produced in neighbouring Andean region that enters international markets. Venezuela has a completely corrupt banking system, overseen by the likes of Antonio "Catre" Morales, someone who is already well versed with drug trafficking. The Venezuelan State has a foot in Russia's banking system, through Evrofinance Mosnarbank, and counts on Putin's full support. In fact, Russia's banking system has supplanted America's, and nearly all of Venezuela's banking needs are being routed through it. Colombian drug cartels and narcoguerrilla groups operate freely in Venezuela, in partnership with chavismo.

Drug trafficking produces endless cash. Oil trade, under current Treasury's sanctions regime on PDVSA, also forces parties to get creative with invoicing, receivables, etc. There will never be a shortage of bankers, intermediators, companies and financial watchdogs willing to get in the action. So Maduro must have thought: let's make sure we launder all that cash here. Uptake has been immediate: bodegones are popping all over the place, local businesses are raising capital through "stock offerings", banks offer cash loaded "entrepreneurs" to hoard their foreign currency, the economy has dollarised in all but name... It's a win win, for chavismo, its criminal partners and enchufados. No body else partakes in / benefits from the money laundering piñata, least of all hospitals, schools, and regular Venezuelans.

Remittances do not arrive in cash trucks, but through a vast network of international operators holding accounts in local jurisdiction and Venezuelan banks. FX gets exchanged at the daily, black market exchange. Say a Venezuelan exile in the U.S. wants to send some money home to relatives: USD are paid to a non-registered operator, John Doe, who gets USD in his U.S. bank account and wires equivalent sum in Bolivares at parallel market exchange to recipient from a local Venezuelan account. That local account in BsF has to be replenished at regular intervals. Fictional transactions are made between local businesses, invoices are raised then settled in BsF. Spread's built into FX parallel rates, thus how drug / corruption / oil / gold / extortion money enters stream of commerce.

Venezuelan banks can not just give USD to local accountholders, not officially, unless we're talking clients making use of banks' vaults to keep their own USD. However when is PDVSA, or its subsidiaries, accepting / moving cash into State-owned banks, no questions are asked of course. Given the sheer opacity of PDVSA, who is to tell whether this amount is oil-related and that amount is Tareck el Aisami's or Diosdado Cabello's take from drug trafficking? Given the background of most Venezuelan banks and bankers, who is to stop a Francisco Convit or a Raul Gorrin from walking in with bags of cash brought from Russia? Who is to question origin of that money, Juan Carlos Escotet's compliance people? Luis Oberto's partner José Antonio Oliveros Febres-Cordero? Victor Vargas or the Gill brothers?

It is a perfect case study of a jurisdiction where criminals control all official watchdogs / institutions / tools to build the perfect money laudering economy. No one checks anything. No authority asks. No bank meets international compliance rules. Industry, banking, financial authorities, politicians, and criminal gangs profiting from a regime bent on survival, no matter the consequences.

While this was happening, Putin moved in. He must be thinking that Venezuela is simply perfect, Latin America's Syria. His foreign emissary, Lavrov, is to visit this week probably to instruct Maduro on how to privatise "successfully." Who has the cash to benefit from chavista privatisation plans? Well, "entrepreneurs" who have been repatriating the loot, drug traffickers, connected chavistas, gold folk...

In the short term, Venezuela's economy will become less reliable on oil. After a privatisation wave fueled by laundering money on a massive scale, a new "entrepreneurial class" will emerge. The perfect criminal isn't English, Swiss, Nigerian, Chinese or Russian. We will have our Abramovichs, Usmanovs, Deripaskas, etc., who, unlike in Russia, will get away with what they've done. Exhibit 1 Raul Gorrin; 2 Alejandro Betancourt, 3 Juan Carlos Escotet, 4 Oswaldo Cisneros... No FSB will ever be set on them. No local authority will ever chase them. 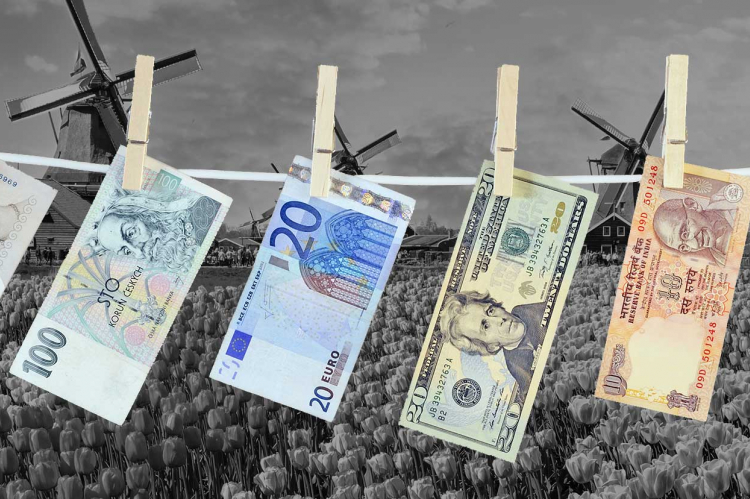