Justice isn't about fairness. It isn't a system where victims can exact revenge on their tormentors, and it is not the place where serious crime is punished in appropriate measure. There are many examples where America's Justice has settled with offenders, in exchange for something. The criteria by which that something is weighted at time of reducing, or altogether eliminating, jail time remains a mystery. There isn't a table, or a set series of parameters guiding actions of the judiciary when criminals decide to "cooperate". Venezuela provides some good examples, the latest being that of Alejandro Andrade: a former head of Treasury who admitted that he, alone, had gotten about $1 billion worth of bribe payments, for which he got a 10 year sentence in late November 2018.

Andrade's sentence recently got reduced to three and half years, according to a Miami Herald report, which could mean he gets to walk sometime in 2022. Seen from Andrade's personal experience, crime pays. Big time. While Venezuelans are, naturally, incensed by the news, this site is more interested in the kind of deal Andrade got from DoJ. More importantly, we would like to learn the kind of intel Andrade provided. For his case relates to his Treasury tenure, over a decade ago, after which he basically decamped to Wellington to lead a billionaire life.

Getting three and half years for stealing $1 billion from public coffers is a tremendous deal. Most people would sign for it. However it does put a focus on the kind of message DoJ wants to broadcast to the world. It is likely that had Andrade misappropriated $1 billion worth of American taxpayers' money, story could've been different. But this being Venezuela, DoJ just couldn’t care less about repercussions that such a decision may have in the chavista underworld.

Whatever Andrade volunteered as information to reduce his sentence is yesterday's news. Therefore determining the exact value that DoJ gives to such information is critical, in order to understand Andrade-like deals. Taking this argument forward, there's the case of Alex Saab, who's in possession of fresh, critical and very current intel about Nicolas Maduro's criminal ventures in Venezuela and beyond. So if Andrade got three and a half years, on the back of dated and useless information, what are the chances of seeing Saab doing any time, should he decide to "collaborate"?

Unfortunately, it is not Venezuela corruption experts like us assessing whether what these thugs bring to the table is actionable and useful stuff. Rather, it's the task of overworked and underpaid DoJ prosecutors, hampered by all manner of *political* considerations that, in all honesty, don't have much of a clue about what really goes on beyond their extremely narrow remit.

It is a disgraceful state of affairs. Andrade will escape the clutches of justice after mere 42 months. He'll live the rest of his life extremely comfortably, like the 1%. In the universe of criminal chavistas, however, Andrade's 42 months and accompanying criminal record don't look appealing, but a veritable calamity to be avoided at all cost. There's so many of them, whose predation pushed Venezuela to an inescapable abyss of poverty and misery, that have gotten away. So many that are not on DoJ's radar. So many living in the lap of luxury, right there in America's jurisdiction, that fearing even 42 months and an mugshot wearing an orange jumpsuit is a perfectly calculated risk.

This site has a catalogue of thugs that DoJ should already have given Andrade-like treatment, alas that's not and will not be the case. DoJ's work is in a very precarious situation. When pursuing its own probes in different jurisdictions, it has had to pact with Cape Verde to guarantee Saab's isn't treated "unfairly", it has had to give similar assurances to Spanish judiciary regarding Hugo "El Pollo" Carvajal, it has had to put up with absurd decisions such as that of Geneva "prosecutor" Endri Gega, who refused to even accept money laundering charges filed against Saab... That is, America's preeminent law enforcement agency has to submit to all kinds of demands made by the very criminals it is pursuing, has to contend with regular rejection by law enforcement authorities in other jurisdictions, and when it finally gets its hooks on those found responsible of wrongdoing, it gives them what amounts to a free pass on the basis of bogus and useless information, merrily sending them back into the world to carry on.

As far as Venezuela is concerned, the punishment never fits the crime: Andrade *is* the poster boy. But if the deal Andrade got is key to understand justice administration in the U.S., what permits Alejandro Betancourt, Nervis Villalobos, Javier Alvarado, Rafael Ramirez, Luisa Ortega Diaz, Danilo Diazgranados, Raul Gorrin and so many others to happily enjoy the loot without as much as a worry that DoJ is going to come knocking, is what truly fascinates us. DoJ seems a sclerotic dog with no bite, and whenever it does signal interest, recycled information obtained in the public domain and good old lobbying / lawyering do the trick. 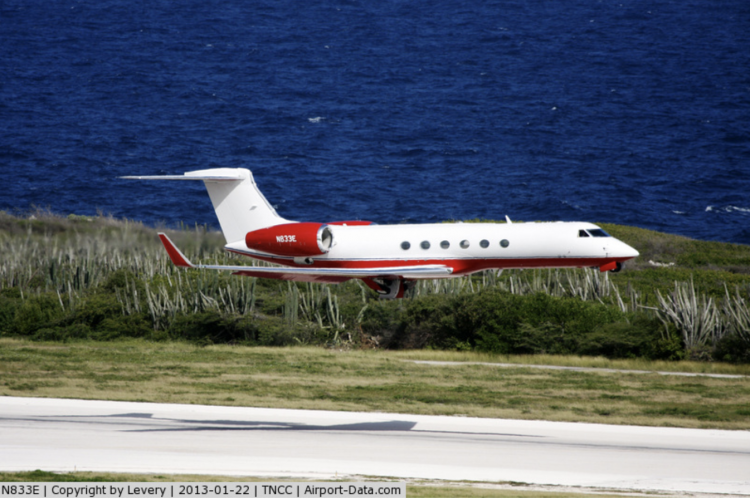