A well known trope in Venezuela is that Hugo Chavez was the most charismatic politician, and that Nicolas Maduro was just the loyal fool handpicked to continue the "Bolivarian Revolution". When Chavez's death was announced, nobody gave Maduro much of a chance. The thinking was that he was no Chavez, that he didn't have what it took. Maduro has been massively underestimated. For years. Yet he can easily claim to be the shrewdest, more so than even Chavez, whose time in power was aided by the largest oil windfall ever received.

When billions of dollars are coming in everyday, and the sitting president has unrestricted and absolute control of the public purse, being "charismatic" isn't hard. As I once said to a former UK Ambassador to Venezuela: "you give free rein to the sort of cash Chavez commands, and anyone would become Venezuela's most charismatic leader. Even a monkey would!" Chavez's years were the years of plenty. The years when he would travel the world, throwing money around, to Joe Kennedy, to Danny Glover and Oliver Stone, to Ken Livingstone, to Pablo Iglesias... Chavez anti America rhetoric sounded great, but America's greenbacks (Chavez's petro-dollars) felt much better. He perfected the use of petro-diplomacy in a world filled with people eager to show the finger to Uncle Sam, while laughing all the way to the bank.

But Maduro is different. The piñata didn’t last very long after he came in. Oil prices crashed. Largesse from international partners (China and Russia) mostly dried up. Bond issues decreased, almost to a complete halt. Therefore chavismo had to survive on more than hand outs. This is why we say that Maduro has outchavezed Chavez, for he has all but outmanoeuvred the opposition, annihilating both local and foreign branches.

Advisors to Donald Trump came up with the great idea of ordering Juan Guaido to appoint himself as interim president of Venezuela, given that their man, Leopoldo Lopez, couldn't. The State Department garnered some international support, helped no doubt by the unfolding humanitarian crisis that years of chavista mismanagement and gargantuan corruption had caused. Empathising with the plight of Venezuelans was the easy part. Ousting the strongman that controlled everything not quite so. Though ahead they went with the harebrained, impossible plan. Microphone diplomacy and social media would do the trick. When Maduro called the bluff, Lopez got his marching orders to concoct a final solution: ousting Maduro. This was going to come about via an unholy alliance: Lopez "enlisted" Raul Gorrin (Maduro's favourite Boligarch after Alex Saab), who "brought along" Maikel Moreno (Supreme Court Chief); and Vladimir Padrino Lopez (Maduro's Defence Minister) was "going to turn" on Maduro...

Top officials of the Trump administration were actually convinced such an alliance had a fighting chance. The U.S.' State Department, National Security Council and the Special Representative for Venezuela were in league with Lopez, and provided tacit approval. The second plan followed the first's path to success. All the while, Maduro had real time information of what his foes were planning. They never stood a chance. The local idiots (Guaido and Lopez) were comprehensively neutralized, their network completely exposed.

Maduro has been playing the long game, biding his time. He knows, better than most, that the opposition leadership in Venezuela can be easily bought. He knows exactly how to play them against one another. Self aggrandised egoes block any practical, pragmatic solution to Venezuela's problems. Alas the Biden Administration seems to be following Trump's failed policies. Instead of seeking a rapprochement with the one in control, it continues to entertain nulities that lack any vestige of power and do not represent anything other than themselves.

Bashar al-Assad, Vladimir Putin, Xi Jinping, Mohammen bin Salman, Recep Tayyip Erdoğan, Daniel Ortega, and Nicolas Maduro are not going anywhere. Visa cancellations, Treasury sanctions, and alleged DoJ investigations do not work against Heads of State, however pariah those States may be. The more vociferous U.S. demands become, the less attainable intended goals become. In the Americas, the Castros have been proving this since 1959: negotiations happen only on their terms, when it's politically expedient and convenient to them, not to the democratic wishes of Cubans.

With no funds to spare, with sanctions that only affect U.S. individuals and companies, Maduro can stay where he's at forever. He's learned from the best (Iran) how to laugh at Treasury. There will never be a shortage of folk racing to do a deal and profit from chavismo's predicament. Given how evident this is, we wonder: what is the point for the Biden administration to carry on wasting time with the likes of Manuel Rosales, Julio Borges, Carlos Vecchio and Leopoldo Lopez? Maduro needs to be offered carrots, effing plenty of them, to get him to agree with anything. The State Department can not impose democracy in Venezuela, nor can it force Maduro to forgo the bespoke electoral system Smartmatic developed for Jorge Rodriguez. The State Department can not speak for Venezuela's opposition. Nobody can. Not even the half wits that fantasize with sitting in Miraflores. The plight of Venezuelans would be better addressed by an abundance of foreign investment, provided Maduro can give guarantees that no expropriations a la Chavez will take place. Foreign investors also need sufficient guarantees that repatriation of profits will work seamlessly. Maduro holds all the keys. He can change the legal framework with a phone call.

That's what must be discussed, and in that discussion Venezuela's opposition leadership is beyond immaterial. 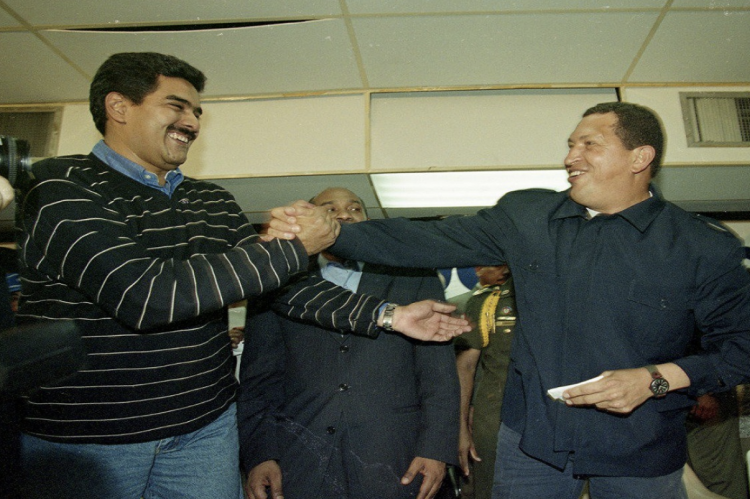