It's got be said: Donald Trump's administration's policy vis-a-vis Venezuela is a monumental failure. It epitomises the saying "empiezan con brío y terminan con escalofrío." By now it is clear that its intended original goal, of removing Nicolas Maduro, has not only failed its objective, but has rallied Russia, China, Cuba, Turkey, Canada, Lima Group and most countries in Europe into an overtly anti Trump's "all options are on the table", baseless stance on acceptable and achievable solutions for Venezuela.

Claver Carone, Rubio, Bolton and Pompeo thought that bossing around totally useless opposition politicos would win the day. In their view, an agreement with a hapless, green and ill equipped Juan Guaidó, and his mentor Leopoldo Mandela, would somewhat counter a formidable criminal organization, armed to the teeth, and supported by leaders that do not conform to liberalism's conventions.

But Trump's no different, with his comments about how Putin has promised him this or that re Venezuela, to be publicly contradicted five minutes later.

Only folk who haven't been paying attention gave such a hare-brained plan the benefit of the doubt. Guaidó's "interim presidency" remains an impossible and unattainable pipe dream. The man doesn't even control political forces opposed to chavismo. Worse still, nations allied to the anti chavista crusade are showing fatigue, unclear on what to say and do, or how to deal with Venezuela's problems. Most have meekly expressed a degree of support to dialogue, a negotiated solution, and elections. Chavismo, however, cares so little about generating goodwill to enter such talks, that it recently tortured to death an army official allegedly involved in conspiring to oust Maduro, and boasted about it!

Venezuela has by no means exclusive rights on crises. Those are popping everywhere, and today's news cycle is forgotten tomorrow. Add to that time's unstoppable nature, and in no time Guaidó will no longer be Venezuela's Congress acting Chair. What then? Is Stalin Gonzalez gonna get another call from Pompeo, to swear himself as new "interim president"?

Lavrov, and not Pompeo, is the one with leverage here. Ditto their bosses. January of 2020 will come, and chavismo, without a shred of a doubt, will still be in command. With that scenario in mind, American Senators and Congressmen have perhaps more power to assist in solving the crisis that any other group. But as everywhere in the Western world and to the benefit of enemies of democracy, navel-gazing takes precedence. There was talk about passing a law, VERDAD Act, that could if enacted create a task force to deal with the problem. Such task force, a Helms-Burton 2.0 of sorts, could just make Maduro's life hard enough to force him to sit for meaningful negotiations. Such task force should hit not only Maduro though, but all of its partners, wherever they are and whoever they may be.

Putin needs to see advantages, in kind, to let go of that stick with which to bash Trump officials over Venezuela. Instead of making it impossible for only American companies and businesses to deal with chavismo, Treasury should extend the courtesy -through secondary sanctions- to all the thugs that have entered the space. Effective sanctions isn't closing one door and leaving seven windows open: all access should be shut.

Banks, trading houses, and oil companies dealing with Venezuela, whether American, Russian or Nigerian, should be cautioned about the perils to continue helping Maduro circumvent sanctions.

Red Alerts targetting chavistas should be issued with gusto, just like Putin does.

Just one release from FinCEN about Venezuela / PDVSA money would put the fear of god in all banks and financial institutions worldwide: is conventional wisdom in all such joints that almost every last cent of that origin that's come through is highly likely corruption proceeds.

The Trump administration must know that Venezuela requires a multipronged strategy that can't just be political. The criminal organization that runs Venezuela, and its international partners, have got to come to the understanding that dialogue and a negotiated solution is the lesser evil. As it stands, Maduro and co just couldn't care less about America's measures, for those have no real impact on them. Oil keeps flowing to Nynas, drugs keep flowing to international markets, PDVSA continues to be the envy of all money launderers, dodgy traders keep making a mint with gold, naphta, gasoline, etc., it's just business as usual. That business has to be conducted in the French Riviera, Geneva, Moskow, London, Madrid or Dubai? Big effing deal! 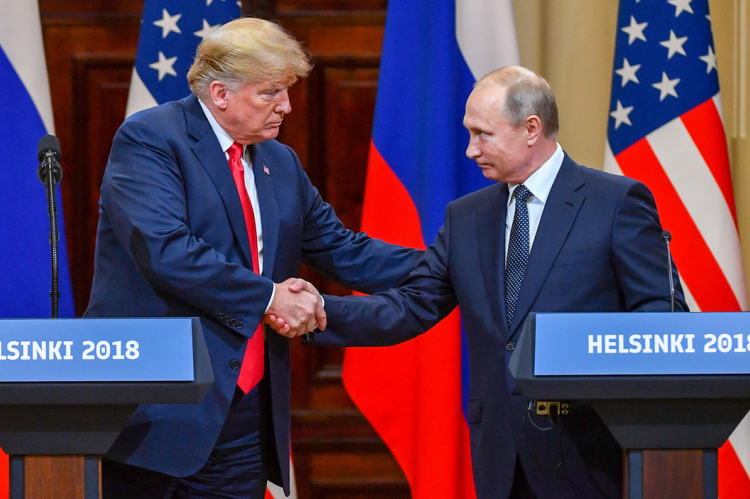