Spanish news outlet ABC posted about connection between Wilmer Ruperti, Hugo Carvajal, and disgraced judge Baltasar Garzón. This is not the first instance where Ruperti's largesse -when it comes to covering legal expenses of chavista criminals- has been shown. Ruperti paid for Nicolas Maduro and Cilia Flores' narco-nephews. Ruperti was also involved in setting up PDVSA US Litigation Trust, David Boies' scheme to scam PDVSA. Ruperti's connection to Carvajal has been known to this site for a while. But given Rafael Ramirez's legal problems of late, and the very many favour$$ that Ruperti owes Ramirez, would it not be reasonable to speculate that Abbe Lowell's costs are also being covered by Ruperti? Otherwise, how can Ramirez, as per his own admission a man of "modest means", afford expensive lawyers from Winston & Strawn, while unemployed and living in exile in Italy?

People following Venezuelan corruption keep wondering: how come Ramirez has not been charged? Let's do a non-exhaustive recount:

Can anyone explain how come 26 people in Ramirez's sphere of influence, network and family are part of criminal proceedings in different jurisdictions, and the orchestrator of it all, the architect of this global criminal gang and main culprit of Venezuela's humanitarian crisis, is having tea with Michelle Bachelet, unencumbered by the long reach of U.S. justice?

In a civil case brought against Ramirez by Harvest Natural (case 4:18-cv-00483), for racketeering and corruption of course, we find the following (docket 98):

Minute entry for proceedings before the Hon. Lee H. Rosenthal. Discovery hearing held on August 27, 2019. The court extended outstanding deadlines by 60 days and will issue an amended scheduling order. Harvest is generally entitled to discovery of information and documents from January 1, 2012 to the present. Harvest's discovery relating to the De Leon indictment may cover information and documents from the date of the indictment to the present. Harvest may obtain communications between Ramirez and Garcia without a time limit. Harvest may seek discovery on PDVSAs U.S. subsidiaries dating only between 2012 and 2014. Harvest may seek communications involving Ramirez personally, not limited to Texas. Harvest's discovery of Ramirez's communications with the U.S. government is permitted as to communications with the Department of Justice, law enforcement agencies, the Department of State, and the Department of Homeland Security. If Ramirez objects and withholds information or documents, he must follow the procedure required by Rule 34(b)(2)(C) and must produce a log setting out what was withheld with sufficient specificity to allow Harvest to decide whether to seek production. Discovery about PDVSAs U.S. subsidiaries relevant to specific personal jurisdiction, general jurisdiction, and service of process is permitted. Harvest must list the U.S. subsidiaries at issue. If Ramirez objects and withholds information and documents, he must follow the same Rule 34 procedure, including providing a log of items withheld. The court overruled Ramirezs objection to Harvest's requests about Ramirez's residences but granted Ramirez leave to disclose the requested information under the protective order. Harvest may seek discovery as to when Ramirez worked at Enagas and the nature of the positions he held there. Ramirez must state when production will occur. Ramirez is entitled to discovery from Harvest on personal jurisdiction and service of process, but Harvest may make specific objections to Ramirezs discovery requests. (bold added)

We have long suspected that there's something fishy between Ramirez and said U.S. agencies and departments. Tom Shannon's long held policy at State might be about to be revealed. If, as suspected, there has indeed been a policy of entertaining Ramirez's canard of being the true heir of Chavez, America's arguments -of being pro rule of law, of having an incorruptible judiciary and independence of powers- will suffer. It won't look good on Donald Trump's admnistration either.

Ramirez is not the acceptable face of chavismo, but one of its most wretched figures. We may as well leave Maduro in peace, or replace him with Diosdado or Tareck. Ramirez belongs in jail, like some of his gang. The amounts stolen due to Ramirez's gargantuan corruption have pushed an entire region into chaos, destroying millions of lives. He should go the Epstein way, and not as some of sort of saviour. 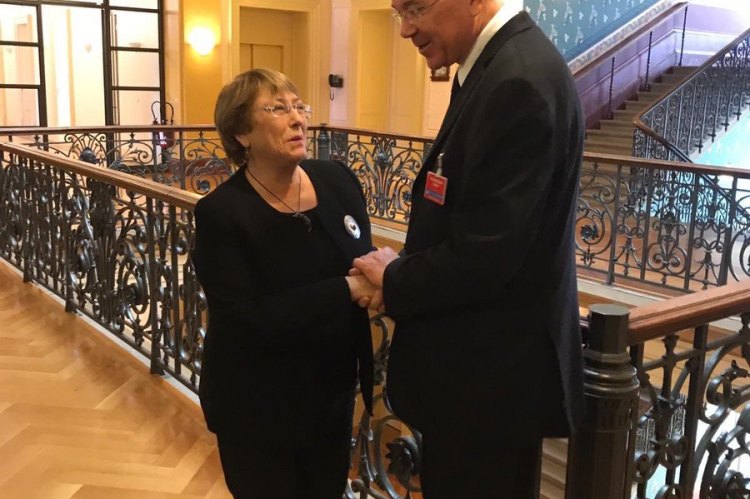