Stambul LLC is one of those Florida-based businesses owned and run by Venezuelans that, all of a sudden, have hundreds of millions of dollars to invest and develop real estate. An SEC filing related to Stambul LLC claims: "From 2013 to the present, Daniel Pena Giraldi, as the principal and owner of Stambul LLC, and its affiliates, has purchased and developed commercial real estate currently valued at over $250 million. Mr. Pena Giraldi has managed or purchased properties in Florida. The projects purchased by Mr. Giraldi and his team were acquired with Mr. Giraldi’s own capital and the proceeds of private offerings of securities made exclusively to Accredited Investors as defined under Rule 501 of Regulation D under the Securities Act." (bold added).

Peña Giraldi -married to a relative of Andreina Rojas, also known as Mrs Betancourt, wife of this Alejandro Betancourt-, took issue with a report about Stambul LLC activities and network done by Fiorella Perfetto (Venezuelan investigative journalist living in Florida) and sued. Peña Giraldi contends that the report is "defamatory". Peña Giraldi is, basically, using the courts to silence a perfectly legitimate and well sourced piece of investigative journalism.

When I read Fiorella's article back in March, I did something that has become ordinary practice in the course of my anti corruption work: I saved it and uploaded it to my server. I did this, on 13 March. Anyone can check accuracy of that date, from anywhere. Anyone but "extremely successful entrepreneurs" like Peña Giraldi, and his IT-challenged lawyers that is. 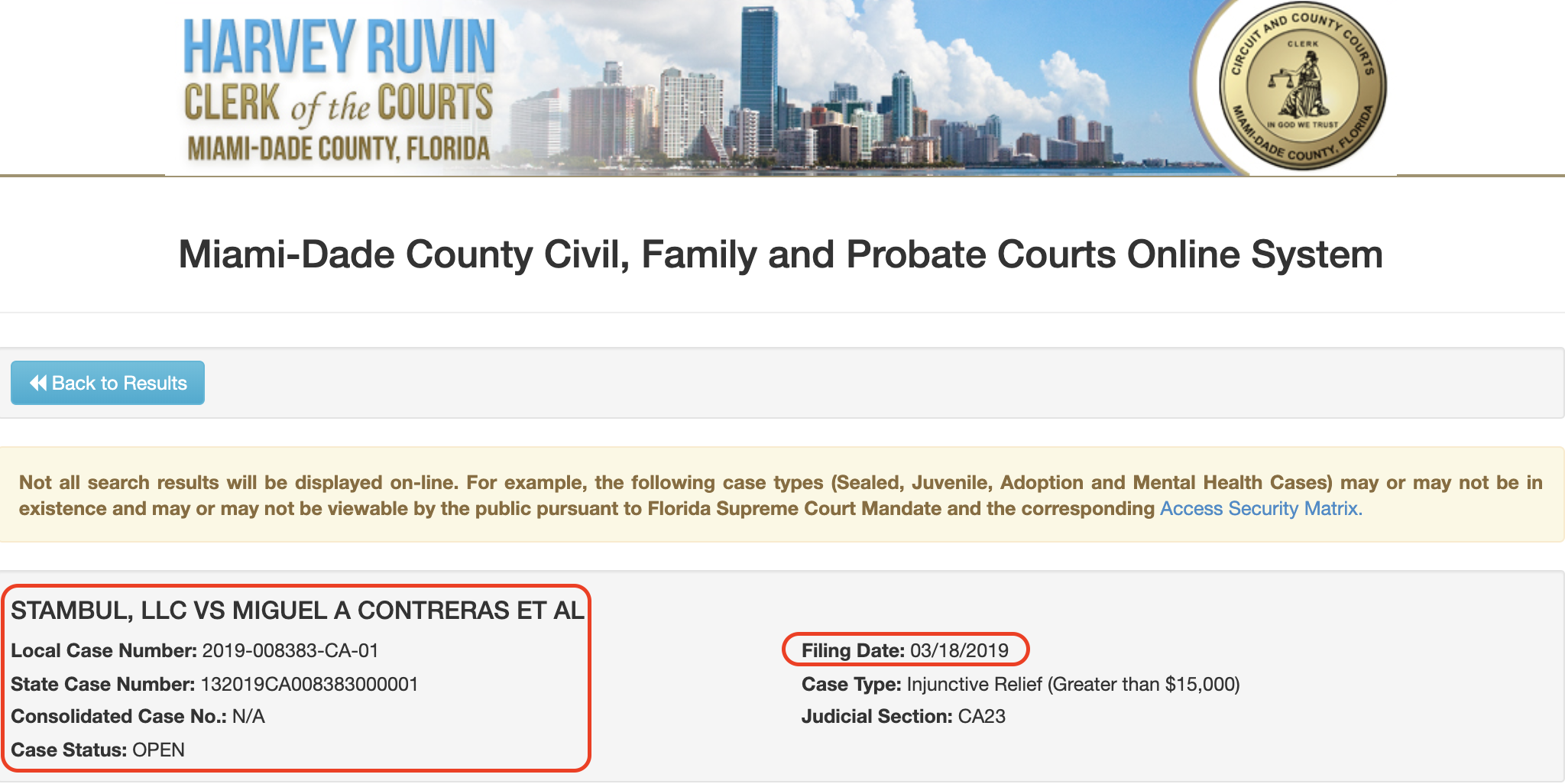 Peña Giraldi launched his legal action against Fiorella on 18 March.

The Circuit Court of the Eleventh Judicial Circuit for Miami-Dade recorded summons in the docket on 22 March.

The Court found that defendants had been "duly served" on 29 March.

Peña Giraldi's legal counsel named me, explicitly, on a motion filed 30 September, whereby it is argued that my posting a tweet on 25 September, about Fiorella's report uploaded to my server on 13 March, is somehow in breach of a "Final Default Judgement", which is being challenged.

In his motion, Peña Giraldi and co describe me as Quixotic. It continues to escape them, of couse, that I am not the one claiming to have amassed wealth legitimately in chavista Venezuela, a claim as believable as Don Quixote's depiction of windmills as giants.

But more importantly, Peña Giraldi's idiotic notion that Fiorella's controls me, this site, my Twitter account, or my decisions to publish / comment this or that, while failing to check and account for chronology of events, suggests that he's going to be laughed out of court exactly the same way his primo Alejandro Betancourt was, when he decided to sue Banco Venezolano de Credito in Miami back in the day.

Peña Giraldi is saying, basically, that Fiorella and I conspired against a contested default judgement of a lawsuit that had not even been filed. A common treat of these thugs is their conviction that past actions can be deleted from the record, and everyone can be bullied, silenced, bought, and threatened into submission. Their derangement is off the charts, it does not account for chronology and time, and I should know it: my deceased in 1983 mother was brought back to life by these thugs, to "head a drug cartel" in 2006.

I trust Judge Areces will eventually chuck this farcical lawsuit, and I know U.S. Federal Agencies are intently looking into Betancourt's criminal network. Last thing Peña Giraldi's should be doing in Miami is drawing attention to his operations. 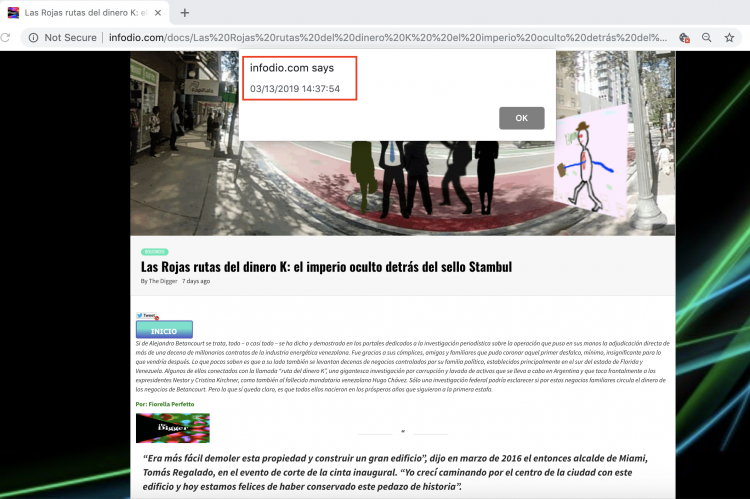