U.S. recognition of Juan Guaidó is a license to steal

It really is hard to figure the calculus here: "The United States continues to recognize the authority of the democratically elected 2015 National Assembly as the last remaining democratic institution and Juan Guaidó as Venezuela’s interim president. We welcome the agreement reached to extend the authority of the National Assembly elected in 2015 and of interim President Guaidó as its president." Authority? The term is defined as "the power or right to give orders, make decisions, and enforce obedience." In an ideal world, State officials should be forced to answer questions about Juan Guaidó's alleged "authority": where is his power or right to give orders (provide specific examples)? Who follows his orders? What decisions has Guaidó made that affect in any way the balance of power in Venezuela? Who obeys him?

The U.S. State Department's recognition of Guaidó as "Venezuela's interim president" is based upon an "agreement reached" by representatives of the four main political parties grouped under the "opposition" to Nicolas Maduro umbrella. Those parties are Acción Democrática, Un Nuevo Tiempo, Voluntad Popular and Primero Justicia.

Go check the Twitter feeds of each of the leaders of those four political parties (Henry Ramos Allup, Manuel Rosales, Leopoldo Lopez and Henrique Capriles respectively).

See if there's any evidence of that "agreement reached" as per State Dept. claim.

See if Capriles, Rosales and Ramos Allup are celebrating, or even mentioning, the recognition extended by the State Dept. to Guaidó.

See if any says anything about Guaidó's power / right to give orders.

See if any is making any mention with respect to decisions made by Guaidó.

See if any is submitting to Guaidó's authority.

See if any has signalled any obeyance to Guaidó.

To further illustrate the point, try and find any joint statement produced by mentioned leaders of the umbrella group that could justify the following State Dept. claim: "We welcome the agreement reached to extend the authority of the National Assembly elected in 2015 and of interim President Guaidó as its president."

"But what had started as a pro-democracy movement using street protests, critics say, has turned into an international bureaucracy of 1,600 workers with little popular support or accountability within Venezuela, even as they operate state-owned companies abroad valued in the billions of dollars."

The article goes into the opposition's sheer mismanagement of Venezuelan assets held abroad, and included a quote that captures very succinctly the reality of the situation: “The opposition can’t even balance a checkbook, let alone govern a country”.

As we have argued, the entire structure is corrupt. There's no distinction between Chavismo and "opposition", there's just a class of Venezuelan politicians, all of whom equally eager and desperate to partake in the looting. That is the calculus as far as Venezuelan politicos is concerned. What is difficult to grasp is the willingness of State and Treasury to go along with it. Recognising a non existent authority only perpetuates and fuels the very real cronyism and rampant corruption taking place in CITGO, Monomeros, Nynas, etc. That is, looting of Venezuelan public funds counts with the Biden administration's "recognition".

@FIFAcom got badly burned a while back. As every global corruption scandal, it had a #Venezuela component.

If anyone takes a look at @PDVSA trading ops of @jandresgimenez (head of @FVF_Oficial), previous scandal will pale in comparison.

In the meantime, Treasury sanctions are creating a new class of multi millionaires laughing all the way to their non USD-denominated accounts around the world. While it is shocking to see just how quickly the void left by Alex Saab was filled and how brazen new players are, the absolute lack of accountability of America's puppets is even more astounding.

There was a time for virtue signalling, when Venezuelan opposition could claim the higher ground and use the victim card. There was a time fingers could be pointed at chavismo's nation-bankrupting graft. No more. The fact that such behaviour is condoned by the U.S. government is a huge part of the problem, a long live chavismo cry, an absolute tragedy. Venezuela is, and will remain, well and truly fucked. 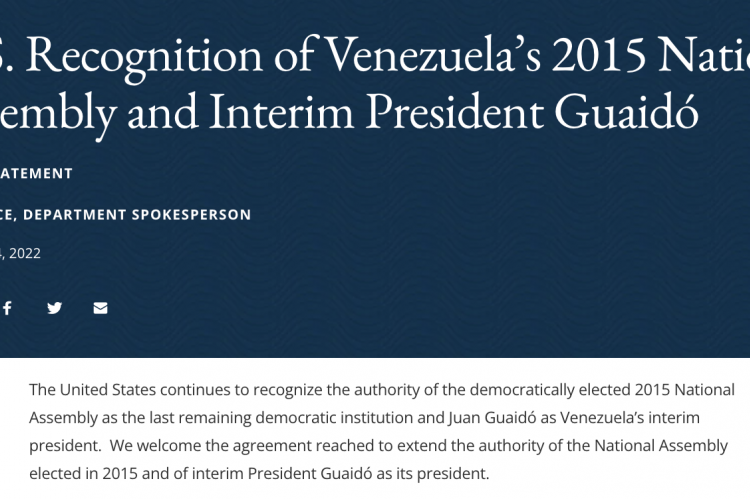