The good thing about the now-official bankruptcy of Victor Vargas' ALLBank in Panama is the amount of evidence of corruption that it will produce. A cache of internal documents from ALLBank seen by this site shows that Vargas' operation was little more than a money laundering platform. Exhibit 1: brothers Ramon, Roberto and Vicente Carretero, a trio of "entrepreneurs" close to disgraced President Ricardo Martinelli, who acted as proxies for Iriamni Malpica Flores and husband Juan Carlos Lopez Tovar through a shell called Landscape Vision Corporation. The Nicolas Maduro regime granted a number of no-bid construction contracts (gymnasiums, baseball stadium) to the Carreteros. But it was all a pretense: in reality, the sweet deals were for Iriamni, niece of Cilia Flores and sister of Carlos Erik Malpica Flores...

Landscape Vision Corporation's ALLBank account (294000259) got some $123.6 million worth of payments, wired from Venezuela's Treasury and FONDEN accounts at Banco Espirito Santo. Landscape would then wire over $80 million to Carretero International Corp, Distribuidora Ralcart S.A. and to Corporación Logística del Caribe, all of which controlled by the Carreteros. The Venezuelan subsidiary of Landscape is owned by Vicente, Ramon Carretero and Felix Fallabella Napolitano, as per registry information. Through Landscape, the Carreteros made two payments (~$1.74 million) to a Seguros Piramide account in Germany's Commerzbank, and made $4.35 million wire to Brilla Bank Corporation, a totally dodgy operation run by David Brillembourg Capriles (more on Capriles clan in another post...).

Corporación Logística del Caribe is where the link between Iriamni Malpica Flores and husband Juan Carlos Lopez Tovar with the Carreteros becomes evident. In letters addressed to ALLBank, Corporación Logística del Caribe's director Gloria Chong claims that Iriamni (passport no 041694718) works as "accountant and earned $78,000 plus incentives in 2013", while husband Juan Carlos is employed as "administrator and earned $178,000 plus dividends in 2013".

John Collins onboarded Iriamni and husband Juan Carlos in ALLBank, where their names are associated to six accounts. Francisco Flores Suarez, PDVSA contractor and owner of a yatch (Kingdom) where Dominican Republic authorities seized 54 kgs of cocaine, is also an ALLBank client (accounts 1110005936, 1110004044, 1130001980). Sources claim Flores Suarez is one of Rafael Ramirez's proxies whose "wealth" was managed by Tino Sangiorgio at Credit Suisse.

A Michael Collins is associated to Landscape Vision Corporation's operations in Venezuela. 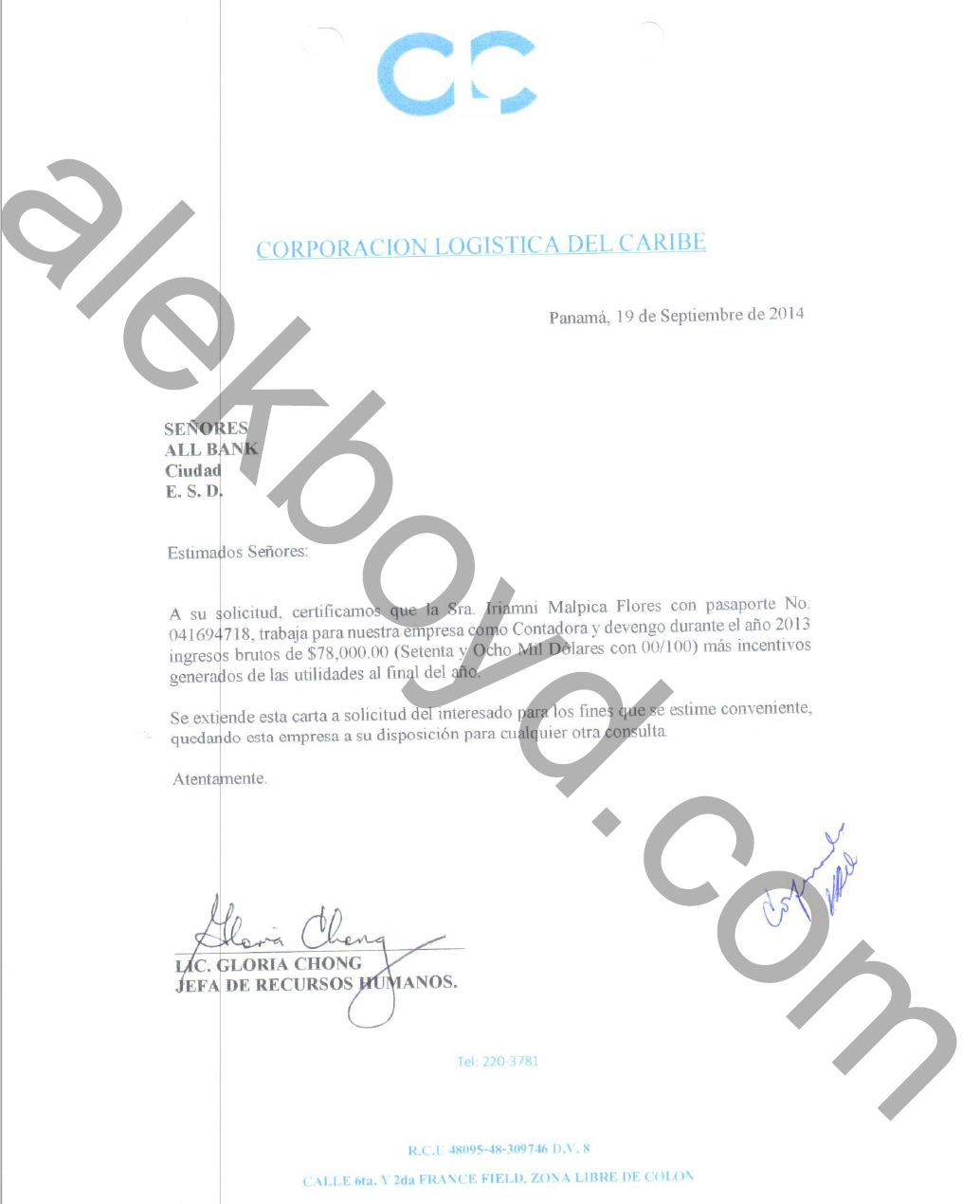 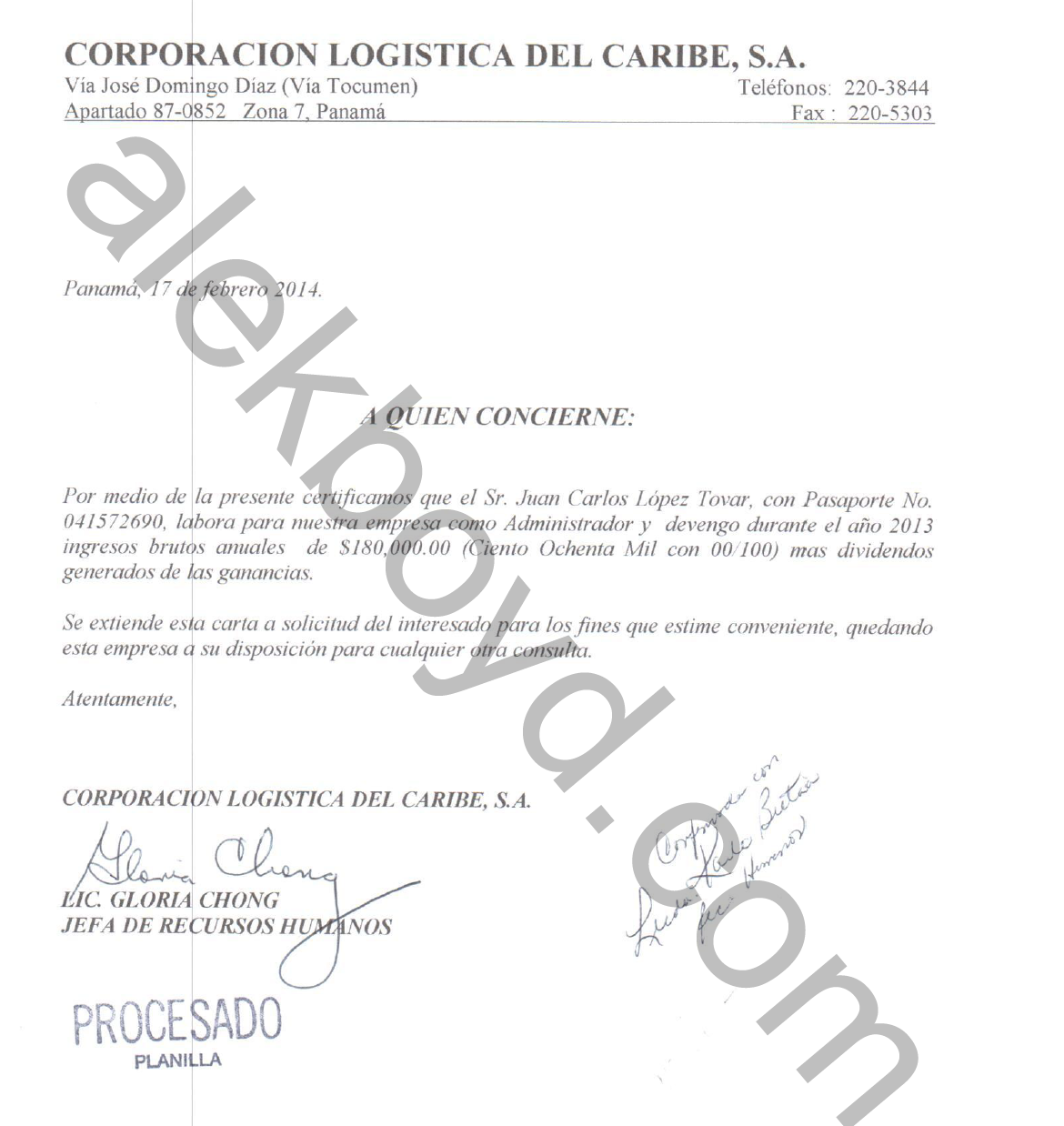 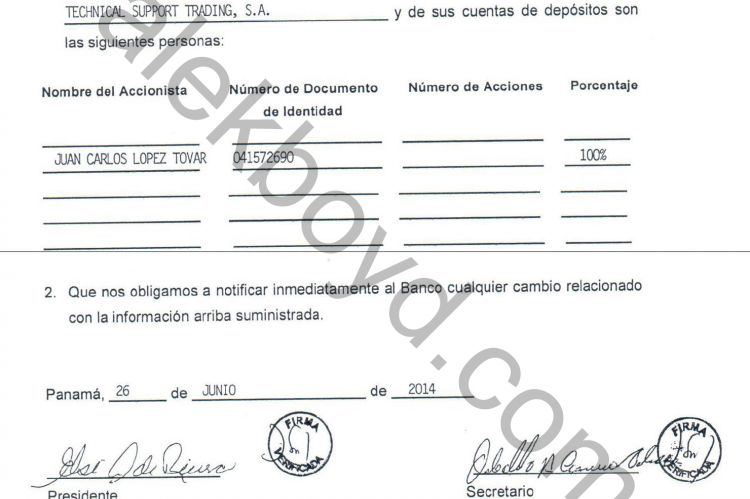