In a desperately mad fuite-en-avant, a number of thugs involved in Venezuela's gargantuan corruption are taking actions against this site. When DDoS and hacking attempts no longer produce expected results, novel ways are being used. Somebody on Frank Leon Holder's behalf took the trouble to file a DMCA request with Google, arguing that content originated in this website was a breach to "their copyrights". It was so brazen that it is worth repeating:

On 14 September 2017, someone "called" Grant Robertson "posted" a copy of "Hey OFAC, want Diosdado Cabello? Get Frank Holder" in the blog nouvellesexpress.blogspot.com.

On 25 November 2019, Nouvelle Esexpress (sic) filed a complaint to Google.

On 29 November 2019, Nouvellesexpress.blogspot.com updated its version of my article.

That is, these thugs are using a word by word copy of my work for their copyright infringement claim.

It isn't only Holder, of course: Baldo Sanso's representatives have tried it, and so have Juan Carlos Escotet, Majed Khalil, Victor Vargas, Olivier Couriol, Pek Huat Teh, Alejandro Betancourt, Francisco Convit, Pedro Trebbau, Luis Oberto, Joseph Benhamou, and Charles Henry de Beaumont to name a few. All unsuccessfully, I hasten to add. Yesterday I got a message from my webhost provider, whereby a Beatriz, from Spanish reputation scrubbing company Eliminalia, claimed the following: 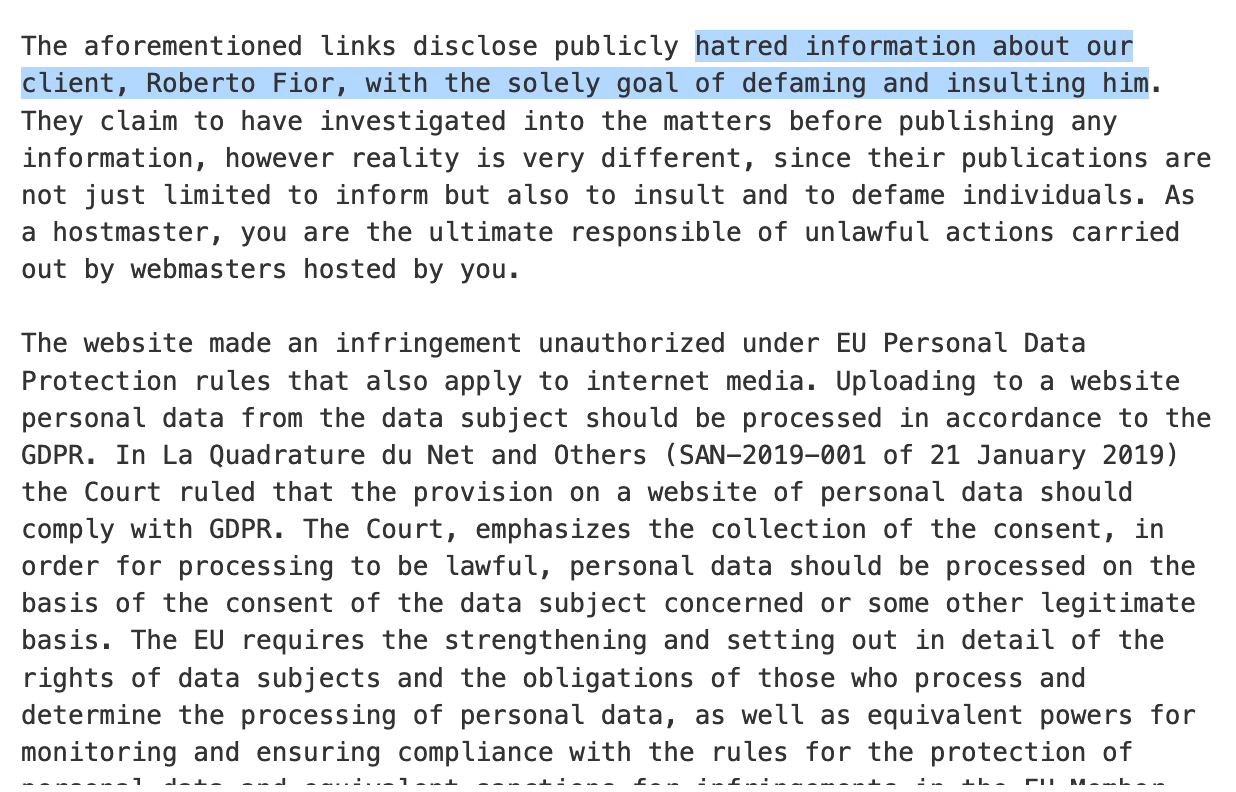 Beatriz provided a number of links to posts of this site where she alleges "hatred information about our client" has been published. A simple search for the name of her client will return ZERO results, therefore Eliminalia's claim that this site has defamed and insulted its client lacks any verifiable basis.

Eliminalia is one of a myriad of companies owned by Didac Sanchez, a self-proclaimed serial entrepreneur from Spain. I was made aware of Sanchez's firm antics recently, when Venezuelan journalist Omar Lugo reached out  to say that a claim for copyright infringement had been filed by me with AWS (webhost of a website associated to Lugo). It was in relation to a translation of a Bloomberg article about Charles Henry de Beaumont, Joseph Benhamou, Santiago Souto and Compagnie Bancaire Helvetique's involvement in massive money laundering schemes, currently being probed by U.S. Department of Justice (DoJ).

I had to make a public announcement about it, citing both Sanchez and his Eliminalia joint, to clarify my non-involvement.

Sanchez seems to have disliked the tweet above, and proceeded to shut down his Twitter account. It is quite ballsy for this megalomaniac to have used my name in a fake copyright claim against Lugo.

But Eliminalia's claim regarding this new client is equally bogus. While this site has, indeed, exposed instances where Banca Zarattini (Eliminalia's client employer) has participated in laundering ill gotten public funds from Venezuela, activities which remain part of ongoing criminal investigations in different jurisdictions, it is again brazen in the extreme that fake GDPR claims with no basis in reality are being made by corrupt bankers and their equally corrupt online representatives.

The concern is that neither Google, nor webhosting companies in general, are in the business of determining veracity of fake takedown notices. Party A makes a copyright / GDPR claim against party B, and it is the latter that needs to provide evidence and explanations to invalidate spurious claims.

Google and Blogger, as a matter of fact, are being fooled / gamed with fake notices. In another example, a fake DMCA was filed by "Infodio" claiming that it had an issue with a post in a blog [http://elpregonindependiente.blogspot.com/2019/06/departamento-de-justi…], which was a verbatim reprint of something published here about how DoJ authorities were looking into massive money laundering in Swiss banks, involving some of the usual suspects / convicted criminals cited above. Needless to say that Infodio never filed such DMCA, however the allegedly infringing post, and parent blog, have been deleted.

Medium is another blogging platform that reacts immediately to fake copyright infringement claims, summarily deleting stuff without even as much as a chance for publishers to counter.

Sanchez must have realised this, and lives in the same sphere as that of his clients: abuse legislation till someone somewhere finds out and pushes back. Rinse and repeat. The internet, even more than Swiss banking, is filled with this type of thugs. Both need to be put under sufficient sunlight. 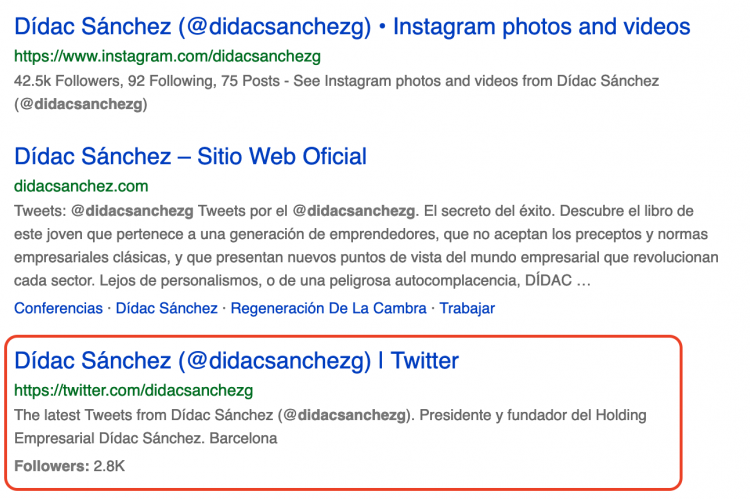