Russian oligarchs have become unpalatable, toxic. The social contract that existed between them and countries in the Western world that took / launder their money has been upended due to Vladimir Putin's Ukranian invasion. It wasn't always like that. There was a time when Roman Abramovich showed up in London with his loot and every last member of every establishment celebrated his business prowess, but above all else his largesse. He bought mansions, yachts, a very famous football club, and plenty of access. No one, nowhere, ever questioned origin of his wealth, and word got out. Others followed suit in quick succession. More football clubs were acquired, more law firms / spin doctors / estate agents pocketed fat retainers / commissions, more companies were floated and more politicians wined and dined on Russia's stolen fortunes. It weren’t just Ben Elliot and George Osborne. London became known as Londongrad rather quickly. Other European capitals were just as complacent, and embraced oligarchs, their families and their money. Remember Gerhard Schröder? And let's not even talk about New York, Miami, L.A.... While evidence of war crimes piles, European governments and the U.S.A. now pretend to be combating corruption seriously. Decades of merry money laundering can’t be undone by seizing a couple yachts and a football club. It is just such a farce.

But while on this subject it is worth asking: how about Venezuelan counterparts, known as boligarchs (Bolivarian oligarchs)? Much like Russia in the Yeltsin years, Venezuela produced a class of "businessmen" that became phenomenally wealthy overnight. While the going in Russia was to allow friends and family to acquire national industries for free, or with never-to-be-repaid State funds, in Venezuela it was the parallel foreign exchange market, bond issues, and procurement. No boligarch can compare with a Gennady Timchenko or with a Mikhail Khodorkovsky, however there are a few that "made" well over one billion dollars, and are happily laundering the loot in the Western world. There's even a former Treasurer who admitted to U.S. prosecutors to have taken over one billion in bribes and got just 42 months in jail. Their luck is that Nicolas Maduro does not have the means to invade anything in Europe.

Spain perhaps has the largest share of boligarchs. Like in the Abramovich case, everyone knows who they are, how they "made their money", and where they live. Spanish gossipy media covers in awe their lavish weddings. Real estate acquisitions are reported as legitimate enterprising. Like in the UK, the loot has arrived to the Spanish Liga, and like in the UK nobody questions anything.

For every Alisher Usmanov there's a Raul Gorrin. For every Alexei Miller there's an Alejandro Betancourt, for every Denis Bortnikov there's a Juan Carlos Escotet, and for every Evgeny Lebedev there's a Miguel Angel Capriles Lopez. The difference is that these aren't household names. No list of Venezuelan boligarchs has ever become popular, like the one produced by Alexei Navalny. To be objective, stolen amounts pale in comparison, as do size of economies, population, size, etc., between Russia and Venezuela. But this doesn’t mean that UK politicians are particularly averse at taking Venezuelan dirty money: both Labour and Tories have received donations, in actual cash.

Similarly in America, there's a league of Democrat and Republican facilitators that will continue torpedoing law enforcement, for how could "services rendered" by Fusion GPS, Adam Kaufmann or Rudy Giuliani be forgotten?

It is only because of Putin that a tiny set of Russian oligarchs are being "punished". Had the Ukraine invasion not taken place, the party would still be pretty much on, all over the Western world. To claim that seizing a football club or adding five names to a sanctioned list is some kind of harsh retribution, is not only inaccurate but beyond hypocritical. It isn't like London, Geneva, or New York are shutting doors to Russian dirty money, and Israel, Dubai, UAE, Hong Kong, etc., salivate at the prospect of "increasing share" in market of servicing Russian oligarchs.

In reality, most Russian oligarchs will carry on happily with their lives, with bought passports and plenty of money. Their opposite numbers in Venezuela will countinue counting and banking their luck. There are far too many jurisdictions where, if your country of origin isn't Russia, operations can continue as normal. The only way of truly squeezing this criminal class is to implement secondary sanctions globally, let the entire world know that there will be consequences. Sadly, this will never happen regardless of amount of bodies Putin leaves in his wake. 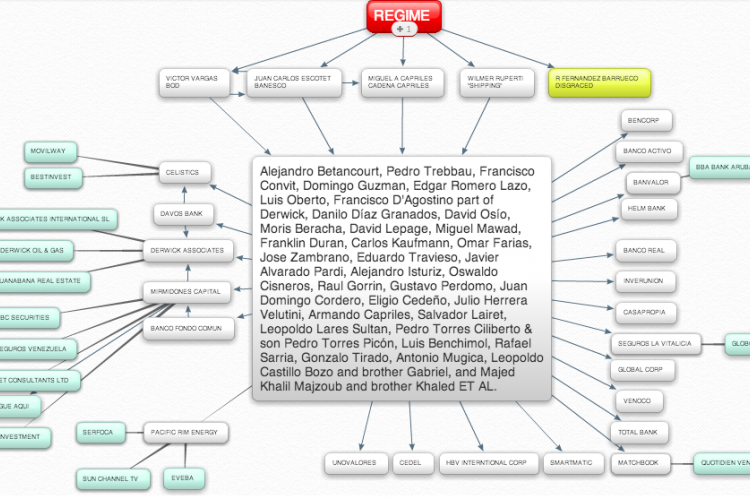