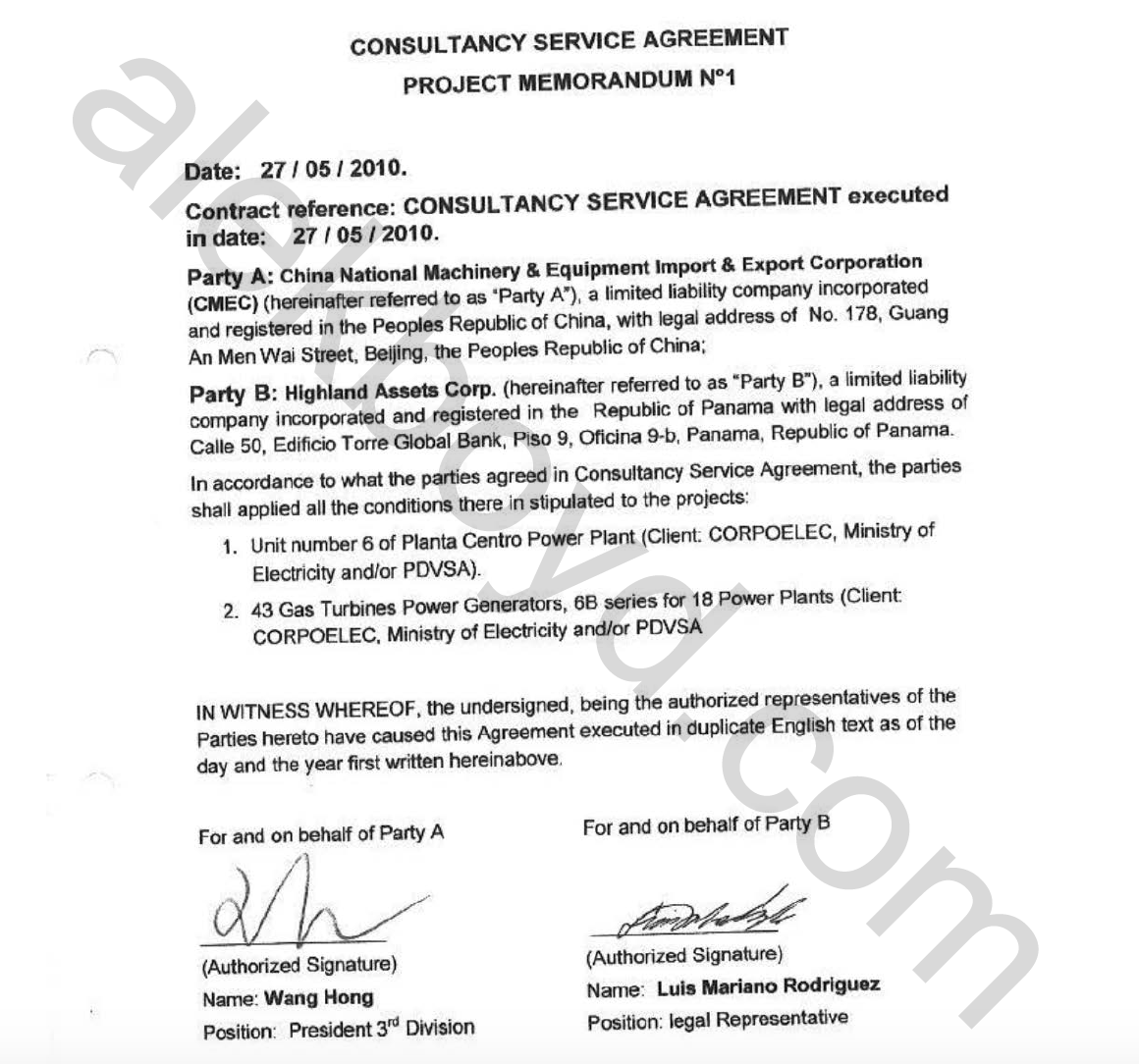 In various deals between Chinese corporations and PDVSA, Rafael Ramirez imposed his cousin Diego Salazar as conduit. Documents seen by this site show how Salazar signed representation contracts with Chinese companies looking to do business with PDVSA. Said Chinese cos would, ultimately, receive contracts from Venezuelan institutions under Ramirez, who in role of Minister of Energy and Oil exerted control over those institutions. An example is a contract dated May 2010, between Salazar (acting through Highland Assets Corp.) and China National Machinery & Equipment Import & Export Corporation (CMEC). A 10% commission is agreed between the parties on any and all contracts obtained by Salazar for CMEC.

But there's more. In September 2010, CMEC got a $1.46 billion contract from CORPOELEC, signed between Ali Rodriguez Araque and Luo Yan. A "commission" of 10% of that would have resulted in another payment of $146 million for Salazar.

According to the documents, Venezuela and China established a bilateral fund, called "El Gran Volumen", which would get $20 billion and provided financing to pre-selected Chinese corporations operating in Venezuela. While China chose its corrupt corporations, Venezuela applied same formula through Ramirez, by forcing the likes of Salazar and Nervis Villalobos into partnerships. Salazar and Villalobos would then follow Ramirez's intructions and ensure that some of the loot would be put to political use, as in the case of $25,000 monthly payments to Hugo Chavez's Ambassador in Nicaragua.

A letters rogatory sent by Andorra's judiciary to its DoJ counterparts (see pdf below) show various payments made from accounts at Banca Privada d'Andorra (BPA), declared by FinCEN as money laundering concern in 2015. One example is a €30.2 million payment that Salazar makes to UNOVALORES, the brokerage house owned by Luis and Ignacio Oberto, involved in turn in a $4.5 billion money laundering scheme also approved by Ramirez. The Oberto brothers were onboarded as BPA clients around 2007. 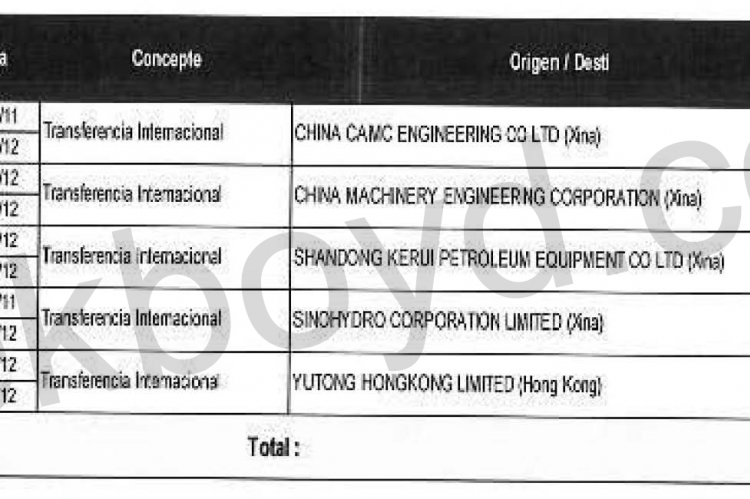