UPDATED 13/11/2020 - Following in the "fine tradition" of trying to silence investigative journalism, today we got a threat (see pdf below) from some French lawyers, Philippe Tessier and Luc Brossollet. Google to the rescue to see that Monsieur Brossollet is, or has been in the past, legal counsel to none other than Dominic de Villepin. That's right dear readers, the very de Villepin that was retained by Diego Salazar to get back some €200 million that were frozen once upon a time at his favourite money laundering concern in Andorra (Banca Privada d'Andorra). And why, we hear you ask, would this Brossollet character send a threat to this site? Well, he claims to have been retained by Coralie Oger and Philippe Pochet, lawyers from FTPA retained in turn by a Diego Salazar's "banker" to launder some €50 million through acquisition of two buildings in Paris.

Now, in the interest of transparency, this site did send requests for comments to Oger. Days went by without an answer, so we forwarded the request to Antoine Tchekhoff, one of the founders of FTPA. Neither replied. What we got instead was a threat from de Villepin's lap dog, about an alleged breach to some French law from 1881 (amended more recently), whereby this site is, allegedly, involved in 1) inciting criminal behaviour (Provocation aux crimes et délits); 2) attacks on life, integrity and / or sexual assault (Les atteintes volontaires à la vie, les atteintes volontaires à l'intégrité de la personne et les agressions sexuelles, définies par le livre II du code pénal); and 3) defamation.

Imagine, this site is exposing poor Diego Salazar in a "very dark portrait", this site is allegedly infringing client / attorney confidentiality by posting communications sent by Oger to Laplana on "October 30th 2020". But hang on, for we've also breached client / attorney privilege, by "carelessly" publish correspondence between Laplana and Oger sent October 26th 2020!

So deranged these avocats imbeciles are, that they claim this site is in breach of French law. They must have missed the class on jurisdiction. Oh, and this site was given 8 days to remove the offending post: When Diego Salazar wanted to launder money in Paris, FTPA and Jean-François de Clermont-Tonnerre came to help, or else.

Else, Madame Oger and Messieurs Tessier, Brossollet, Pochet, and Tchekhoff: to the thugs that have destroyed Venezuela and have caused the largest humanitarian crisis ever in the Americas, and to their facilitators, the answer is always else.

UPDATED 13/11/2020 - The good chaps at Gotham City followed up on the above, contacted Salazar's French advocats to request comments on their threat. What came back can only be described as moronic: attorney / client privilege prevents them from talking about connections to Salazar and participation in laundering corruption proceeds, but same doesn't apply when crafting completely irrelevant letters devoid of legal and jurisdictional basis? Anyway, do read below. I just love their choice of words ("casser le dents"), very apt for these imbeciles: 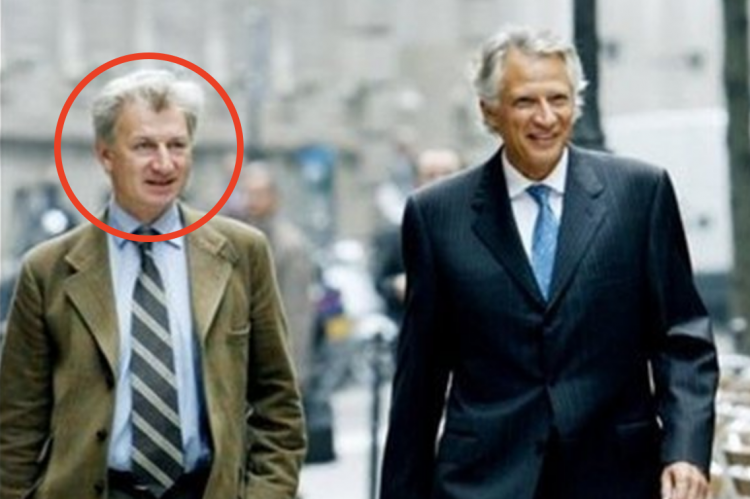