On Venezuela, Trump gov pushed itself into an impossible corner

Juan Guaidó, the self appointed, interim President of Venezuela is in a pickle. So are those who pushed him to assume a role that should have ended already. Everything started on false, or impossible, premises. Cese de la usurpación they called it, whatever the f*&% that means. The hope was that Nicolas Maduro would relinquish power. As if dictators / criminals of such ilk just wake up one day, knowing that without power and protection that office provides they're as good as dead, and just come to the realisation that time's up. Expectedly, it didn't happen, and it won't happen. Ever.

American hawks first said that no negotiation could be had with Maduro. They thought sanctions -death by a thousand cuts- would be enough to tilt the balance. But even the sanctions regime has not been as thorough as the situation needs. If the policy was to choke Maduro, any and all partners should have also been sanctioned. It's infantile to expect that closing one door when nine others are still open is going to asphyxiate anybody. Rosneft, Reliance, Repsol, Vitol, Trafigura, Cubametales, Glencore, CNPC, Gazprombank, VTB Bank, all PDVSA JV partners, banks, etc., all partners of Maduro, everywhere, should have been the subject of secondary sanctions. All access should've been shut, alas that's not going to happen either.

As it stands, some are making an absolute killing, while being very grateful and laughing at the U.S. half baked, haphazard regime change strategy. Life in Europe, with billions of dollars, is not a horrible prospect. On current conditions, Maduro can stay there for a looooong time.

Such strategy shows a profound ignorance. Chavismo is not a tribe with a single chief anymore than the Venezuelan army. As someone said once, no Venezuelan army chief partaking in drugs trafficking / gasoline smuggling worth billions of dollars is going to kick Maduro out. But more importantly, not even in Comandante Rubio's lalaland does ousting Maduro solve Venezuela's problems.

The reason is very simple: chavismo is a criminal enterprise formed by a multitude of gangs with varied interests. Ousting the head of one gang (Maduro), isn't going to make the slightest bit of difference. In fact, when the real leader of all gangs, the one truly respected and held sacred by all, died, nothing happened. No internecine warfare ensued. No trouble whatsoever arose. So why would anyone consider that it will be different this time, with a lesser leader? What information informs such thinking, the one provided by totally crooked opposition politicians that have been incapable of ever threatening chavismo? Or is it the one provided by totally crooked boligarchs that owe every last penny to chavismo?

The reality is Venezuela has enough to go round. Oil, gold, imports, drug trafficking, terrorism, extortion, kidnappings, gasoline smuggling, financial schemes, money laundering, arbitrage, procurement, and geopolitics are divvied among clans. No one clan controls everything. The looting of Venezuela, and it becoming a haven to criminals of all stripes, has been a very peaceful, democratic -all thugs welcome- and sui generis model. No turf wars littering the streets with dead bodies of rival gangs has taken place. The young chavista crime family isn't dysfuntional. Quite the contrary. It is extremely capable when it comes to power hoarding.

John Bolton and Secretary Pompeo probably didn't think that Maduro would last three months, but he has and there are no signs of him leaving anytime soon. The U.S. gov has had to go through a monumental climb down on expectations, and it will have to go further down. Revolution by tweet / hashtag do not bring about regime change, nor will 2-hour rallies on Saturday afternoons. The policy of "we won't talk to / negotiate with Maduro" has morphed by realpolitik. Military intervention was never an option, and Maduro has known it since before Guaido appointed himself in the middle of the street in Jan. 23 after getting a phone call from up North.

In addition, Maduro is not alone. The U.S. will not antagonise his fellow travellers. That's a fact. So the "new scenario" is like the old: negotiations with Maduro will have to take place. There's already talk of elections. Electoral conditions will be negotiated, and Maduro, or some other representative from the chavista crime family, will participate. All the powers and resources of the State will be used to support the chavista candidate, as usual. Manual vote organised by universities, to solve the impasse and move along, isn't even a consideration. And in the event an opposition candidate wins a CNE-organised vote, chavismo isn't going anywhere. A power sharing model might appear, like in old times, but Chavismo will not disappear or wished away into the ether. Chavismo, or the Frankenstein of Acción Democrática and COPEI, is like Argentina's Peronismo. Better get used to it. The crimes they've perpetrated are likely to go unpunished.

There's, of course, huge economic interests at play: $180+ billion outstanding with foreign and domestic creditors for instance. The chances of recouping that are slim, at best. Look to the South. People that have made a mint out of trading the country's debt, will say that with Venezuela's oil reserves, allegedly the world's largest, it will be easy to repay all of it back once enough legal guarantees to protect direct foreign investment are in place. I am not so sure, considering the kind of investment and time required to raise output to sufficient levels.

Maduro could easily, by decree, modify the Hidrocarbons Law, allow PDVSA to become a minority stakeholder in new ventures, and signal his intentions to the market. He hasn't done so and he's been in power since 2013. Guaidó and co will bend over backwards to get to power in Venezuela. They'll make whatever promise to ingratiate themselves with creditors, though again, I don't think foreign debt is what keeps Leopoldo or his  "energy experts" up at night.

The reconstruction of Venezuela isn't something a bunch of green, dangerously ignorant and utterly corrupt politicians is going to accomplish anytime soon. Whatever the outcome of the current crisis, chavismo is part of the landscape, and so negotiations will have to take place. 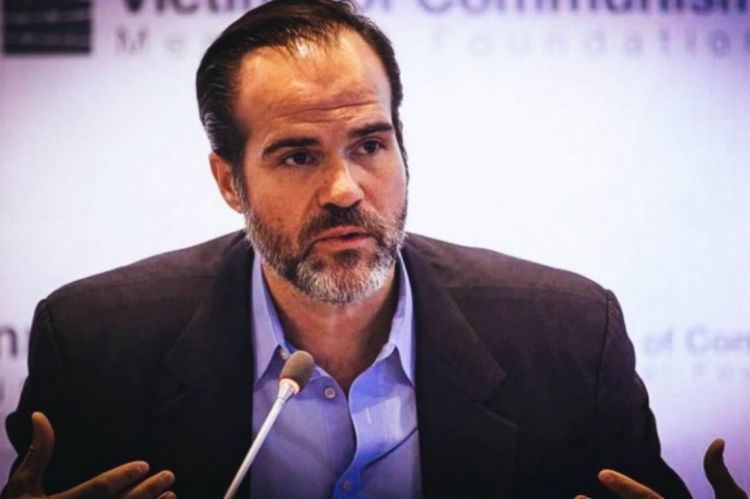