UPDATED 29/09/2020 18:48 GMT re Twitter limiting my @infodi0 account - Venezuelan boligarchs are brazen. But none like Alejandro Betancourt, the main thug behind Derwick Associates. When it comes to ballsy moves, this guy is in a league of his own. Like Helios, far too flashy (and stupid) for his own good. In one for the annals of #youcantmakethisshitup series, Betancourt has filed numerous requests and appeals (see pdf below) against FINMA, Switzerland's financial watchdog (ht Sven Millischer for the heads up). FINMA determined in the summer of 2018 that Banca Credinvest had serious shortcomings regarding anti money laundering procedures. Then, in November 2018, FINMA started an enforcement process due to money laundering breaches. Betancourt's reaction? File legal demands to force FINMA to keep him abreast of criminal probes against Banca Credinvest, where he is a minority shareholder, but had never bothered to notify FINMA about it!

Banca Credinvest is the epitome of a money laundering concern. This site would argue that most of its 2.127 billion Swiss Francs ($2.3 billion) of assets under management are illicit proceeds from corruption. We started alerting about its ownership in March 2016. In February 2018, when FINMA sanctioned Gazprombank due to its money laundering activities, read for helping Derwick launder its corrupt proceeds, we reiterated our call. In November 2018 we even published a list of Banca Credinvest shareholders, a true who's who of Betancourt's completely corrupt universe. Banca Credinvest hid its shareholders behind a Luxembourg vehicle called HBC Luxembourg S.àr.l. (registered September 2013), which we also exposed in November 2018.*

@TheJusticeDept, a while back you entered into an agreement / fined Banca Credinvest. Its latest report (2018) claims it has ~$2.45Bn worth of AUM. Do remember that @BetancAlejandro, fugitive F. Convit & other Venezuelan thugs are involved. pic.twitter.com/j7CG84hD2Z

A source informed this site that Betancourt and associated thugs kept their Banca Credinvest shareholding below 5%, in order to not draw any attention from Swiss authorities, and to avoid having to declare the stake. But when FINMA started looking into Banca Credinvest in the summer of 2018, Betancourt instructed none other than Prof. Dr. Peter Nobel and sidekick Dr. Christoph Peter, to demand that he'd be informed of any and all money laundering probes against Banca Credinvest. Basically to be considered a party to the proceedings, despite the fact that he is a minority shareholder.

It is very indicative, of Betancourt's preponderance in Credinvest, that he's basically demanding to be considered a majority shareholder, one with rights to be informed about what is happening. If our interpretation is correct, Betancourt based his demands on the fact that in investigating Banca Credinvest's Venezuelan shareholders, FINMA would have identified him first in the list, ergo his right to be a party to the proceedings.

The administrative court's put down is very elegant, I must say. It sounds specially good in Italian (see below). Added 30/09/2020: the ruling states that Banca Credinvest was, in fact, in favour of Betancourt becoming a party to proceedings, for that would have given him the right to secrecy with regards to access to information related to FINMA's money laundering probe. Credinvest then doubled down, with another request filed 10 February 2020, whereby not adding Betancourt as a party would have prevented him from knowing -as Credinvest's minority shareholder- whether ot not FINMA's probe was related to his own corrupt activities at PDVSA. Lastly, Betancourt's counsel filed again on 13 May 2020, rejecting FINMA's decision to not give any information pertaining money laundering probe. This was again dismissed on the basis of prevailing bank's secrecy laws in Switzerland, which do not establish rights for shareholders to know about criminal probes conducted by authorities. END

The sad part is that in the decision, there's a claim that suggests that FINMA has no intention of acting against Betancourt personally, insofar as his holding a minority stake in Banca Credinvest is concerned. On the other hand, presumably the very laws that allowed Betancourt to avoid notification to financial authorities of his stake, prevents him as minority shareholder from being a party to the FINMA proceedings against Credinvest.

PDVSA gets the usual mention, as source of all corruption, and one to which Betancourt owes, erm, to the last penny of his "wealth". 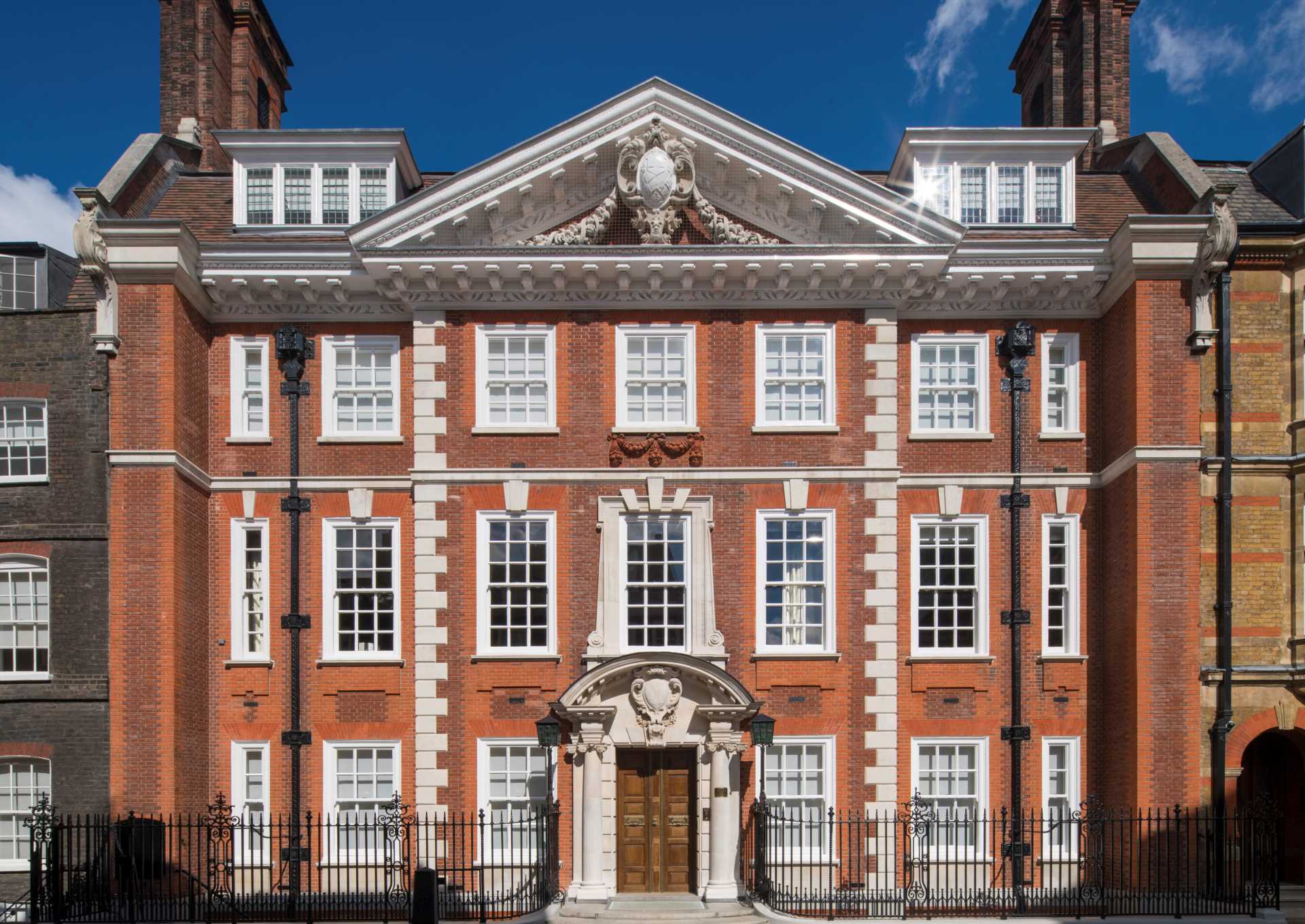 Betancourt's service address in the Swiss ruling is another prize: 4 Cowley Street, SW1P 3NB Westminster, London. That would be this little shack, worth over $45 million. The property is registered to Garnet CS Limited, an Isle of Man shell, whose UBO Mohammed Abdullah M Al Nemer might be renting it out to Betancourt. Incidentally, Cowley4 Limited was a UK company registered by Betancourt that eventually changed its name to Sin Nombre Limited, and was ultimately dissolved in December 2019. Yet, today is 29 September 2020, and Betancourt still gets mail there.

This site has given specific information to the UK's Foreign and Commonwealth Office and to UK's intelligence about Betancourt's activities, presence in London and associates. For he is also a Russian tool, and the UK is meant to be tough on Russia, right? A Venezuelan, with Betancourt's track record, moving into a mansion a stone throw from the Houses of Parliament should, in theory, raise some eyebrows. In practice, no one bats an eyelid, least of all authorities that could launch Unexplained Wealth Orders on this sort of thugs.

This site would like to publicly thank Betancourt from providing official corroboration -in the form of Swiss court proceedings, not only of his Banca Credinvest's interest as exposed here years ago, but of his address in London, which we had known about for a while, but couldn't link to him.

* Unfortunately we can't link to those instances. Thank Twitter for deleting my @alekboyd account, where I kept those records in the public domain.

Betancourt seems to have a lot of pull with Twitter. Check screenshots below. Betancourt's service address is in an official document from a Swiss court, therefore not private, therefore publishing its details is not a violation to Twitter rules. 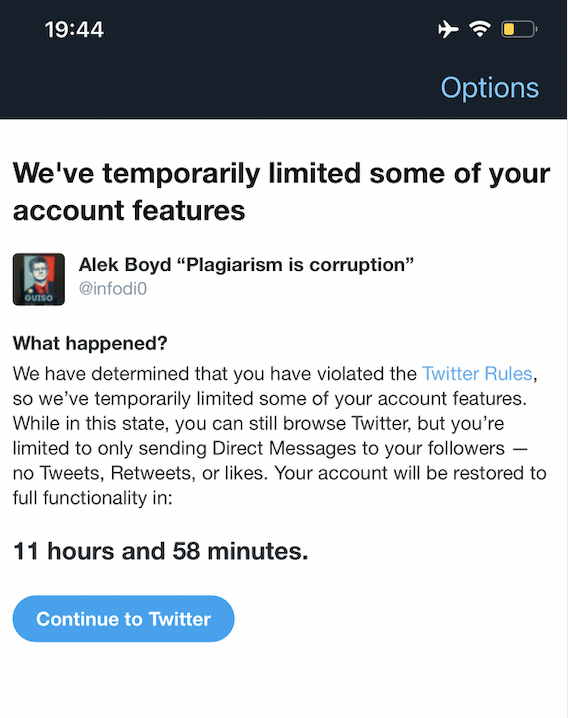 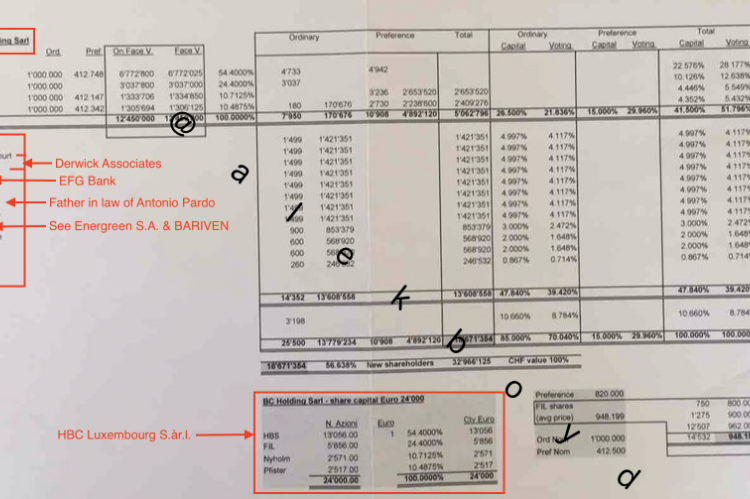