Julio Herrera Velutini has been indicted by the U.S. Department of Justice for his involvement in a bribery scheme that sought to place one of his stooges at the top of Puerto Rico's financial watchdog (Office of the Commissioner of Financial Institutions or OCIF). The reason why Herrera Velutini wanted to "use a paving roller over OCIF and build a new structure that regulates and doesn't persecute the banks and change documents or fabricate documents" was simple: he could never comply with established legal requirements about reporting his banking activities.

The scandal did not stay in Puerto Rico. As this site reported in January 2021, Herrera Velutini is a peculiar donor to the Conservatives in the UK, and a key figure in Venezuela's U.S. State Department's sanctioned opposition. Juan Guaido and boss Leopoldo Lopez use Herrera Velutini to find creative ways to move funds around. Lopez is a regular user of Herrera Velutini's private jet. Herrera Velutini allegedly purchased tens of millions worth of art from Valentina Tintori, Lopez's sister in law.

As some UK mainstream media finally wake up to yet more embarrassing aspects of now disgraced Prime Minister Boris Johnson and how systemic corruption runs through the Conservatives, it is still surprising to see how deficient corruption reporting remains in Britain.

The question that goes to the heart of Herrera Velutini's sudden interest in donating £535,604 to the Conservatives and financing Britain's monarchy pageants is: what does he want in return? This site has a plausible hypothesis: Venezuela's gold kept by the Bank of England.

Nicolas Maduro and Juan Guaido are battling in UK courts to gain control of some £1.4 billion worth of gold bullion. Guaido is not only considered an acceptable party to proceedings, but recently got the upper hand in a ruling to be contested by Maduro.

If recent events are anything to go by, Guaido and Lopez have been exceedingly efficient at gaining control of strategic Venezuela assets that are subsequently turned into unaccountable cash-cows to finance lavish lifestyles. Perhaps that is what Lopez is teaching at the Wilson Center these days, or maybe it is how to squander political capital through alliances with the likes of Raul Gorrin. It happened with Monomeros, a petrochemical subsidiary of PDVSA located in Colombia and intervened by regulators due to mismanagement, and it happened with CITGO, perhaps the most important asset Venezuela still has abroad whose control was handed over to Guaido / Lopez by the U.S. Treasury.

Herrera Velutini is but one agent acting for Lopez. He did not need to donate £535,604 to obtain a banking license in the UK; he did not need to sponsor the Platinum Jubilee Pageant to launder money in the UK, or to establish a residence. He did that to court Ben Elliot -Camilla Duchess of Cornwall's nephew- whose services to the world's corrupt are aptly named Quintessentially. He did that to enter the top echelons of a party whose leaders have no problem cajoling the world's corrupt. He did that to gain access to something called the Leader's Group, described in detail by Sarawak Report here, as a group of people that get regularly and secretly briefed by senior officials and cabinet members on the workings and policies of the UK government.

As soon as the bribery scandal and arrest of former Puerto Rican Governor Wanda Vazquez Garced happened, Herrera Velutini's partners in the UK immediately sought to distance themselves, putting out boilerplate claims that all was done above board. They are all lying of course, in that ever so prevalent Tory / Royal custom. No proper due diligence was ever done on Herrera Velutini, much less on his sudden wealth. If the future King of England can take cash from Bin Laden's brother, why would the Tories refuse illicit Venezuelan money?

In Venezuela's corruption fish pond, Herrera Velutini is hardly a presence. Certainly not in the top predator level. Not a billionaire. He was probably screwed by Pedro Torres Ciliberto (Hammerhead shark) but that does not mean he is clean. As most other Venezuelan 'bankers', becoming wealthy in the midst of the most atrocious economic climate can only occur when involved in gargantuan corruption.

He's been running away from chavista justice since 2009, and has obviously succeeded in convincing various authorities and regulators around the world that he's a victim, and that his banking operations are kosher. When watchdogs start asking simple questions about said financial activities, like in Puerto Rico, Herrera Velutini's resorts to his victimhood and not only proposes to "use a paving roller" to eviscerate regulators, but goes on to falsely accuse authorities of document fabrication.

"On March 3, 2020, HERERRA sent a text message to ROSSINI about the need for a "campaign manager," and how he "didn't want then to put a monkey from Puerto Rico." ROSSINI responded that the International Consulting Firm would find someone from Washington, D.C., and that "[w]e need someone that is ours."" [bold added]

If UK financial and political watchdogs had a sliver of integrity and duty of care towards preventing money laundering and corruption, Herrera Velutini would be operating from Spain, or Italy. As things stand politically in Westminster, Liz Truss appears to be heading for Number 10. Mark Fullbrook, her strategic and electoral guru -as per Sarawak Report "CT Group then Chief Global Projects Officer" retained by Herrera Velutini to work for Wanda Vazquez- will make absolutely certain no probe into Herrera Velutini ever gains traction in the UK. Truss herself won't be questioning her predecessor's and party's penchant for dirty money.

Another Tory party whale, Jacob Rees Mogg, has thrown his support behind Truss. If Rees Mogg does not find objectionable having Derwick's Alejandro Betancourt (Tiger shark) as next door neighbour, Herrera Velutini has no reason to fear any investigation into his affairs as long as the Tories are in power. This site would go further and claim no investigation into illicit Venezuelan money -with real consequences-  will ever be launched in the UK. Other completely corrupt Venezuelan operators regularly play polo with the Royals and nobody cares.

Venezuela's gold bullion will eventually end up in the wrong hands, whether those of Maduro or those of Herrera Velutini's superiors. 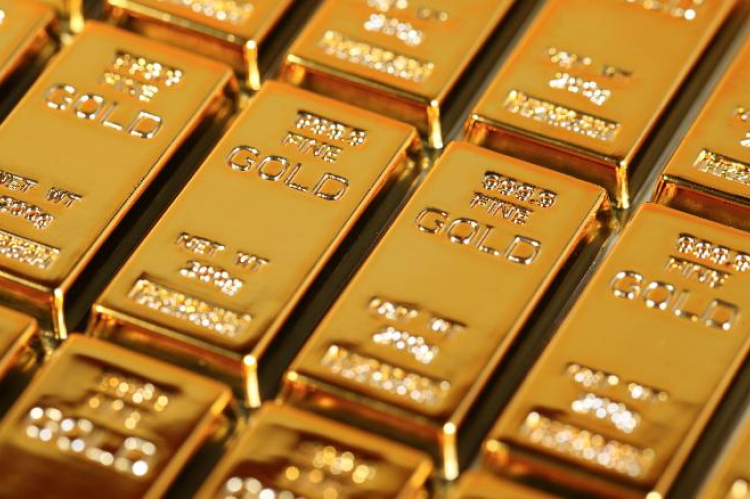