Someone must have shared "UPDATED - Nervis Villlalobos & Rafael Ramirez' web of corruption exposed" with Tareck el Aissami, who, in developing news, denounced yesterday some (just some) of the participants in a scheme that misappropriated and laundered over $4 billion dollars in 2012. El Aissami mentioned Rafael Ramirez, Luis and Ignacio Oberto, architects behind the theft of course. Nervis Villalobos, Juan Andres Wallis Brandt, Victor Aular and Abraham Ortega were also mentioned. But el Aissami left Asdrubal Chavez out (current President of PDVSA's Board of Directors), not a single mention, despite the fact that Asdrubal also signed with Ramirez the original PDVSA document that allowed the Oberto brothers to steal more than $4 billion.

A chavista of el Aissami's stature accusing anyone of corruption is the proverbial sight of a beam in someone's eye. In his different PDVSA roles to date, el Aissami himself is involved in plenty. Perhaps not as much as Ramirez, simply because PDVSA's income during Ramirez's tenure was considerably larger, but not because el Aisami is any less corrupt, and that's the thing, isn't it? No one knows for certain what is PDVSA's actual income, no one knows what el Aissami's management of PDVSA has or hasn't done, because now everything is off the books, involving players in jurisdictions that make information gathering nearly impossible. If anything, el Aissami's PDVSA is even less transparent than Ramirez's.

Asdrubal Chavez is the perfect example of chavismo's hypocrisy when it comes to combating corruption: he was there when Ramirez ran the show and he is still in PDVSA's highest roles. No chavista authority will ever question, or arrest him.

El Aissami accused Ramirez of bankrupting PDVSA. On that he is correct, however this sudden accusation rings hollow when considering that Francisco Convit, an active player in the Obertos scheme, lives in Caracas, not precisely in hiding, and yet he has not been arrested. No action has been taken against Danilo Diazgranados either. The Obertos come and go to Venezuela from their Mexican base as they please. Only Victor Aular, another signatory in original document, has been arrested. And Ramirez, who lives in Rome, in an apartment that Nervis Villalobos bought and refurbished for him as part of in-kind bribe payment for approving the deal, has not even been formally charged.

It is worth rehashing what this site published in August 2020 regarding the Obertos / Ramirez scheme, for el Aissami did not add anything new. Will chavista authorities go after every last person involved?

"But it was hearsay, and there was little in the way of solid evidence. No more. In any crime, it is never what people talk about, but what can be proven in a court of law. In this, $4.25 billion money laundering case, this site has the entire chain of evidence, since inception to what ultimately represents conclusion: payment of bribes to those who got the deal going.

We have the proposal letter that Juan Andres Wallis Brandt (Obertos' proxy) sent to Rafael Ramirez on behalf of Atlantic, dated 29 February 2012.

We have Atlantic's (Wallis) cession of "...totality of rights and obligations..." pertaining the contract between Atlantic and PDVSA to Violet Advisors, a shell controlled by the Obertos, dated 15 March 2012. For compliance reasons, arrangement between PDVSA and Violet would change to benefit Welka Holdings Limited (UBOs Obertos) in 2013. We have the document whereby Violet cedes all rights and obligations to Welka.

We have evidence of bribe payments made into different shells ultimately controlled by Betancourt (Minenven, Delphi, Julotti, Zoletto, Imminvest, IPC Investments, Vecon, and Sinfin). These got around $70 million from Violet into accounts held in Bank Frey, Compagnie Bancaire Helvetique, HSBC, and Julius Baer, between March-April 2012.

We have Compagnie Bancaire Helvetique's documents that link Betancourt & co, the Obertos, and Danilo Diazgranados to the scheme.

We have evidence from EFG Bank linking the Obertos to Pedro Binnagia, charged in another $1.2 billion money laundering case, which also involved Francisco Convit (partner of Betancourt).

If this site has been able to gather enough evidence to prove, beyond reasonable doubt, the corrupt nature of this $4.25 billion graft operation, how come Villlalobos and Ramirez still walk free? None of this could have happened without Ramirez. How come he has not been indicted? How come the Obertos were allowed to flee U.S. soil recently? 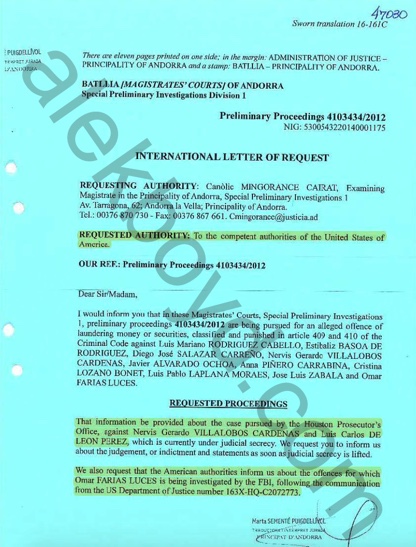 Rafael Ramirez was at the core of the scheme and, ultimately, had the last word in granting billions of dollars worth of contracts through his team of corrupt facilitators." 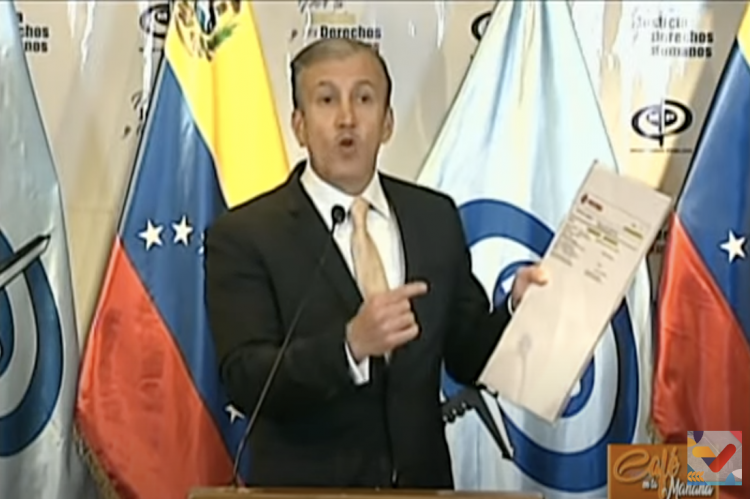