Alex Saab is in jail and is not coming out any time soon. That presented Nicolas Maduro & co with a problem: who could take his place in schemes to avoid U.S. Treasury sanctions, now that American justice had caught up? Enter Theon Ali* and Ensa Energia: a Trinidadian proxy with a shell registered in Labuan.

Over 21 million barrels of PDVSA's finest crude (Merey) have been lifted between Behand Holdings and Panglobal in less than a year, as per PDVSA's own liftings' schedule. Loading has taken place at José Terminal and Amuay in Venezuela, Willemstad in Curaçao and Point Lisas in Trinidad.

This group of proxies and shells started operations in early October 2021, before Saab's extradition from Cape Verde. Delcy Rodriguez and Tareck el Aisami are ultimately in control. Knowing that U.S. Treasury is highly unlikely to issue secondary sanctions, the group has all but done away with any semblance of care.

Documents seen by this site show Cameroon-flagged vessel M.T. Leviathan (registered owner Leviathan Shipping Corp, operated by Nathan PVT Ltd), lifting a cargo of Merey crude on January 23rd 2022 on behalf of Behand Holdings, to be delivered at the port of Qingdao in China. Behand Holdings appears as consignee in bill of lading produced by PDVSA.

Leviathan then departs for Malaysia (Pasir Gudang) where it had some work done and just sat there till April 19th, when Ensa Energia produced yet another bill of lading as shipper and consignee -for same cargo aboard same vessel- to be discharged in Qingdao, China. Thus, what was going to be paid to Behand Holdings -by end client- became a receivable for Ensa Energia, that is the two entities share same UBOs.

Saab's arrest and extradition was driven by DEA's interests, not necessarily by Treasury sanctions-busting schemes. So Ali and co are not preoccupied with adding STS transfers and incur in unnecessary extra costs. Ali's bosses know Treasury is equally blasé about the many dodgy trades that take place in / around Malacca Strait.

The group is also involved in food imports. Documents show that Ensa buys produce in Turkey that ends up in Venezuelan government-subsidised food packs known as CLAP.

Technically speaking, these trades do not violate Treasury sanctions on Venezuela / PDVSA as none of the parties involved are American, and U.S. jurisdiction is purposefully avoided. However, beyond falsification of documents there is an aspect of this operation that does fall within Treasury's scope of action: cash smuggling. Sources report that large quantities of USD in cash have been transported to Venezuela, outside banking systems. Funds are otherwise laundered through Banque Misr (Shadows Trading FZE - Prosource Trading) and Emirates Islamic (Emergio DMCC).

* Theon Ali, born February 17 1980, used to travel on a Trinidadian passport number TB722635. Sources report he also has a passport from Uganda Kenya. 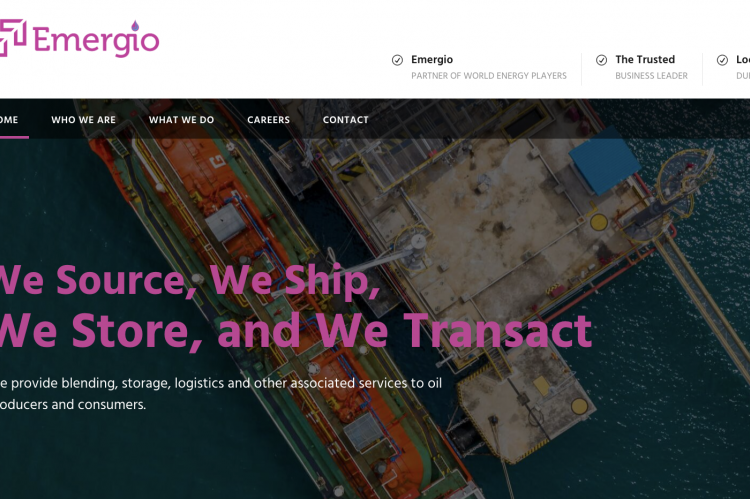