Elizabeth Holmes verdict: some are more guilty than others

Guess it would be fairly easy to write a feminist critique about guilty verdict, on counts of conspiracy to commit fraud and wire fraud, against Theranos' founder and CEO Elizabeth Holmes. The jury's decision seems particularly harsh, considering main victims here are the bruised egos of the imbecilic investors that fell for Holmes' unbelievable bullshit. Borrowing from her business pitch, a drop of common sense would’ve avoided the embarrassment, but greed springs eternal and Holmes knew how to capitalise on it. Still, up to 20 years for each of the four charges does seem like an extreme punishment, taken under the light of the sweet deal the Sackler family got.

Arguably, Holmes would not be in current predicament had it not been for John Carreyrou, a Wall Street Journal reporter who upon hearing Theranos' impossible claims reached the only logical conclusion possible: one drop of blood is just not enough to run myriads of tests. The whole Theranos business case was founded on that lie. It defies belief that Holmes was able not only to keep that lie alive for many years, but raise hundreds of millions of dollars from "clued in" investors, add big names to Theranos' board and turn them into advocates of supposedly a unicorn predicated on something as flimsy as one drop of blood.

Then again, America is the land that put Donald Trump in the White House and could bring him back. Is the place where Jeffrey Epstein was able to maintain a sex trafficking / abuse of minors scheme for decades. The land of Bernie Madoff is also the country whose Attorney General interferes with ongoing criminal probes at the behest of lobbyists like Rudy Giuliani. If the money and the network are good, there's little that can’t be done in the Home of the Brave.

This site found striking parallels between Holmes' tactics and those of a criminal group well known to us: Derwick Associates. When we heard that David Boies and Peter Fritsch had threatened Wall Street Journal's Carreyrou on Theranos' behalf we immediately remembered a similar episode, this time in Caracas, during which Fritsch and Adam Kaufmann tried the same on Jose de Cordoba and Kejal Vivas, two Wall Street Journal's reporters working on a Derwick Associates exposé.

Holmes' ability to web a net of powerful allies based on a lie is impressive, though ultimately justice caught up with her. Imagine now a criminal group, not from Stanford or Silicon Valley mind you but from Caracas, whose ability is so extraordinary that they are considered a "matter of national security", not for Venezuela but for the US!

Convit was put on fugitive status by the Justice Department for his involvement in Money Flight. Betancourt however, despite being co-conspirator number 2 in Money Flight, lives in London, right next door to Jacob Rees-Mogg, head of UK's Parliament and top official of Boris Johnson's government. Neither the UK, nor the US seem to be in any hurry to prosecute Betancourt. In fact, sources familiar with DoJ probes maintain that Betancourt cut an Epstein-like immunity from prosecution deal. This arrangement flights in the face of Holmes' guilty verdict in light of scale of Betancourt's criminality and known associations with Russia's FSB. It seems for American juries, some are more guilty than others. 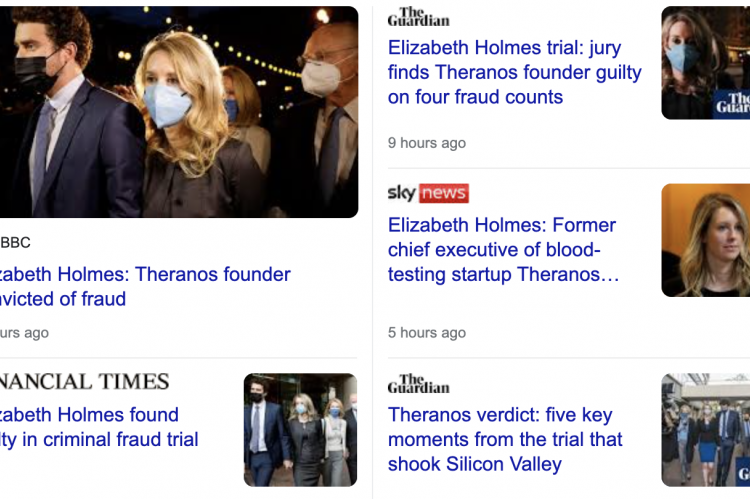