A restructuring proposal to take PDVSA back to its core business was making the rounds recently. Out with importing food, feeding chicken and building cardboard housing, in with amending laws to attract foreign investment and to allow PDVSA to become minority partner, recovering refineries, increase output and decrease taxes and royalties. U.S. sanctions, globe's oil glut, and the Chinavirus must have precipitated the move, which, has to be said, is and has been the only solution. Trouble is, the world's economy isn't going anywhere, oil demand will continue setting record lows for the foreseable future, ditto energy prices, so chavismo's decision to sweeten the pill to potential partners comes too late. There is, however, an interesting bit of news in that proposal: creation of a new PDVSA Rusia S.A., which shall get PDVSA's stakes in Nynas Petroleum and in APS SpA. Pardon, but APS who?

We like to keep track of all things corruption here, and given that PDVSA is both the main cash generator and largest source of procurement in Venezuela, we map subsidiaries and operations as much as possible. We have published about Nynas's very own debacle lately.

As it turns out, PDVSA has an off-the-books, 49.95% stake, in an Italian company called APS SpA. It established said association, allegedly, in 2015. Research into acquisition of APS stake, in PDVSA's books, reports, and audited financials, returns no results. Zero. Niente. So how did this partnership come about, who established it, and what proceeds (if any) has produced since?

Enter Rafael Ramirez, the architect of PDVSA's destruction. Ramirez has a brother in law, called Baldo Sanso. This Sanso character was Ramirez's favourite off-the-books deal maker during his reign as concurrent CEO of PDVSA and Venezuela's Minister of Energy. According to Guardian journalist Rory Carroll's book "Comandante", Sanso was the go-to man for companies chasing energy deals in Venezuela. Fees needed to be paid before application, of course, and Sanso boasted about the cool $2 million that international companies would pay "just to meet" him.

Fast forward a few years. Ramirez gets dethroned by Nicolas Maduro, and goes from all powerful PDVSA CEO / Energy Minister to, erm, owning a pizzeria near Rome and making videos that are watched by three people. In the meantime, his star advisor, while pretending he is some sort of financial wunderkind that cracked China, is now depleting at a rate of €250,000 transfers that fund where the $2 million a pop payments had been accumulating, sustaining lifestyles of not only Ramirez and wife Beatrice, but mum Hildegard Rondon de Sanso, ex wife Marjorie, son... A whole bunch of people without known employment living large in Europe is a costly affair.

From our network of sources we learned that Sanso established some sort of strategic partnership between PDVSA and APS SpA, and kept regular contact. While no official records have been found, further research revealed that PDVSA acquired 49.95% in APS, but subsequently reneged on a deal. In its website, APS claims that it entered into a partnership with PDVSA in 2015, and it rebranded. Reportedly it has engineering projects in different countries. There's a bit of pre-rebranding background here. More on PDVSA operations / partnerships in Europe (sans APS) here.

Looking into APS management and board provides more clues as to link with Ramirez's network.

And then, there's Humberto Jose Perniciaro Diaz, former legal counsel of PDVSA, who just happen to collaborate and co-author books on joint ventures in the context of Venezuela's Hydrocarbons Law with, none other, than Hildegard Rondon de Sanso: Ramirez's mother in law, co-legal counsel of PDVSA along with Ramirez's wife Beatrice, and mother of Baldo Sanso. 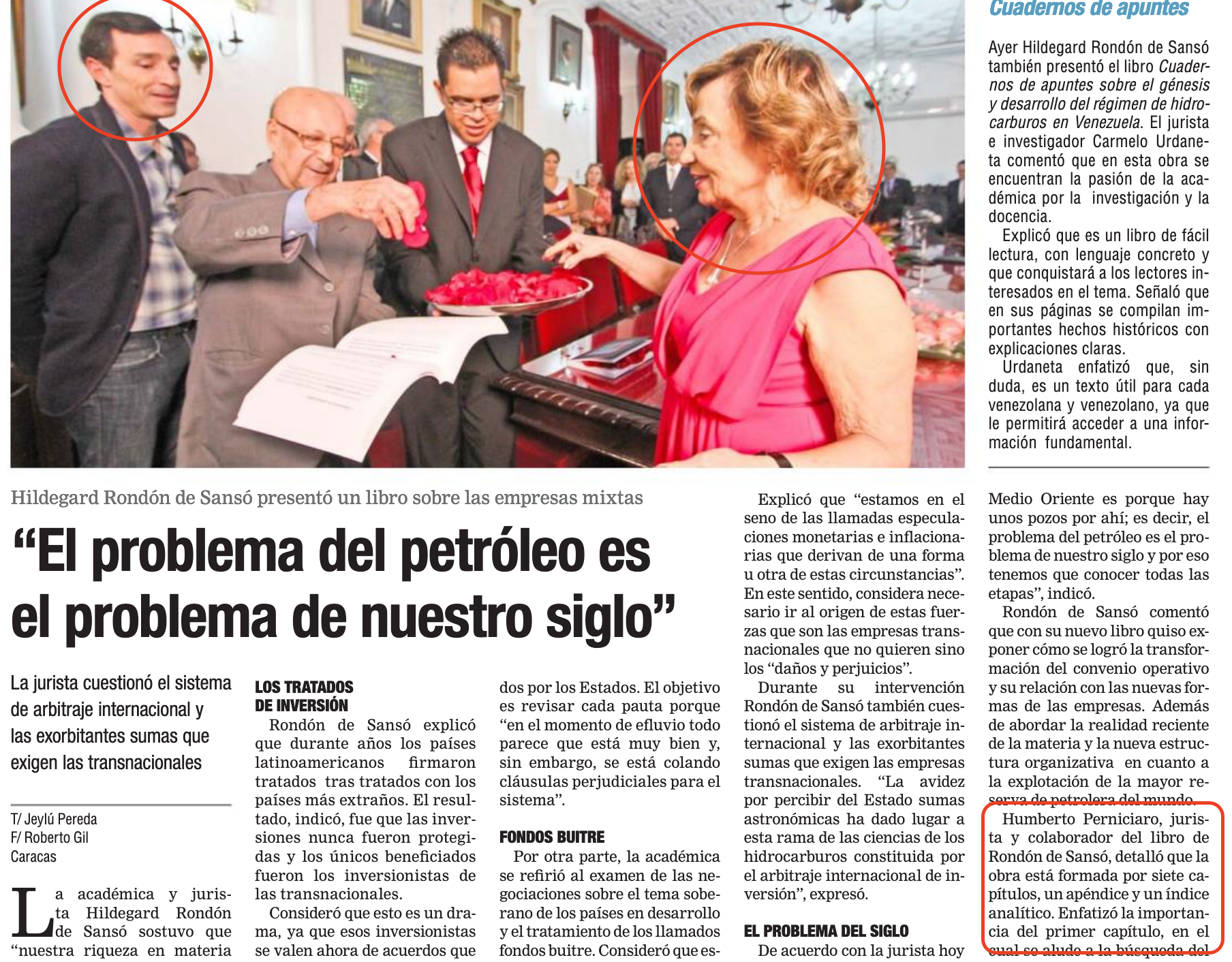 This is yet another exhibit of the corrupt regime that Ramirez ran in PDVSA with his trusted lieutenants. It is not clear what business did APS and PDVSA developed. Aside from mention in an engineering project, there's not a lot. In any case, how could PDVSA acquire 49.95% of an Italian company, without reporting it anywhere?

Requests for comment put to APS SpA have not been answered. 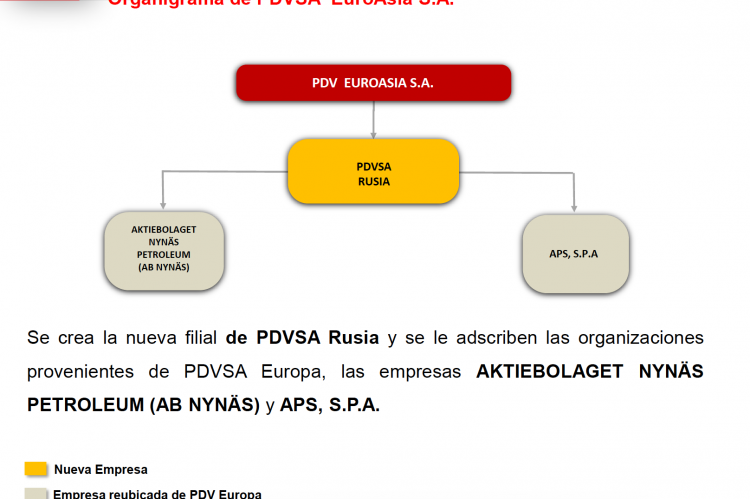