Rafael Ramirez needs no introduction. While most people know him as former CEO of PDVSA, former Energy Minister, former Venezuela Ambassador to the UN, we know him as the architect of the largest corruption scheme the world has ever seen. Under his watch, PDVSA got close to $1.3 trillion USD worth of income, of which little is left. But, like a broken clock, even a totally corrupt thug like Ramirez is right some time, and he is, indeed, absolutely right with respect to illegality of Rosneft's recent decision to divest its Venezuela assets to another Russian shell under Putin's control.

So Rosneft decides to "divest" its participation in different joint ventures with PDVSA, and it just announces it to the media, which goes and reprints whatever release without questioning the legality of the measure.

Rosneft's true intentions were clearly laid out by Sergio Mélik-Bagdasárov, Russia's Ambassador to Venezuela, when he said that it was only a transfer of assets from Rosneft to Putin's regime.

So Gazprombank, prior to Rosneft, decides to "divest its participation in Petrozamora", claiming “An indirect minority stake in Petrozamora JV was sold to a group of investors which have no connection to the Gazprombank group”. Reuters rushed to print, again without question.

Then, there's Nynas in Sweden, a PDVSA / Finland's Neste joint venture where PDVSA has the majority. Nynas went into administration, due to Treasury sanctions on PDVSA. Administrators were appointed. A reorganisation / restructuring plan is being discussed. Sweden's tax agency claims to be a party.

Prior to this mess, Russia's Gazprombank (not Netherlands-registered Gazprombank Latin America Ventures B.V.) announced it was selling its stake in Petrozamora (it didn't have one officially), to a "group of investors which have no connection to the Gazprombank group", read GPB Energy, the very same Gazprombank thugs that went originally into business with Derwick, thanks to one Rafael Ramirez.

Treasury issued a new license to Nynas on 3 April authorising certain activities. If our interpretation is correct, Gazprombank as parent company, Gazprombank Latin America Ventures B.V. as CVP's partner in Petrozamora, and GPB Energy fall within blocked person category due to existing Ukraine-related sanctions, and should not receive any funds during Nynas' reorganisation process. 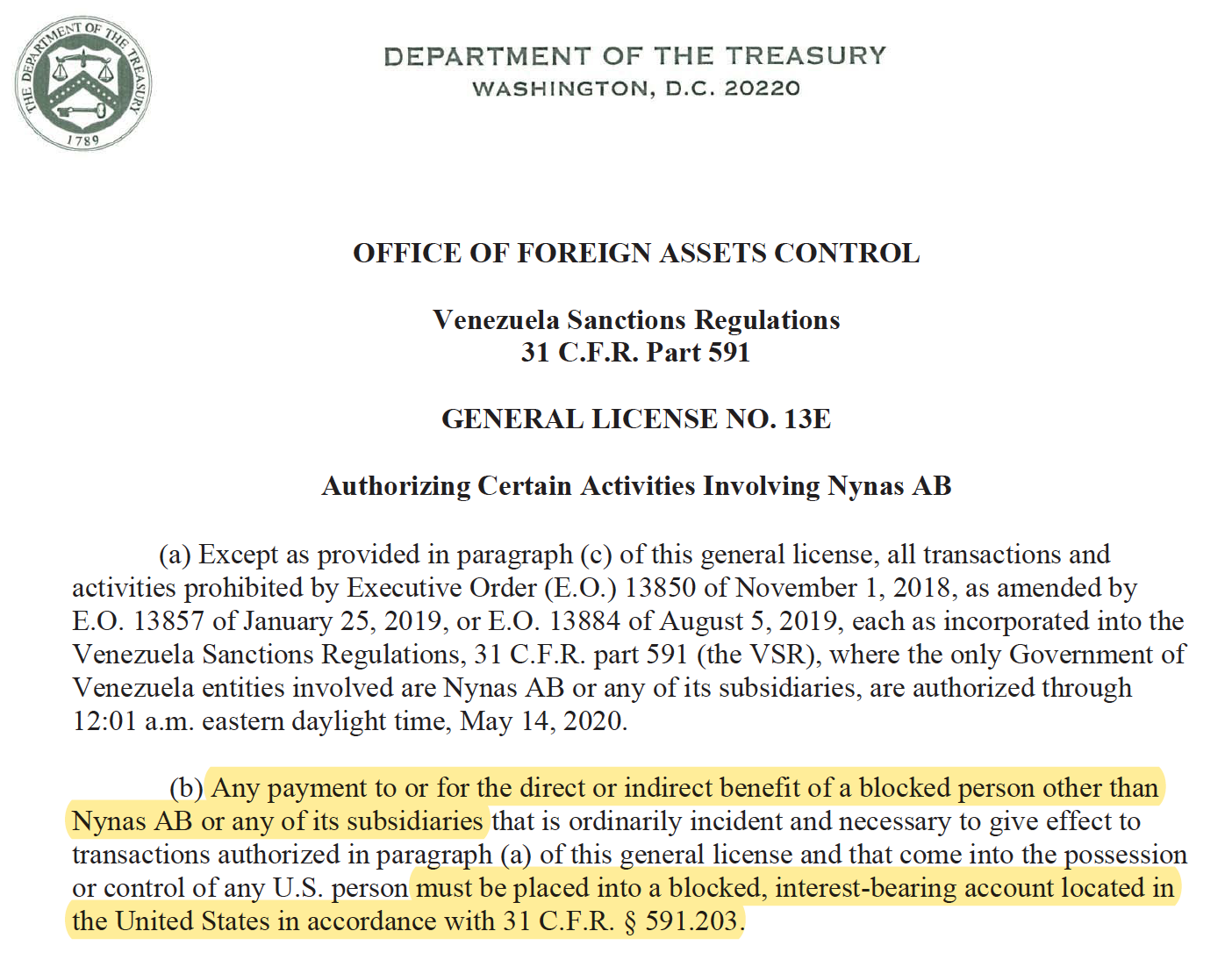 - Gazprombank announced it was getting out of Petrozamora in March 2019. Stake sold to "group of investors which have no connection to the Gazprombank group";

- Nynas goes into administration in December 2019, with some $360 million USD in debt to Petrozamora;

Needless to say that Venezuela's National Assembly has not even discussed, let alone approved, any such divestment. PDVSA has not said anything, officially, about it either. We can think of a couple of questions for Rafael Ramirez: why are you decrying Rosneft's recent announcement, when you said nothing of Gazprombank's exact same action last year? Is it not true that you were the one who laid the red carpet to both Rosneft and Gazprombank entry to Venezuela?

If proof of Russia's constant stream of fakenews and propaganda was ever needed, Nynas' reorganisation process demonstrates that its "Venezuela divestments" are total BS.