U.S. government officials Juan Gonzalez, Jimmy Story and Roger Carstens officially traveled to Venezuela over the weekend for talks with Nicolas Maduro. Carstens had already been to Caracas in early December to discuss the CITGO 6. People seem surprised by what they perceive as a change of heart at the White House, ignoring that Carsten and Bill Richardson had already visited Maduro (unofficially). Vladimir Putin's invasion of The Ukraine prompted the initiative, however the Biden's administration's Venezuela calculus is still wrong.

Yes Maduro should have been the U.S. government’s preferred interlocutor all along, but to bet on a reversal of Venezuela-Russia / Maduro-Putin relationship at this juncture -on the promise of sanctions relief- is as pigheaded as it was betting on Juan Guaido.

Putin's Ukraine invasion has demonstrated sufficiently that the U.S.' powers of persuasion and ability to dictate terms no longer exist. Sanctions could not / did not dislodge Maduro, much less will it knock Putin who remains in total defiance and threatening unprecedented escalations. Maduro is simply not going to jeopardise someone as helpful, resourceful and determined as his USSR-nostalgic friend.

Neither President Biden nor his State Department are in position to make demands in Venezuela. Maduro survived everything thrown his way, and with current oil prices is doing phenomenally well. He was never weakened by U.S. measures. PDVSA's oil never stopped flowing to international markets, thanks in no small part to Putin's people. In fact, Maduro showcased Trump's cretinous agenda to completely wipe the opposition and its leader.

It is almost certain that a detailed brief of that meeting and whatever demands / promises made by Gonzalez, Story and Carstens was sent to either Lavrov or Sechin. It is highly unlikely that Maduro will agree to anything with the Biden administration. If anything, he's in an even stronger position considering Putin's behaviour. Maduro will not betray Putin, whose steadfast support -since Treasury imposed sanctions on PDVSA and Venezuelan officials- became a lifeline.

The State Department could not even control its opposition puppets. It has much less of a chance to control Maduro, who has outplayed all of his political foes since 2013. Maduro will drive a hard bargain. CITGO will be his first demand, in order to commit to meet financial obligations with bondholders and, perhaps as important, to deprive the opposition of cash to continue operating internationally. There is no sense of urgency among Carlos Vecchio and Leopoldo Lopez to return to negotiated talks, while CITGO is under their unaccountable control.

Maduro, on the other hand, sits on up to 30 million barrels of stored oil. In addition to that Chevron has put all but a Treasury license in place to resume full operations in Venezuela. Other companies, like Repsol, ENI, Tipco, etc., are likely to follow back. With the very tangible possibility of another oil boom, Maduro is again the winner. The opposition becomes particularly annoying, for chavismo, in times of scarcity. When Hugo Chavez was throwing money around, the leadership of the opposition and their financial backers were all very happy and very quiet. 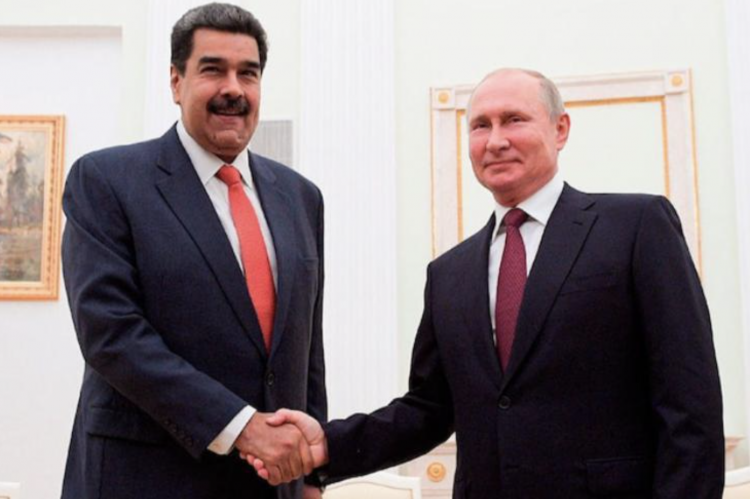