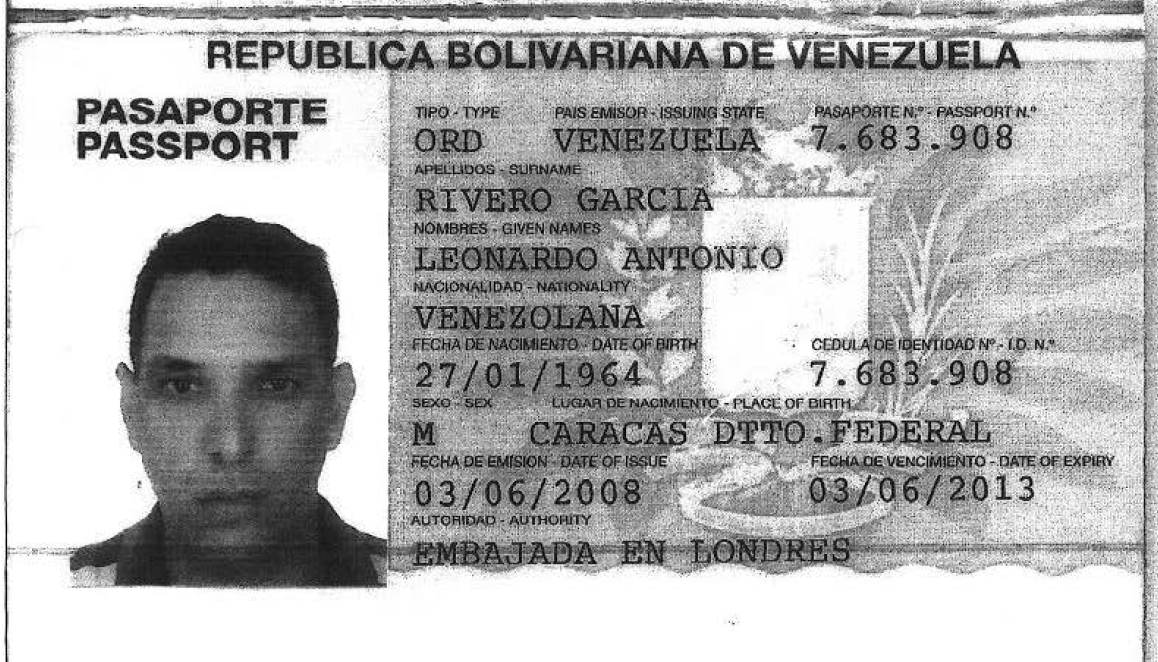 Cesar Alfredo Prada Maneyro and Juan Manuel Paez Maneiro received "personal loans" for $50,000 and $115,000 respectively in November 2012. The funds were wired from an account (AD21 0006 0008 2612 0054 3611) at Banca Privada d'Andorra (BPA) that belonged to a company called Codfish Investments S.A. Prada Maneyro is a chavista diplomat. At time of payment he was part of the Bolivarian diplomatic corp in Madrid. Paez Maneiro is the son of Rocio Maneiro, chavista ambassador to the UK, who had her own BPA accounts which, separately, got over $1 million worth of payments. Codfish Investments S.A. was registered in Panama, by BPA Serveis, on instructions from Romina Sabina Estada Colazza and Leonardo Antonio Rivero Garcia. Estada Colazza has Venezuelan and Italian citizenships; Rivero Garcia is Venezuelan. The latter is the brother of Luis Alejandro Rivero Garcia, Nervis Villalobos main man at INGESPRE.* In any case, both were at the time proxies / employees of Villalobos. Villalobos, in turn, had dozens of companies registered by BPA Serveis, a fully owned subsidiary of BPA. 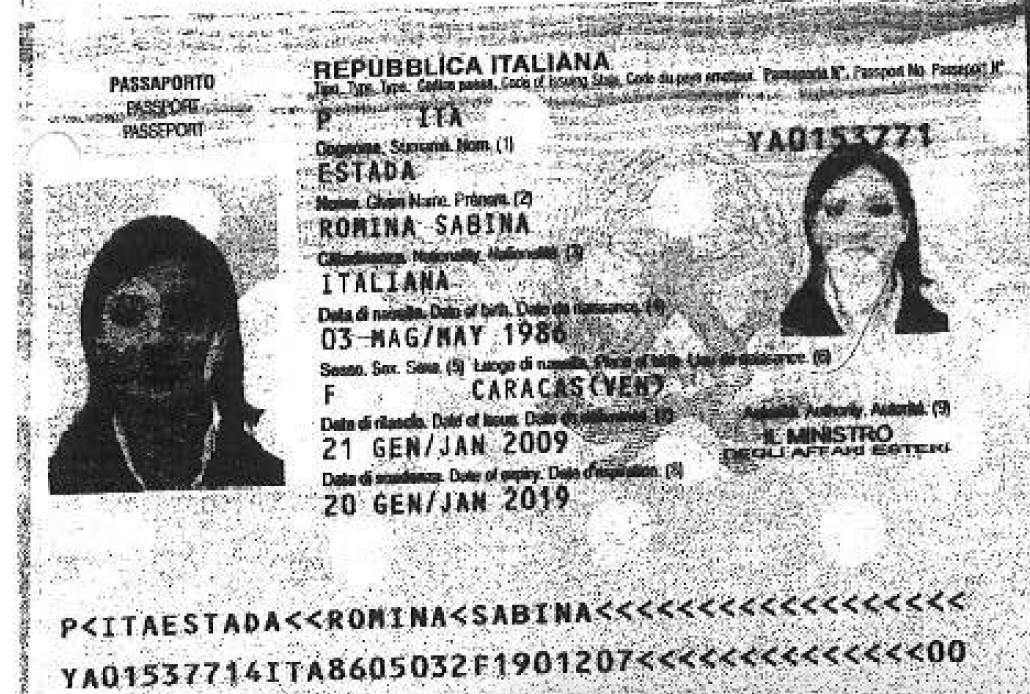 Corpoelec and other public institutions was the origin of all funds that arrived in BPA accounts controlled by Venezuelans. Ramon & Higini Cierco (BPA owners), however, never saw fit to comply with established anti money laundering regulations. Villalobos, in fact, became a BPA client in 2007. He developed such an extraordinary working relationship with the Ciercos, that Estada Colazza and Rivero Garcia had their very own @bpa.ad email addresses, from where they sent many internal instructions to BPA's staff.

A Letter Rogatory sent by Andorra's Magistrate Canolic Mingorance to the U.S. Department of Justice in January 2018, regarding involvement of Villalobos in a vast money laundering scheme at BPA, makes an extraordinary and previously unseen claim about bribe payments that  "...were made through the accounts of the accused and of the Panamanian companies controlled by them at the banking entity BANCA PRIVADA D'ANDORRA, through which more than USD 2,000,000,000 passed..." 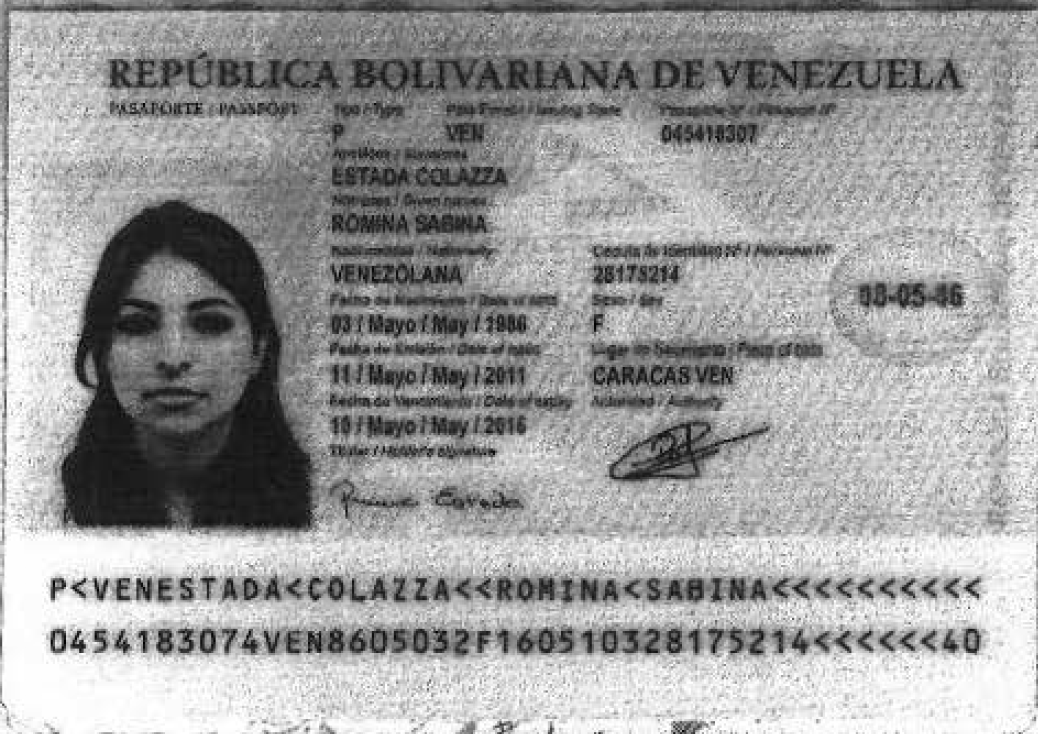 Furthermore, Magistrate Mingorance's criminal probe has obtained very precise details of bribes paid through BPA to a myriad of shell companies created for specific money laundering purposes by BPA Serveis. As a way of example, when Villalobos was first onboarded in 2007, he camed armed with a shell called Trismas Foundation. All other Villalobos-controlled accounts opened subsequently, only had the signature of Pablo Laplana (aka Luis Pablo Laplana Moraes, Uruguay citizen), the Boris Collardi of BPA.

Villalobos accounts not only received bribes, but acted like bribe-payment central at BPA's completely corrupt HQ. According to Magistrate Mingorance, "In total, VILLALOBOS pays into Andorra USD 93,175,874 and €45,120,008." That's roughly $150 million worth of "comissions" accounted for, just at BPA (Villalobos had many more accounts in other traditional money laundering jurisdictions).

Crucially, the $2 billion referred to by Magistrate Mingorance does not represent the totality of money laundering schemes set up by Villalobos while Rafael Ramirez headed PDVSA. While Villlabos received bribe payments from the Oberto brothers (also BPA clients) for his "services" in the $4.5 billion PDVSA - Atlantic money laundering scheme, it remains a fact that that deal -$4.5 billion let's not forget- was structured by Swiss banks EFG and Compagnie Bancaire Helvetique, and not at BPA. Villalobos is, therefore, directly involved with Ramirez in -at the very least- $6.5 billion worth of corrupt deals.

So when Villalobos wanted to pay back to Ramirez some of the proceeds, he instructed Estada Colazza to deal with it. On 29 March 2012, Estada Colazza sent an email to Alejandro Saura Alonso (proper BPA staff) and to Rivero in CC, which said "Hi Alex, good afternoon. I'm sending you wire intructions, we are going to pay from Megana for a property we're buying in Italy, I'll send documents bit by bit."

The funds were wired between Megana International Ltd and Tristaina Trading S.A. It was an internal BPA transfer. The property in question is the current residence of Rafael Ramirez in Rome...

Laplana was, without question, BPA's "onboarding superstar". He also serviced Diego Salazar, Ramirez's first cousin. So when Salazar wanted to do something similar regarding real estate acquisitions in Paris, Laplana was on it.

Safe to say then that BPA was a proper money laundering concern, as determined by U.S. Treasury's FinCEN. The Ciercos, deluded thugs as all of that ilk, didn't take it seating though. They got into bed with all sorts of very legitimate characters, like Spain's "Comisario Villarejo", to try to revert FinCEN's advisory. Villarejo and his criminal partners thought appropriate to approach none other than Paul Manafort. The Ciercos ended up "investing" some $16 million in a shell associated to Manafort. But that came to nothing as, alas, it would seem to be the case with Magistrate Mingorance's request to DoJ.

Villalobos remains a happy camper in Spain. Same applies to Alvarado. Ramirez is living la dolce vitta in Italy, nobody bothers him. It is a disgraceful state of affairs considering the amount of evidence available to law enforcement bodies.

This site will take issue, however, with Magistrate Mingorance's estimation: $2 billion is the bit of money laundering that BPA did just for Venezuelan clients. That might be a very conservative figure, for then, there were Chinese, Russian, Catalan, Argentinian and even Azerbaijani thugs, getting exactly the same service: Oliver Leon Georges Mestelan (aka Oliver Mestelan), proxy in chief of the Aliyev clan may have brought as much as €100 million to BPA, according to journalist Ricard Poy, author of the book "Las Siete Plagas de BPA." Poy claims Aliyev's funds remain frozen, as well as those belonging to Mestelan, who has exerted quite a lot of pressure on Andorran authorities. So interested is Mestelan to keep the whole association completely hidden from probing authorities and the media, that offers to donate the entirety of it, or bring fresh funds to finance infrastructure works, were made by Aliyev's representatives.

*Luis Alejandro Rivero Garcia was paid, by BPA and in undeclared fashion, as much as €3.9 million for his onboarding services. Payments to Rivero were made from same BPA source of B-payments used to pay Oliver Mestelan. His brother, Leonardo Antonio Rivero Garcia, was also an employee of Diego Salazar. 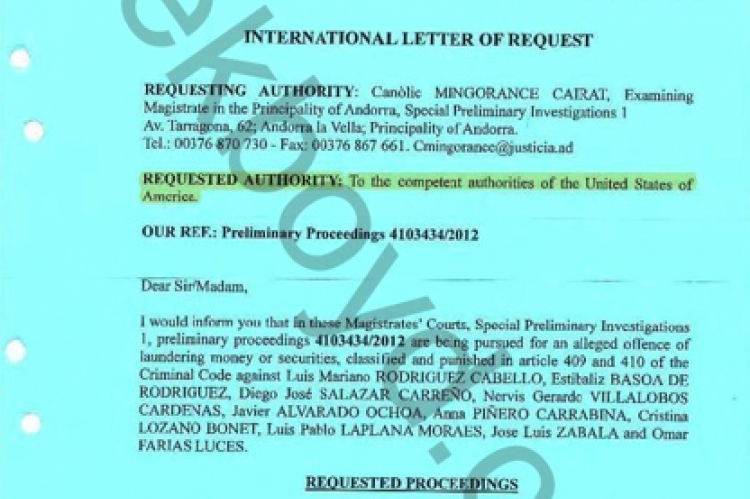