In race to loot Venezuela, Henri Falcon wants his pound of flesh

Henri Falcon, aka Henri Falsón or Henri the Fake, is a typical Venezuelan politico: he'll always try the shortest path to next meal. It is, therefore, unsurprising that one of his yesmen (Jorge Alejandro Rodríguez Moreno) would file an Amicus Curiae with the Delaware court dealing with the Crystallex v Bolivarian Republic of Venezuela case, to highlight the monumental and inescapable conflict of interest surrounding Jose Ignacio Hernandez: Juan Guaido's former "attorney / prosecutor / general counsel" (see pdf below). During Guaido's "government", Hernandez has been central to different legal campaigns to "protect and secure" Venezuela assets held abroad. Aided mainly by measures imposed by Donald Trump's government, Guaido has had moderate success in getting his grubby hands on some funds. This has led to internal quarrels within the "opposition to Maduro" camp, as Voluntad Popular (Guaido's party) is pretty much in charge of "administering" funds. Falcon-like figures have been left out of the piñata, and have taken their case to, erm, Delaware.

We've been ranting about Hernandez's unsuitability for a while now. He was more than just Crystallex's chosen expert on Venezuelan law. In fact, Hernandez was instrumental in Crystallex's veil-piercing success, that is, the legal expert that facilitated Crystallex's attachment of CITGO -as an asset that could be added to favourable $1.2 billion judgement against Venezuela- was indeed Hernandez, who has argued time and again that Venezuela controls absolutely alter ego PDVSA, and the latter CITGO.

Hernandez was also the expert tapped by Francisco Morillo, Leonardo Baquero, and Daniel Lutz (Helsinge) to assist in defence against illegal formation of PDVSA US Litigation Trust, and its fraud case against Glencore, Trafigura, Vitol, Lukoil et al. Hernandez has admitted in court documents that he's been contracted five times in total, in Venezuela-related cases. Every instance was as a legal expert hired by parties acting against Venezuela. Imagine how preposterous-a-situation then, having the same legal expert show up to argue for Guaido...

Guaido never thought about that, of course. Nor did Falcon, or his aide Rodríguez Moreno. But as chavismo is truly hurting due to Treasury sanctions, and there's very little money left, the rats are obviously on scavenging mode. Falcon must be thinking that he stands a chance in the Crystallex saga, and is basically challenging every action undertaken by Hernandez while on the role of Guaido's "Procurador General".

Chavismo recently took decisive measures against non-aligned opposition parties selfishly disposing of funds that used to be under their unaccountable control. Guaido's very own position is fast becoming untenable, as his quadrumvirate "administration" (formed by Leopoldo Lopez, Henry Ramos Allup, Julio Borges and Henrique Capriles Radonski) becomes unstuck. Falcon, once a chavista always a chavista, is firmly on Maduro's camp. He's after billions of dollars. His actions, and those of his secretaries, have to be appraised under that light.

The creditors' queue is very long, and growing. Two completely opaque vehicles also registered in Delaware (BRV Disbursement Co. LLC and BRV Administrator Co. LLC) were recently chosen by Guaido to receive and administer recouped funds. These thugs, all equally corrupt, are just in a race after spoils. 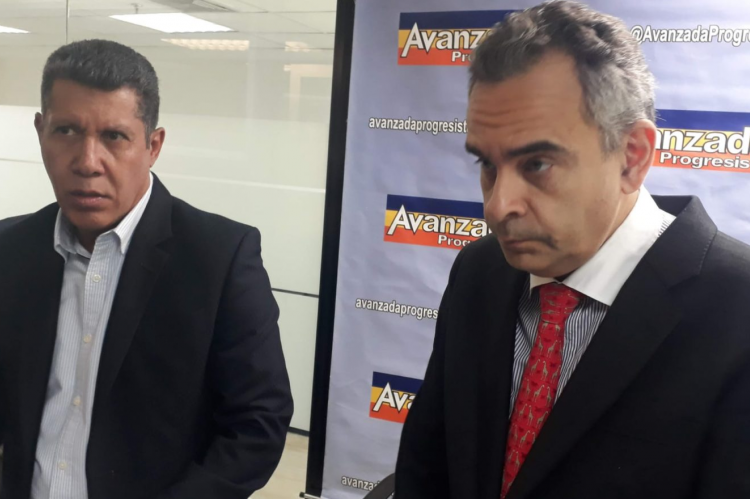